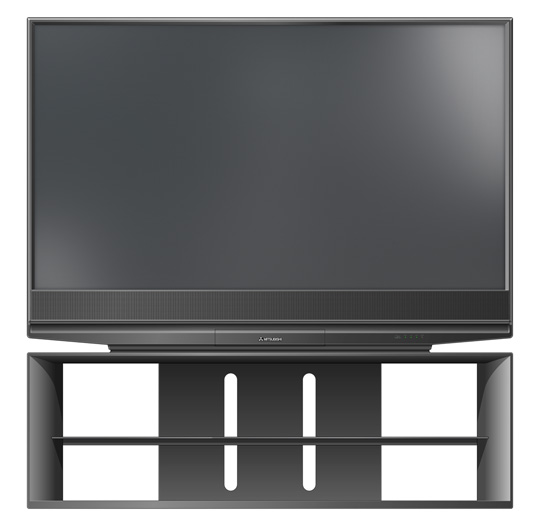 Also adding to the sets’ high performance is TurboLight, Mitsubishi’s patented lamp system technology that focuses light more efficiently to generate an on-screen image that is 10 percent brighter than that from a standard lamp system. TurboLight directs more light to the DLP chip surface resulting in a brighter, more vivid on-screen image. By focusing light more efficiently, a brighter image is created without increasing the amount of power consumed or heat produced, therefore maintaining lamp life and performance.
The new models’ picture quality is further refined with PerfecTint, an exclusive Mitsubishi feature that allows for independent tint or hue adjustment of six separate colors. This is a vast improvement over conventional tint control, which simply shifts the color of the entire picture. With PerfecTint, each of the six main colors can be adjusted without affecting the tints of the other colors.

The new models all come with Mitsubishi’s digital 12-bit video signal processing for a sharper, clearer and more finely detailed picture. Picture quality is also improved by Mitsubishi’s 4D Video Noise Reduction technology, which uses advanced algorithms to filter video noise without removing picture detail, resulting in a cleaner, clearer picture from most any source. All Mitsubishi 1080p HDTVs process 1920 x 1080p inputs without down-conversion to deliver the full bandwidth of the incoming signal directly to the screen for a true two million pixel image.

Mitsubishi’s new line-up continues the company’s commitment to easy operation and functionality. Connectivity is simple thanks to Mitsubishi’s ClearThought Easy Connect, which recognizes components as they are plugged in and displays only active inputs. And with Mitsubishi’s NetCommand, the entire home theater system is easily managed with a single remote control.