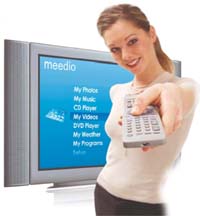 Houston, TX (PRWEB) February 24, 2005 — Meedio, the innovative developer of software for the digital home, today announced that its platform was chosen to demonstrate Cooper Wiring Devices’ (CWD) new lighting control products at Electronic House Expo in Orlando, Florida. The two companies have worked together to create an integrated home entertainment and control solution based on the popular Z-Wave wireless technology. This solution will enable consumers, builders, and system integrators to combine sophisticated digital lifestyle environments with reliable remote control.

“We have been consistently impressed with both the depth and flexibility of Meedio’s software platform,” states David Byers, Cooper Wiring Devices VP of Engineering. “We are extremely happy to be using Meedio’s applications to showcase the latest control capabilities of our hardware.”

Meedio develops a complete line of integrated software to manage and control the digital home. Its products include:

“Meedio is very excited to be working with a market leader as dynamic as Cooper Wiring Devices,” says Alan Cheslow, Meedio’s VP of Marketing. “Their leadership in the wiring device industry is clearly demonstrated by their aggressive pursuit of a new line of products that embrace the emerging standard of Z-Wave technology.”

Both Meedio and Cooper Wiring Devices are members of the Z-Wave Alliance. Z-Wave based systems are easy to install and use, and allow products from all members to interoperate seamlessly.

About Cooper Wiring Devices
Cooper Wiring Devices, a division of Cooper Industries, is headquartered in Peachtree City, Georgia. It offers more than 10,000 quality electrical wiring device products for use in industrial, commercial and residential applications. 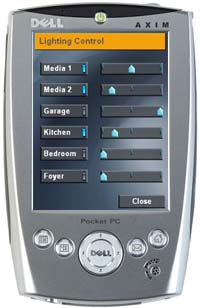