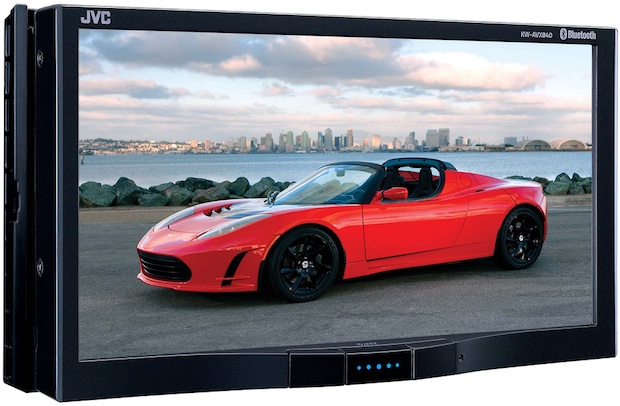 All models are compatible with JVC’s existing KS-U30 add on video playback adapter for iPod/iPhone which allows iPod Video content to be displayed on screen. The KS-U30 also displays content on-screen from some other iPhone applications such as YouTube and Netflix. This cable is currently available for $49.95. 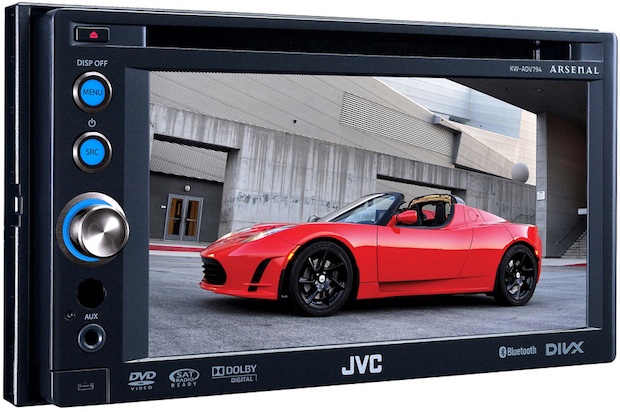 Also new to the 2010 line is the Arsenal KW-ADV794. The KW-ADV794 DVD/CD/USB receiver features a fully detachable 6.1″ VGA display, Built-in Bluetooth Wireless Technology, a rear USB 2.0 port with 2-way iPod control and External Mode for audio playback from iPod/iPhone apps. The KW-ADV794 is both HD and Satellite radio ready, and is WAV/MP3/WMA compatible. The unit also features MOS-FET 50 watts x 4, 3 sets of 5V pre-outs, Dolby Digital, wireless remote, and standard 2-year warranty. The receiver is available for shipping in February for $579.95. 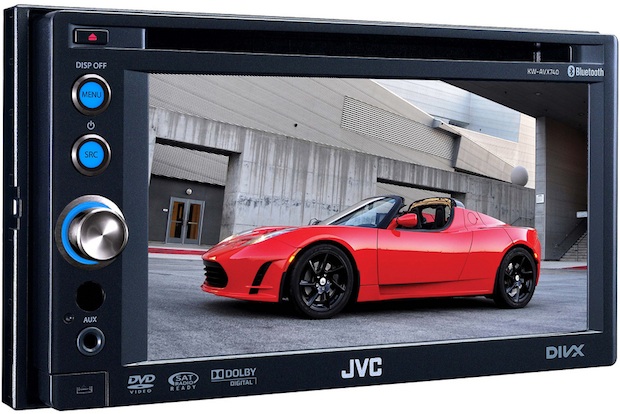 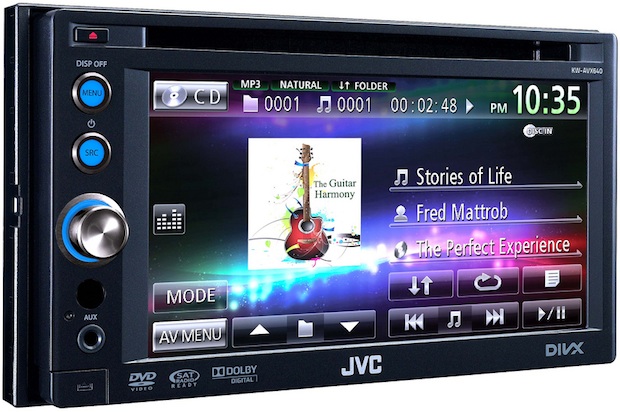 The single-din El Kameleon KD-AVX77 receiver, winner of the 2009 Best of Innovations award, also continues in the lineup as a single-DIN multimedia offering for 2011. JVC’s KD-AVX77 features an 5.4″ ultra-wide monitor that can display ratios up to 3:32:1. The unit includes built-in Bluetooth with high-quality wired microphone, and is ready for HD and Satellite radio. The KD-AVX77 features USB 2.0 for 2-way iPod/iPhone control, Dolby Digital 5.1 surround decoder and a high-quality DVD pickup connects through a simple rear AUX input and simple three wire connection process and mechanism. The EL Kameleon KD-AVX77 Receiver is available now for $649.95.