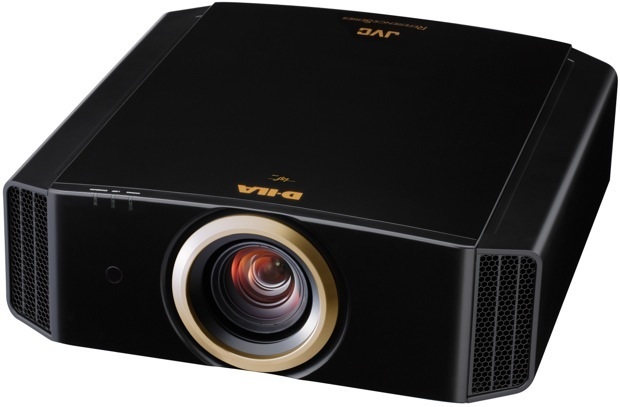 The JVC says the DLA-RS4800 takes 3D to the next level, producing brighter images with significantly reduced crosstalk. A new mode allows anamorphic lenses to be used with 3D content. And for more comfortable 3D viewing, a parallax adjustment lets viewers control the 3D effect. 2D programs may now be converted to 3D using a proprietary algorithm developed by JVC for high-end Hollywood applications.

Designed as an affordable alternative to JVC's higher-end Reference Series models, the DLA-RS4800 includes enhancements that not only deliver extremely high image quality, but do so on a limited budget. For example, programmable lens memories enable a constant height screen solution without reliance on an anamorphic lens. Plus, the same screen can be used for traditional 16:9 or 4:3 images without moving lenses. Three user memory positions are provided for storing lens settings such as focus, zoom, and HV offset.

With its HDMI 1.4a port, the DLA-RS4800 supports an expanded range of side-by-side (broadcast) and frame packed (Blu-ray) 3D signals. It is also compatible with JVC's new PK-AG2 Active Shutter 3D Glasses and PK-EM1 3D Signal Emitter (sold separately), which ensures solid signal transmission to the 3D glasses for a superior 3D experience.

Price and Availability
The JVC DLA-RS4800 is delivered with specialized quality control and includes a three-year warranty and spare lamp. It will be available through limited distribution in November 2011 for $4,995.