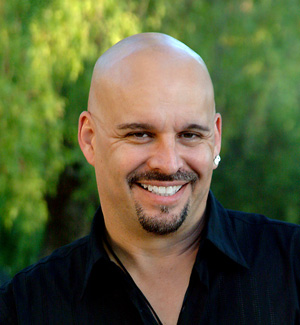 Miramar, FL–January 6, 2009– JL Audio announces the appointment of Carl Kennedy to the position of Vice President of Sales. In this role, Mr. Kennedy will guide the entire company’s sales efforts in the home, mobile, marine and professional audio categories. In addition to his expanded responsibilities, Mr. Kennedy will continue overseeing the day-to-day operations of the Home and Professional Products Division, which he has led since joining JL Audio in 2003.

As Director of Home and Professional Products, Mr. Kennedy led efforts to expand the JL Audio brand and its technologies. Under his guidance, JL Audio successfully entered these new categories with the award-winning Fathom and Gotham powered subwoofers. For the last two years, the Home and Professional Products Division achieved a top 3 ranking in Inside Track’s Supplier Loyalty Test, matching the long-standing track record of the Mobile Audio Division.

JL Audio President, Andy Oxenhorn said: “Carl has performed admirably as our Director of Home and Professional Products. He established a first-class dealer base and laid the foundation for tremendous growth in the years ahead. There is no question that Carl understands the culture, technology and products of JL Audio. His passion for great audio and his commitment to specialist retailers makes him a perfect fit on the mobile side of our business.”

In a related move, JL Audio has announced that Hal Moulton is stepping down as Vice President of Mobile Audio Sales, citing health issues. Mr. Moulton will continue to manage key JL Audio sales territories as Area Sales Director and will remain involved in a consulting role as his schedule permits. The company has chosen to eliminate the Vice President of Mobile Sales position in favor of Director-level roles for Mobile and Home Sales, reporting to Mr. Kennedy.

About JL Audio
Headquartered in Miramar, Florida, JL Audio has been manufacturing high-quality audio solutions for discriminating listeners in the mobile audio marketplace for nearly two decades where the company has earned worldwide acclaim and achieved significant market share. JL Audio products are sold exclusively by specialty retailers throughout the U.S.A. and distributed in fifty-eight countries around the world. Recipient of numerous awards and accolades, JL Audio loudspeakers, amplifiers and subwoofers have been awarded fourteen U.S. patents for innovative audio technology.