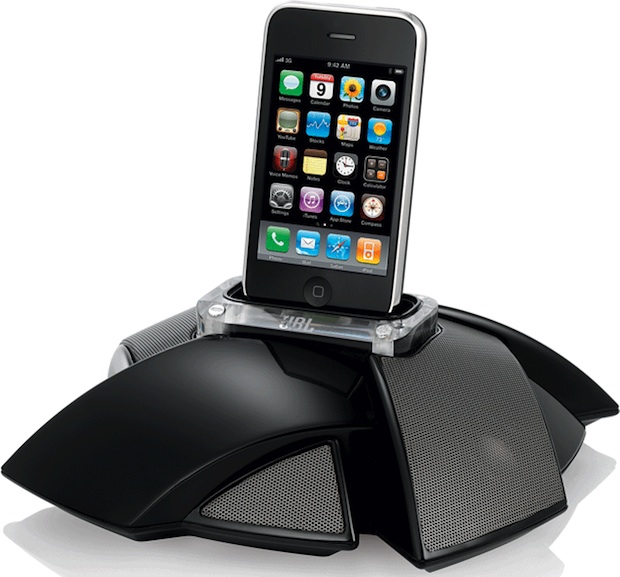 Harman today announced the JBL On Stage Micro IV iPod/iPhone speaker docking station in a brand-new industrial design: the Weave. The JBL On Stage is now in its fourth generation.

The JBL On Stage IV uses four Odyssey® transducers, emitting rich and clear sound for any environment such as dorm rooms, backyard patios or the beach. It includes an AC adapter or can be powered by six AA batteries that will provide up to 16 hours of normal play.

The JBL On Stage IV is compatible with most docking iPod and iPhone devices, and includes the Apple iPod universal dock adapter. Italso connect directly to iTunes via USB 2.0 with a Mac or a PC to synchronize the iPod/iPhone with iTunes. Touch-volume settings and mute controls make for easy operation, and each dock includes a built-in stereo mini-jack input for connecting to other digital music players, as well as CD players, gaming devices, laptops and desktop computers. 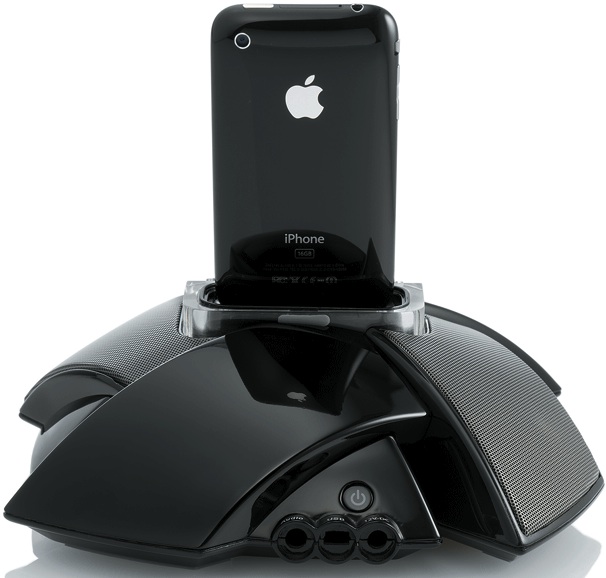 Pricing and Availability
The JBL On Stage IV is available in black and has a suggested retail price of $179.95.