A new manufacturer has entered the UK mobile phones market with a bang, INQ have teamed up with the dedicated 3G network 3 Mobile to release the INQ1 Facebook mobile phone, an exclusive social networking focussed handset that will keep users in touch with their friends pictures and status updates on Facebook whilst they are out and about.

This is the first time a mobile phone has actually been dubbed ‘The Facebook Phone’, most handsets with internet access allow users to follow friends on Facebook but the new INQ1 takes it a stage further.

The INQ 1 gives users everything they would expect from a mobile phone plus access to Facebook like never before, they can get Facebook notifications direct to their INQ1 including status updates, on-screen profile pics and loads more, straight to their address book.

And like Facebook on a normal home computer users can see who is on Skype and Windows Live Messenger at any time the INQ1 pulls in and loads all the information straight into the phones address book so keeping in touch with friends has never been easier. The INQ1 switcher and carousel allows users to whiz easily through all of their internet sites, applications and options at the bottom of the screen.

With Facebook for INQ1 users can upload photos and message their friends with super fast access to Facebook on their mobile. For those that love to chat Windows Live Messenger has never been easier to use. Even free Skype-to-Skype calls are just a button away. For those that love music the INQ 1 can update the tracks users play to their profile on Last.fm and show them recommendations for more music and gigs. All these great applications can be accessed at a touch of a button – The online social life is now in a pocket.

MUsers can make the phone their own by customising the INQ¹ with widgets so they can access weather and whatever else they need sent straight to their mobile. Internet addict? Surfing the web is a breeze with the clever new ‘auto-landscape’ browser rotation and users can get fast speeds on their laptop too with HSPDA — simply plug the clever INQ¹ into the laptop or PC , just like a USB Modem, and they will be online in seconds.

Further features of the new INQ 1 include a 3.2 Megapixel camera, large screen, Bluetooth and an MP3 music player. It’s the world’s first mobile which keeps up with the social life of its user and satisfies their Facebook needs in an instant.

Users can even use the INQ 1 as a USB modem for their laptop whilst away from home, just by plugging in the phone to surf at broadband speeds with ‘plug ‘n play’.

The new INQ1 Facebook phone has been initially released as a Pay As You Go mobile phone but is expected to be offered as a pay monthly contract phone in the very near future, for those that struggle to pass the network credit checks the pay as you go option is perfect as there are no checks involved.

There are also no worries about ongoing line rental charges spiralling out of control, the pay as you go system means that users can simply top up their calling credit as and when they run low. The INQ 1 will appeal to anyone who is hooked on social networking with Facebook – updating their status aswell as uploading pictures straight to their profile whilst out and about mean that they are constantly in touch with friends whever they might be.

WIRED12 years ago
Advertisement. Scroll to continue reading.
You Are Here 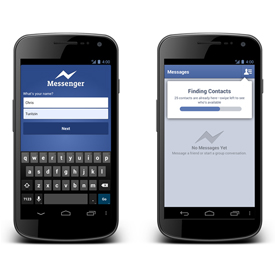 Much angst is being felt by netizens throughout the world about the latest move by Facebook to “force” those who wish to chat with... 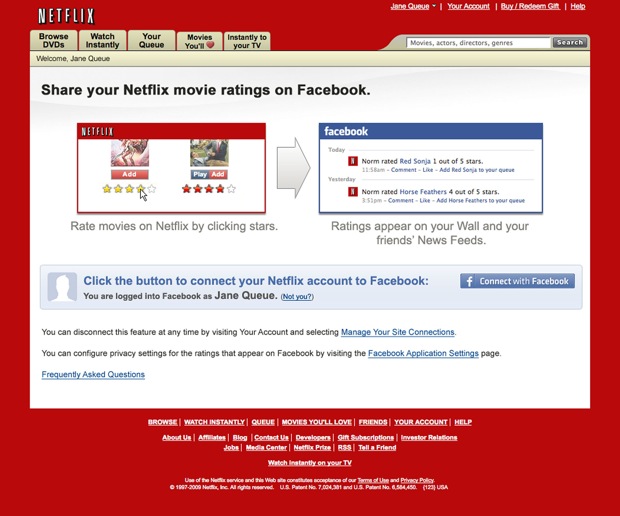 Enables Members to Share More With Friends As part of its plan to make Netflix features more broadly accessible to members and their friends,...