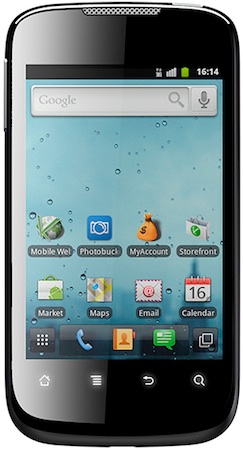 “The original Ascend has been our best-selling smartphone and the Ascend II is sure to impress our customers with its faster processor, 5 megapixel camera and the Android 2.3 Gingerbread operating system,” said Matt Stoiber, vice president and general manager of devices for Cricket Communications.

Price and Availability
The Huawei Ascend II is offered for a suggested MSRP of $179.99 in Cricket branded retail stores, select dealers and on www.mycricket.com. Prices may vary by market and by promotional programs.

The feature-packed Ascend II will be offered on Cricket’s all-inclusive $55 Android plan, which provides users with unlimited talk, text, 411 information, international text, unlimited and video picture messages, unlimited data services on the company’s reliable all 3G network, and more. Additionally, customers utilizing the $55 rate plan have free access to MyBackup, a system that enables subscribers to automatically protect, store and edit their mobile contacts online and without the need for data cables.