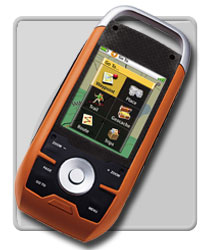 GPS satellite technology is becoming increasingly important as it is being embedded in an ever-wider range of mobile consumer devices to enable navigation and Location Based Services. While GPS handsets and in-vehicle navigation systems will remain the most lucrative markets, industrial applications such as network timing, land surveying, and machine control are quickly gaining momentum. By 2013 Global Navigation Satellite System (GNSS) end-user devices and systems will generate yearly revenues of $240 billion.

“The implementation of GPS technology in mobile consumer devices such as handsets and digital cameras, and its indoor use, pose some important challenges,” says ABI Research principal analyst Dominique Bonte. “GPS technology was designed for outdoor use and specific military applications, and its weak signals and long fix times are not well-suited to indoor environments and mobile devices such as digital cameras with their low power consumption and always-on requirements.”

Innovative workaround solutions based on the post-processing of the GPS signal are being developed, as is the use of assisted-GPS technology to provide location and satellite data to connected devices for faster fixes and better coverage. For deep indoor environments GPS will have to be complemented with alternative positioning technologies such as Wi-Fi, motion sensors or even TV broadcast signals.

At the same time satellite positioning technology itself is improving with the upgrade of the existing GPS system and the rollout of new GNSS systems. The GPS modernization project is in full swing with three Block IIR-M satellites launched in the last six months and the contract for GPS Block III satellites to be awarded soon. The funding for the EU’s Galileo constellation was finally approved and the second GIOVE-B test satellite was launched on April 27. The Russian GLONASS system has 16 satellites in orbit and should become operational by the end of 2008. These projects will result in more and stronger satellite signals and a higher number of visible satellites being available, which will improve coverage, accuracy, and reliability.

ABI Research is a leading market research firm focused on the impact of emerging technologies on global consumer and business markets. Utilizing a unique blend of market intelligence, primary research, and expert assessment from its worldwide team of industry analysts, ABI Research assists hundreds of clients each year with their strategic growth initiatives. For information, visit http://www.abiresearch.com, or call +1.516.624.2500.