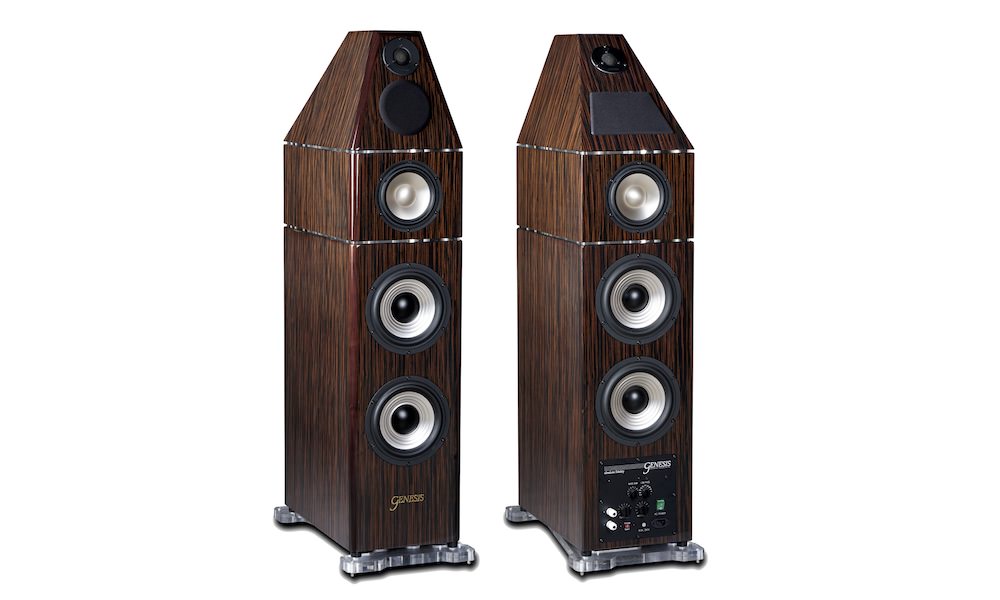 The Maestro features the Genesis Acoustic Suspension system so that it can be used on the many types of flooring encountered throughout the world – including uneven natural stone tiles, smooth granite, deep pile carpet, and suspended wooden floors. Stainless steel spikes and a suspension frame hold the loudspeaker rigidly for best imaging and bass control. Neoprene decouplers act like shock absorbers, making sure that the cabinet is not affected by floor-borne vibrations.

The three sections of the loudspeaker – midrange/tweeter, midbass coupler and woofers – are housed in three separate cabinets with separate crossovers in each. Each of the four woofers resides in a separate cavity, with different damping and internal volumes. The result is improved midrange clarity, a cleaner and tighter bass, more precise and pin-point image, and a holographic soundstage. 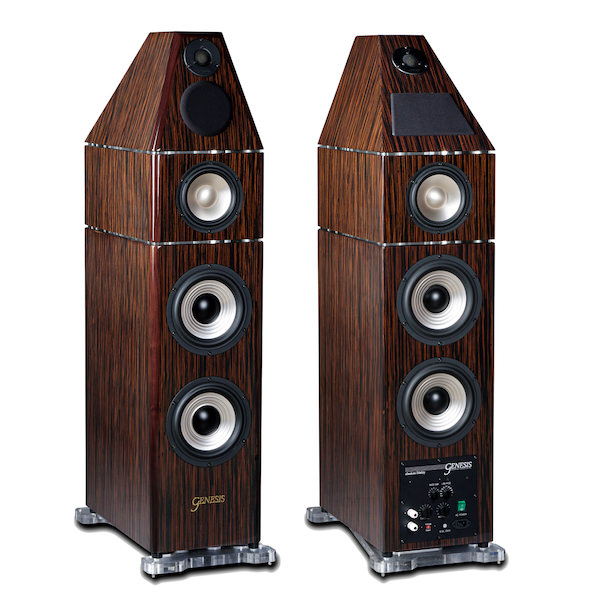 “The Genesis 5-series is probably the most commercially successful of all the Genesis designs,” said Mr. Gary Leonard Koh, CEO and Chief Designer of Genesis. “There have been five generations of this loudspeaker since the Genesis V debuted in 1994. There are many who love the form factor, and how fits into a small room. Since the last iteration of this series was launched in 2006, it was time to update the design.”

“Having listened carefully to the feedback from our loyal end users, many of the greatly admired sonic characteristics and features of its predecessors have been incorporated into the new Maestro and updated with the latest technology,” said Mr. Koh. “One of the most requested features was having four woofers like in the original 1994 Genesis V. It’s a bit of an over-kill, but I relented – and surprised myself at what a difference it made. Another major upgrade was a brand-new 6.5-inch aluminum mid-bass coupler that took the better part of a year to develop. After the driver was done, it took another 2 years to complete a 5-way 3-part crossover.”

“The larger sweet-spot of the Maestro means that the family will no longer be relegated to the ‘cheap seats’ when listening to music at home,” said Ms. Carolyn Koh, COO of Genesis. “As part of our efforts towards a loudspeaker for the family living room, the Maestro features beautiful real-wood veneers. At the initial launch, we will offer ebony and rosewood veneers in a rich, high-gloss finish.”

“It should be noted that the original Genesis V was released at $14,500 in 1994. Time and inflation has taken its toll and the new Maestro with 22 years of improvements and upgrades will retail at a recommended US$30,000 plus taxes” continued Ms. Koh.

Price and Availability
The Genesis Maestro is currently available through authorized Genesis dealers and distributors worldwide for $30,000. 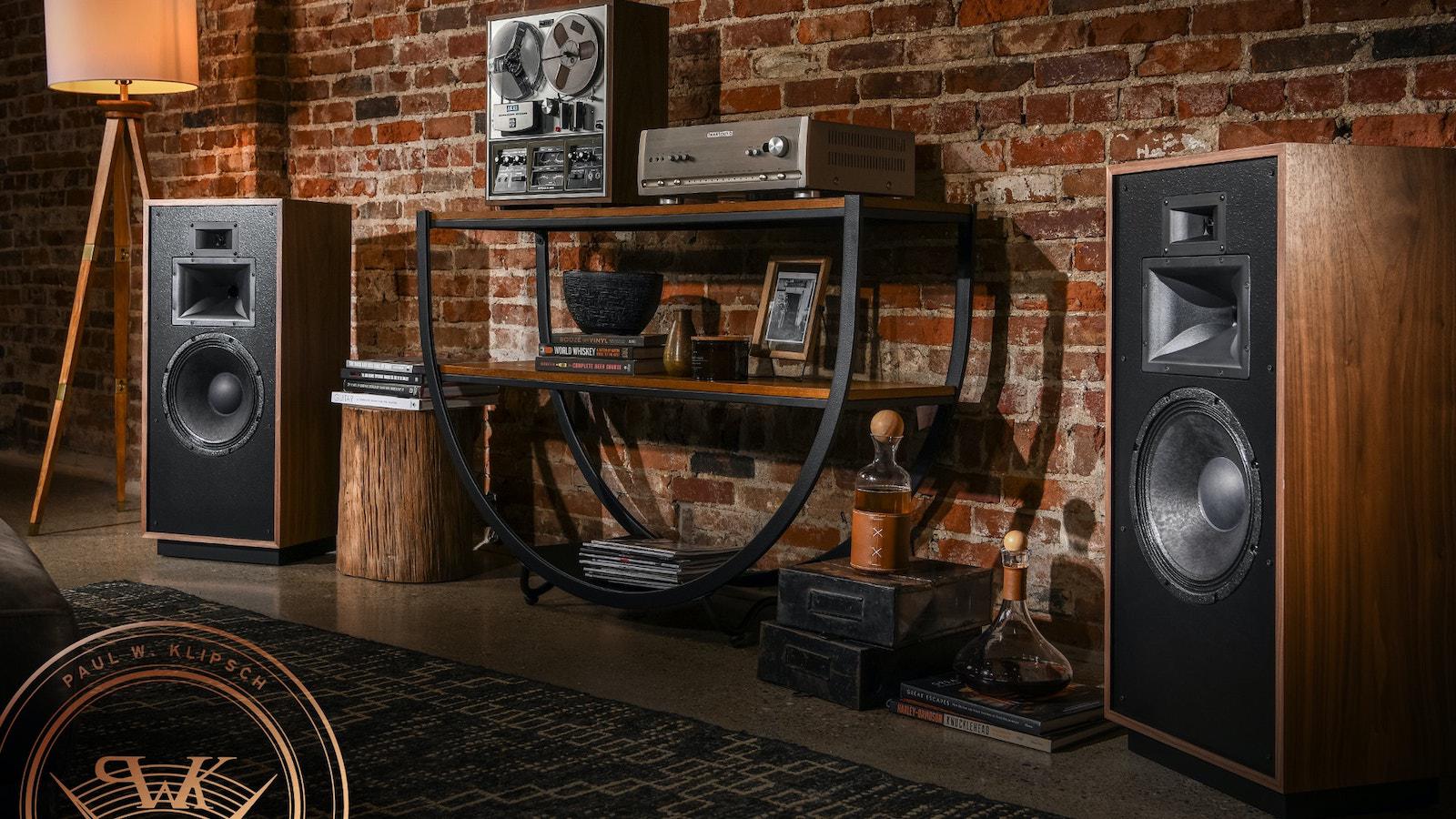 The new Klipsch Forte IV loudspeakers feature updated cosmetics and the latest advancements in acoustic engineering, while maintaining the original charisma that made the...