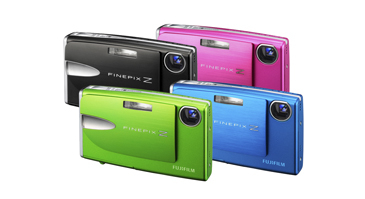 Continuing the tradition started by its stylish predecessor, the FinePix Z10fd, FUJIFILM U.S.A., Inc. unveiled the FinePix Z20fd, a new ultra-glam digital camera packed with useful features that let you face it, beam it, blog it and now roll it with a new MPEG-4 movie recording mode for the movie-crazed Generation Z.

As with the FinePix Z10fd, the Z20fd also allows picture takers to Face It with Fujifilm’s innovative Face Detection Technology with Automatic Red Eye Removal for capturing the ultimate group shots and Beam It with Fujifilm’s IrSimple technology to share the image instantly with friends. A one-touch selectable mode that identifies up to 10 human faces in a scene, Face Detection Technology sets the correct focus for a chosen primary face and exposure for all detected faces automatically, regardless of where subjects are located within the frame. After the shot is taken, each detected face is instantly checked for red eye; if found, it is corrected automatically, saving the time consuming process of fixing it later. Fujifilm’s IrSimple technology allows for fast, easy wireless image transfer to any IrSimple™ equipped device.

Fujifilm’s Picture Stabilization Technology uses higher sensitivities — up to ISO 1600 in the Z20fd — and faster shutter and operational speeds, that help reduce camera shake, allowing photographers to capture the moment just as it was meant to be captured. 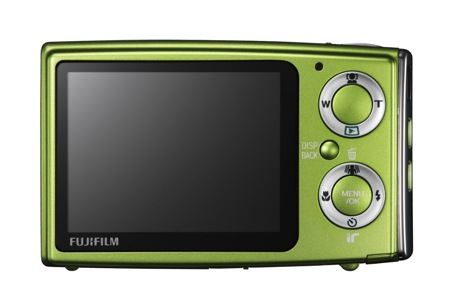 This high-style camera can also Roll It with an impressive Movie mode, capturing full motion MPEG4 video with the touch of a separate movie shutter button. Using the Successive Movie mode, in-camera editing allows for the creation of a 60 second movie clip, even when shooting in two or more scenes is desired. Start and restart multiple times to build a 60-second compilation, and edit the start and end points.

In addition to these innovations, the FinePix Z20fd is packed with the following extraordinary features:

“Fujifilm introduced the FinePix Z10fd in 2007 to address the digital demands of a younger generation that weren’t being met. However, like any product targeted towards this fast moving demographic, it needs to adapt rapidly to the latest trends to be successful and, the FinePix Z20fd does just that.” said David Troy, senior product manager, Consumer Digital Cameras, Electronic Imaging Division, FUJIFILM U.S.A., Inc. “With new technology and features, like Dual-Blog Mode, the Z20fd provides Generation Z with a convenient all-in-one device to capture all their favorite moments in style.”

What Digital Camera12 years ago
You Are Here