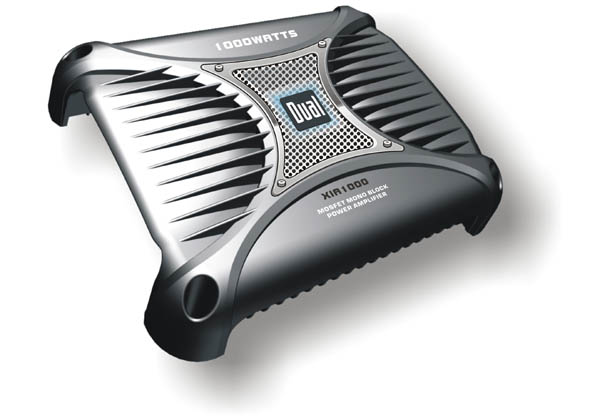 Las Vegas, NV, January 3, 2005 — Dual Electronics is celebrating its third year as a leading supplier of 12 volt electronics by introducing a host of new amplifiers and mobile audio receivers, the latter of which include the company’s essential new iPlugTM interface, designed for easy connection of the latest digital media players.

New to the 2005 selection, the iPlug features a mini-jack encased in a small, heat-resistant plastic shell that can either be installed in the vehicle or left hanging loose at the driver’s discretion. Stereo output cables may be plugged into the receiver’s auxiliary inputs, allowing end-users to connect any portable media player, which can then be operated as usual with all audio played through the Dual head unit.

“Digital media players have literally changed the way people enjoy music when on the go,” said Robb Groner, Director of Product Development, Namsung America, Inc., parent company of Dual Electronics. “But, most attempts to enjoy these players through mobile audio systems result in a morass of wires or, in the case of FM transmitters, inferior sound.

“Dual’s iPlug bridges the gap between handheld and in-car use by giving users an easy, uncluttered solution for connecting these players to our latest selection of mobile receivers.”

In 2005, Dual will ship eight new mobile head units, each of which features the performance and value that made the company an industry favorite in less than three years. Among the new models is a sleek single-DIN receiver, XD7600 (SRP: $269) that features a two-step motorized detachable face. At the push of a button, the unit reveals CD and tuner LCD display, while the exterior displays ergonomically friendly rotary controls.

For MP3 and WMA enthusiasts who prefer to carry their tunes on disc, the new XDM6820 AM/FM/CD/MP3/WMA receiver (SRP: $179) displays ID3 tags on a crisp, bright display, in addition to featuring an eight-second ESP buffer (MP3 and WMA files only) for skip-free performance.

Dual Mobile Amplifiers: A New Standard for Style and Sound
Among Dual Electronics’ 2005 mobile amplifier introductions are two models that represent the best value and performance for their respective prices.

For no holds barred output, the CEA-2006 Compliant Class D XIA1000 amplifier with MOSFFET supply (SRP: $299) is a powerful mono amplifier that is designed to run subwoofers, even when played at high volumes over long periods of time, thanks to a die-cast aluminum heatsink that adds sleek, stylish aesthetic no matter where it is installed.

The XIA1000 will appeal to those who consider cosmetics to be nearly as important a feature as overall sound quality. Controls are mounted along the side panel, adding to both the physical appeal and ease of operation.

Along with the new high-end XIA1000, Dual is introducing three XPA series amplifiers, each of which provides the ideal combination of high output and high value.

The XPA2100, XPA4100, and XPA6100 (SRP: $99, $169, and $179, respectively) all feature a PWM MOSFET power supply and an extruded aluminum heatsink for stable operation. The XPA2100 and XPA4100 can be configured for stereo/bridged simultaneous operation, and all three models include auto-reset thermal overload protection as well as speaker short circuit protection, ensuring years of consistent, trouble-free operation.