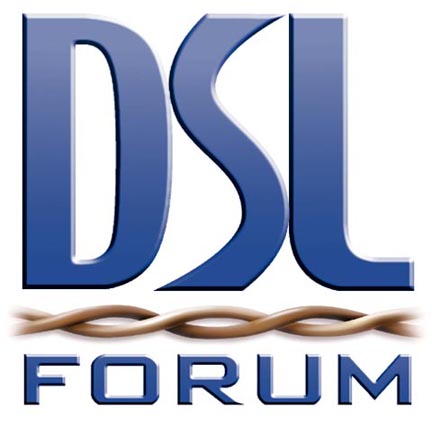 Orlando, FL — (December 8, 2004) — A total of 85.3 million DSL subscribers globally exhibits a growth of more than 39% so far in 2004, according to the latest data produced for the DSL Forum by industry analyst Point Topic. DSL — the world’s most popular broadband technology — added another 24 million subscribers in the first nine months of 2004, as more than half a million people each week are choosing digital subscriber line (DSL) around the world.

In North America, DSL gained almost 3.5 million new subscribers in the first three quarters, to achieve 15.1 million by the end of September 2004. The USA alone added 3.2 million to reach a total of 12.6 million DSL-enabled phone lines, raising DSL’s broadband market share by 3.8%. In Canada, DSL now has a 48% market share after adding 120-thousand subscribers in the quarter.

Latin America is now emerging as a DSL market, adding 1.2 million subscribers from January to September 2004, a growth in subscribers of more than 72%. Brazil is leading the way, gaining over 620,000 DSL subscribers, and three countries, Mexico, Argentina and Peru, have experienced more than 50% growth since the beginning of the year.

According to the data, DSL is also acquiring an even bigger market share in other countries with high cable penetration. Announcing the figures at the DSL Forum’s year-end meeting, its president Tom Starr said, “By the time we next meet in February 2005, DSL subscribers will have passed the 100 million subscriber milestone — a major landmark on the way to a global mass market for this world-leading broadband technology. That will mean 10% of the world’s phone lines are delivering the very real benefits of the digital society to people in every region.”

European Union (EU) countries currently make up the largest regional DSL population worldwide, adding more than 9.25 million subscribers in the first three quarters of this year, to reach 26.5 million. The EU’s position as the number one DSL region is reflected in substantial increases in both subscriber numbers and market penetration, with 11 countries in the top 20. The Netherlands achieved 15.52% penetration of phone lines, France 15.45% and Italy 13.41%, with the UK, at 9.49%, moving into the top 20 for the first time.

Asia Pacific added almost four million subscribers, with two countries reaching the DSL Forum’s first stage target for a global mass-market for broadband DSL (20% of all phone lines): South Korea (28.88%) and Taiwan (22.14%). Even with its high penetration rate, South Korea is still growing and added 280,000 to its DSL market by September 2004. Hong Kong (20.14%) also achieved mass-market status, and an additional 15 countries have a penetration of more than 10% of telephone lines.

The ten largest DSL population countries now account for more than 80% of DSL subscribers worldwide. Tim Johnson of Point Topic commented: “This is a classic pattern for the early stages of a dynamic market. We can now see growth rates leveling off as leading countries like South Korea, Taiwan and Hong Kong approach 30% market penetration. But there’s another cycle of growth still to come. We’ll see new broadband applications beginning to take hold, like voice and video that will drive the next cycle and then, in a year or two, broadband will be going into homes that have no interest in owning PCs or surfing the Internet.”

Tom Starr of the DSL Forum added, “These third quarter results clearly demonstrate the enormous strength and growth potential for DSL. In 2005, the DSL Forum will continue to facilitate exemplary DSL growth by advancing new technical developments and expanding the scope of our market education.”

About the DSL Forum

The DSL Forum is an international industry consortium of more than 200 leading service providers, equipment manufacturers and other interested parties, focused on developing the full potential of broadband DSL to meet the needs of the mass market. Working to streamline processes, develop specifications and share best practices, the Forum’s work sets the stage for effective deployments, and explosive global DSL growth. By evolving DSL technology to embrace new applications, the DSL Forum is tailoring DSL to meet the needs of the next generation of multi-media services and the online community. Recognized as the voice of the DSL industry, the Forum has set a target of 500 million broadband DSL subscribers by 2010. More information about the DSL Forum is available from its industry site www.dslforum.org. Information tailored to end-users is available on www.dsllife.com.

DSL – more than a phone line – it’s a global solution.