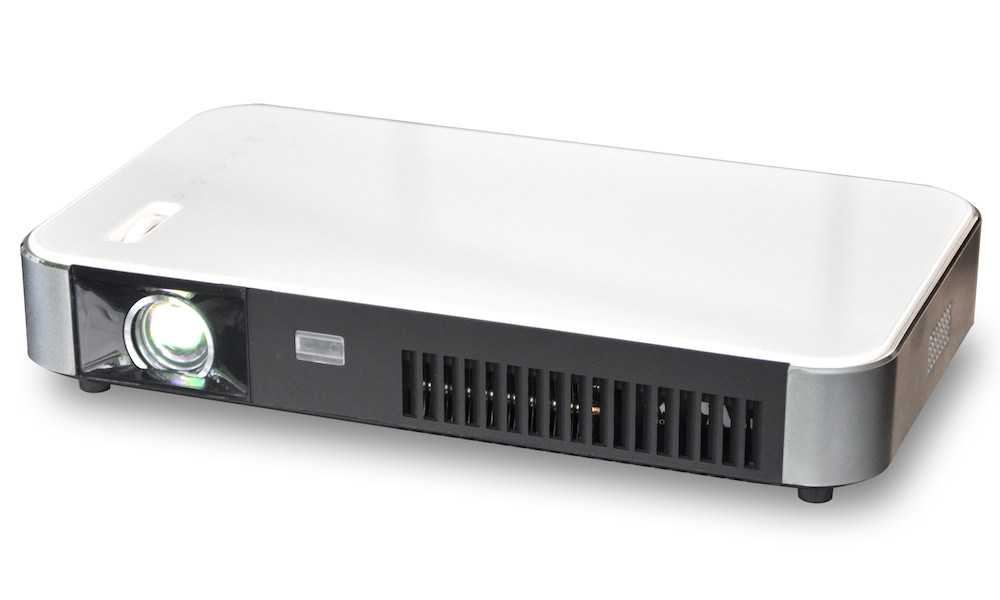 The new DreamVision Dreamy Geek II is a powerful 1280×800 DLP projector powered by the latest 1200 ANSI Lumens LED light source, whose exceptional longevity ensures up to 30,000 hours of video-projection.
 
Thanks to its numerous inputs (including two HDMI inputs), the Dreamvision Dreamy Geek II projector supports Full-HD movies with stereo sound and can natively read multimedia files from USB devices or Micro SD cards. Thanks to its bright light output and the two 2-watt loudspeakers, the Dreamy Geek II turns any living room into a thrilling theatre.

Weighing only 760g (1.67 lbs), the Dreamvision Dreamy Geek II is a portable and versatile projector. You can easily take it to a customer’s premises for your products presentations or to a friend’s house for a football match or to your holiday place for daily movie watching. There are a micro-SD card slot and two USB inputs that can accommodate USB keys and hard disks.

 The Dreamvision Dreamy Geek II is a smart projector that can read the most popular audio and video files thanks to its internal Media-Player and in the highest quality available. For instance, it supports mkv videos with multiple audio and / or multiple subtitles. You can bring anywhere a copy of all your favorite discs on a single disk. The Dreamy Geek II can read up to 2K video files using the latest high efficiency H.265 video encoding.
  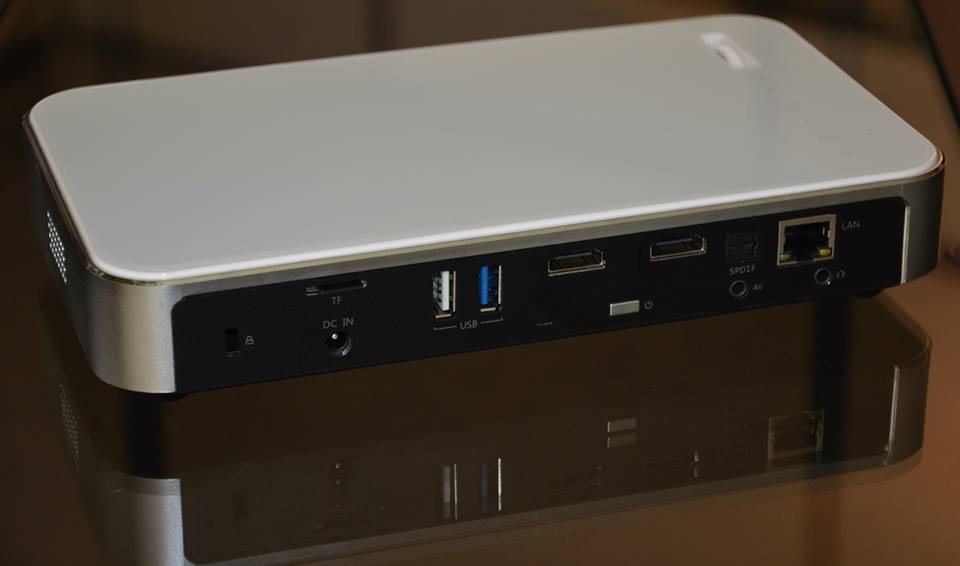 This projector connects to your PC or your video game console directly as you would with a TV or a monitor display. Thanks to its numerous inputs (2x HDMI, 1x PC VGA, 1x RCA), the Dreamvision Dreamy Geek II LED projector can accommodate most PC graphic cards and old/recent consoles.

The Dreamy Geek II has a short throw 1.20:1 lens and a 50% offset. The benefit of having a short throw lens is that it minimizes the distance from the screen to the screen so much so, that the user can seriously contemplate the idea of putting the projector above, or inside, or below a coffee table, or wherever near to the screen/wall. As on the example here after:
 
The Dreamy Geek II is fully compatible with 3D content. Thanks to its two HDMI inputs, you can watch any 3D Blu-ray disc in 1080p or play video games from game consoles in 720p. The Dreamy Geek II can also project in 3D older 3D formats such as Side-by-Side or Top-and-Bottom used on the TV or with Youtube 3D videos. Just don’t forget to put your Dreamvision DLP-Link glasses on.

The new Dreamy Geek II features a Bluetooth connection rev. 4.0 that includes High Speed and Low Energy protocols. That makes the Geek II connectable to high quality sound bar.
 
Price and Availability
The Dreamy Geek II is available now in Europe for 990 Euro, and is expected to be available in the U.S. very soon.
 
Features