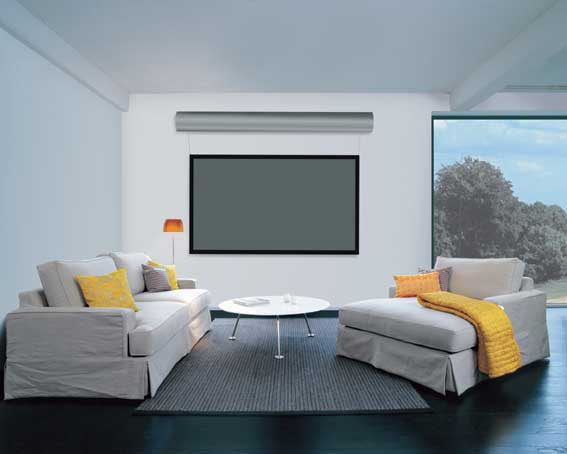 CEDIA, DENVER, CO, Sept. 14, 2006 — dnp, a specialist in the design and manufacture of projection screens for the Home Theater and commercial markets, showcases the Supernova Flex Optical Front Screen during CEDIA Expo 2006 in Denver.

Already the worlds leading supplier of optical screen technology, dnp denmark, changed how we view front projected images with the revolutionary Supernova screen. Its successor, the Supernova Flex is an electronic retractable screen that can be silently stowed away in a stylish wall mounted enclosure when not in use.

Winning the prestigious Innovations 2006 Engineering and Design Award and the Best Buzz Award at InfoComm 2005 and 2006, the Supernova screen enables projected images to be seen clearly and vividly, maintaining color saturation and fine details even in high ambient light conditions. It is capable of delivering an extraordinary image that’s twice as bright and with contrast that’s ten times greater than most screens.

“The Supernova is a front screen application of our extensive optical technologies”, says Henrik Mikkelsen, dnp Sales Manager for North America. “It has opened up vast new opportunities for display solutions in brightly-lit home theater environments. With the new Supernova Flex we can easily fit into any environment without becoming the focal point of that space.”

The new screen features a newly developed brushless DC motor. The motor has built-in acceleration/deceleration profiles for fast, smooth, and silent positioning — the fastest among motorized screens–providing smooth and low noise operation. The screen’s enclosure is made from high-grade anodized aluminum to ensure a low weight and a sleek design that is a stylish compliment to any decor.

When the screen drops down it appears as a picture frame without the usual ‘black drop’ common to other screens. The screen is suspended by a pair of 1/48-inch cables, which are virtually invisible. Even when in use the Supernova will be unobtrusive and blend into the environment.

The cover of the enclosure is removable and replaceable. It will be offered in a variety of options including a special stainable surface, which can be painted to match the wall for a totally invisible installation.

The screen contains a small microprocessor and offers several installation options for seamless integration into automated home theater systems. There is a 12V trigger and an IR (infrared) plus optional modules for RS-232, Ethernet and WiFi connections.

The Supernova screen incorporates advanced brightness and contrast enhancing technology. When the image is projected onto the screen it passes through an optical lens system, which focuses and concentrates the projected light before it is reflected back towards the viewers. The lens system comprises a patented contrast enhancement filter that absorbs incident light from windows and room lighting. As a result, the screen is highly resistant to ambient light.

The Supernova Flex Screen is currently available through authorized dnp dealers. The Supernova can be seen in dnp’s booth # 2712 at the Colorado Convention Center during CEDIA Expo 2006.

# # #
About dnp
dnp denmark was established in 1989 as the worldwide screen production center of Dai Nippon Printing Co. Ltd., one of the world’s largest printing and media companies. Today, dnp invests more resources in R&D than any other screen supplier. For over a decade, every major development in the field of optical rear projection technology has come from dnp’s laboratories — including new Wide Angle technology, the unique dnp Ultra Contrast Screen, and dnp’s 200-inch Giant Wide Angle, the world’s largest optical screen.

For the last four years, dnp has been a world leader in the development of optical acrylic screens. Additionally, their Holo Screen is a revolutionary holographic rear projection screen that allows viewers to look at — and see through — the screen for point of sale applications in shops, window displays, airports, banks and other high-traffic areas.

Providing dealers with the best technical support and the most innovative sales and marketing tools within the screen industry is a top priority of dnp. The dnp website is at www.dnp.dk 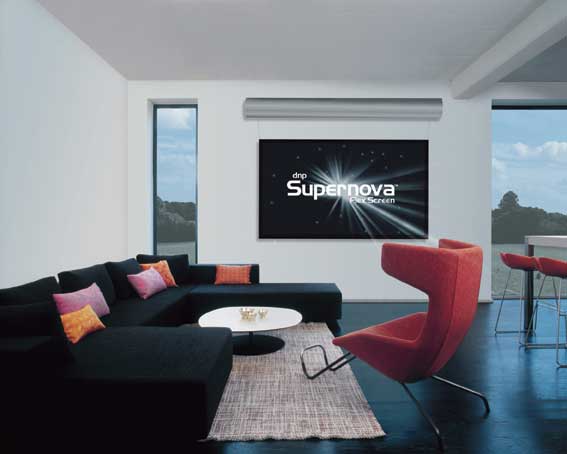