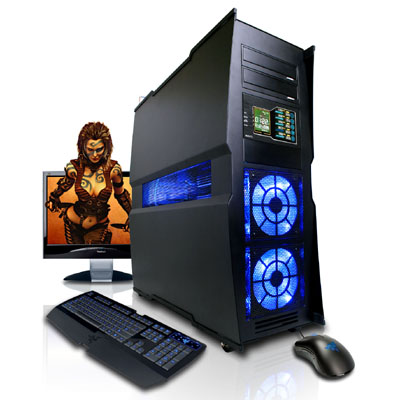 CyberPower is offering three Dragon-platform base models: the entry-level Gamer Dragon 8000, the mid-range Gamer Dragon 9000 and the high-end Gamer Dragon CrossFire X Ultimate. Each model in the family can be custom-configured by the end user.

Gamer Dragon systems are available direct from CyberPower and can be customized from the company web site with numerous component and monitor options. All CyberPower computer systems come with a 3-year limited warranty and free lifetime labor and phone support.

About CyberPower Inc.
CyberPower Inc. www.cyberpowerpc.com was founded in 1998 and has emerged as one of the leading custom computer system manufacturers. Headquartered in Baldwin Park in Southern California, CyberPower manufactures and distributes a complete line of custom built gaming machines, notebook systems and high performance workstations to meet the unique needs of gamers, businesses, government agencies, educational institutions and other end-users. For more information contact: Sales (800)707-0393.