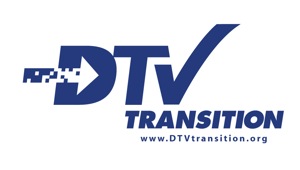 “The digital television transition is on time, on track and consumers understand that it is coming next year,” said Jason Oxman, vice president, communications and member relations, CEA. “Our survey results show the joint educational efforts of government and the private sector are working, and the digital television transition will be a success. CEA’s research revealed that the top sources consumers are using to learn about the transition include television (72%), family and friends (39%) and the Internet (26%).”

CEA also released new survey results that predict the success of the National Telecommunication and Information Administration (NTIA)’s converter box coupon program which launched in January and was prominently featured at the 2008 International CES. Converter boxes are only needed for consumers who watch over-the-air broadcasts on an analog television. CEA’s survey found only 11 percent of television households – approximately 13 million – are solely over-the-air households, indicating that NTIA has sufficient converter box coupons to meet potential demand.

CEA remains committed to educating consumers, retailers, manufacturers and legislators about the transition to digital television. CEA’s ongoing award-winning efforts include websites, printed collateral and media outreach. CEA currently operates websites that provide information about the DTV transition through consumer (DigitalTips.org and AntennaWeb.org) and retailer education (CEknowhow.com). CEA produced a “DTV 101” video for consumers that explains the transition and provides technical information on digital television and converter boxes, and CEA has worked with retailers, broadcasters and other stakeholders to distribute the video widely to consumers. CEA is also a founding member of the DTV Transition Coalition (DTVtransition.org), which works to ensure educational materials reach a broad audience.

About CEA:
The Consumer Electronics Association (CEA) is the preeminent trade association promoting growth in the $161 billion U.S. consumer electronics industry. More than 2,200 companies enjoy the benefits of CEA membership, including legislative advocacy, market research, technical training and education, industry promotion and the fostering of business and strategic relationships. CEA also sponsors and manages the International CES – Where Entertainment, Technology and Business Converge. All profits from CES are reinvested into CEA’s industry services. Find CEA online at http://www.CE.org.