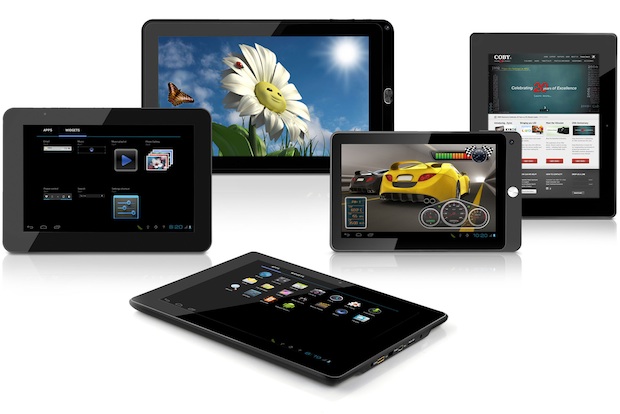 Coby Electronics announced five Internet tablets running on the Android 4.0 (Ice Cream Sandwich) operating system, ranging in size from 7- to 10-inches. The new models include the:

With lightning-fast access to thousands of apps and wireless web browsing, the upcoming units all will feature 1GHz ARM Cortex A8 CPU and offer capacitive multi-touch screens, up to 1GB of RAM, expandable memory up to 32GB, Wi-Fi and HDMI 1080p output.

Overall, Coby has stream-lined its features to address the core applications including: browsing the web, playing games, email and viewing one’s favorite media.

Pricing and Availability
Pricing has not been set, but availability is expected for Q1 2012.

Liliputing9 years ago
You Are Here