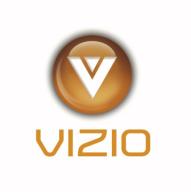 VIZIO, America’s HDTV Company, announced its support of the Coalition to Terminate Financial Abuses of the Television Transmission. VIZIO is petitioning and urging the FCC to take action and protect American consumers from excessive patent charges for DTV that have already exceeded $1 Billion. The coalition, also known as CUT FATT, was formed to protect American consumers purchasing televisions from the excessive unregulated patent fees, charged by companies claiming to own the patents needed to comply with FCC standards for digital televisions (DTV). “At VIZIO we support the American consumer, it is our duty to offer them more for their money, therefore we support the efforts of the CUT FATT coalition,” said Laynie Newsome, VIZIO VP, Sales & Marketing Communications and Co-Founder. Formed in mid-2008, CUT FATT’s mission is to raise awareness among Members of Congress and the FCC about the uncontrolled price gouging of these patent holders. The petition asks the FCC to hold abusive parties responsible for excess charges, and to impose new rules for patent licensing to end the overcharging.

Since July 1, 2007, the FCC has required that all televisions sold in the U.S. include a digital tuner built to the requirements of the Advanced Television Systems Committee (ATSC). Holders of the patents needed to meet these government-mandated requirements are demanding that American consumers pay between twenty and thirty dollars per television for the same patent rights that cost $1 or less in Europe, Japan and other parts of the world. It is estimated that in 2008 and 2009 alone, the aggregate royalty cost to American consumers will be well over one billion dollars for fees that would total only about $65 million in Europe and Japan. “Without action now, this abuse could continue for many years. We believe that the FCC must declare that any DTV royalty demands that exceed comparable international fees are a violation of FCC rules. We believe that any patent holder seeking higher fees should be required to prove to the FCC that their license fees are reasonable and non-discriminatory. We also believe the FCC should initiate a rulemaking proceeding in order to create a set of basic rules that apply to the licensing of all patents that are required to implement the FCC-mandated DTV receiver standards,” states Laynie Newsome, VIZIO VP, Sales & Marketing Communications and Co-Founder.

“This is the great untold story of the transition to digital television,” said Amos Snead, spokesman for CUT FATT. “Since 2007, American consumers have been paying more than twenty to thirty times what consumers in Europe and Japan pay in royalties for basically the same technologies. What’s worse, patent holders bundle allegedly essential technology with worthless patents, jack up the rates, and stick consumers with the bill. The FCC created this system, and it’s time for the FCC to fix it by establishing basic rules that make pricing fair and transparent. American consumers are willing to pay a fair rate but they are not willing to be victim to uncontrolled price gouging.”

With more than 62,000 DTV sets sold every day, the total cost to consumers for this rampant overcharging has already vastly exceeded the cost of the transition subsidy provided to consumers through the NTIA converter box program. Without action by the FCC or Congress, the high fees will continue indefinitely.

For more information about CUT FATT contact Amos Snead at amos.snead@dittus.com, 202-715-1531 or the VIZIO press contacts below.

About VIZIO
VIZIO, Inc. “Where Vision Meets Value,” headquartered in Irvine, California, is America’s HDTV Company. In 2007, VIZIO skyrocketed to the top by becoming the #1 selling brand of flat panel HDTVs in North America and became the first American brand in over a decade to lead major categories in U.S. TV sales. VIZIO is committed to bringing feature-rich flat panel televisions to market at a value through practical innovation. VIZIO offers a broad range of award winning Plasma and LCD HDTVs including the new XVT series. VIZIO’s products are found at Costco Wholesale, Sam’s Club, Sears, Target, Walmart, BJ’s Wholesale, and other retailers nationwide along with authorized online partners. VIZIO has won numerous awards including a #1 ranking in the Inc. 500 for Top Companies in Computers and Electronics, Good Housekeeping’s Best Big-Screens, CNET’s Top 10 Holiday Gifts, PC World’s Best Buy among others. For more information, please call 888-VIZIOCE or visit on the web at http://www.VIZIO.com.