Just in time for Black Friday, Cayin have unveiled a rather unique Dongle DAC that looks to be quite different than the rest of the products currently available. The Cayin RU6 R-2R Dongle DAC/Headphone Amplifier features something we have not seen before in the category; an in-house developed 24-bit discrete R-2R resistor
ladder circuit that can decode up to 384kHz.

Cayin has gone from being an unknown company in 1994 to a significant player in the headphone space. The brand launched with a series of stereo tube amplifiers that very quickly differentiated themselves from the other budget options of the day.

The one product missing from their arsenal has been a Dongle DAC; one of the fastest growing segments in the headphone category and a market that Cayin could not afford to ignore any longer.

Cayin doesn’t have a history of offering the same products as everyone else and the Cayin RU6 is not your typical Dongle DAC. A majority of manufacturers are using SOC designs (system on a chip) that allow them to build a finished product using the least effort and fewest number of components; the Cayin RU6 tosses that methodology out with the ear wax container.

Cayin had previously introduced an R-2R amplifier module for their N6ii DAP so some of the technology here is trickle down. The 24-bit resistor ladder is similar to what was used in the N6ii module, but a more cost effective resistor is used to keep the price in line with expectations and make the product affordable.

Cayin discovered that using the source to control volume digitally introduced way too much noise, so they decided to use a physical volume control on the RU6. They also discovered that there was not an available volume control that fit their needs; none matched their desired specifications or operational standards.

The only logical thing was to design and build their own 99-step thin film resistor array to handle the volume control on the RU6.

From there they added optional oversampling, two gain modes, both balanced (4.4mm) and singled-ended (3.5mm) outputs, compatibility with iOS, iPadOS, Android, Windows, most DAPs (via USB-C), and a 1-inch OLED display so all settings are visible without guesswork or multiple button presses to get to the mode desired.

The casework is an aluminum stick that measures 65 x 25 x 14mm; the equivalent of two packages of gum and weighs 28 grams.

The $249 retail price is higher than the THX Onyx but lower than the AudioQuest DragonFly Cobalt that recently went up in price to $329.95.

The Cayin RU6 will go on sale later today (11/24/21) just in time for Black Friday sales and holiday gift giving and might be a perfect option for the audiophile on your list who has everything.

Our full review of the Cayin RU6 is coming in December. 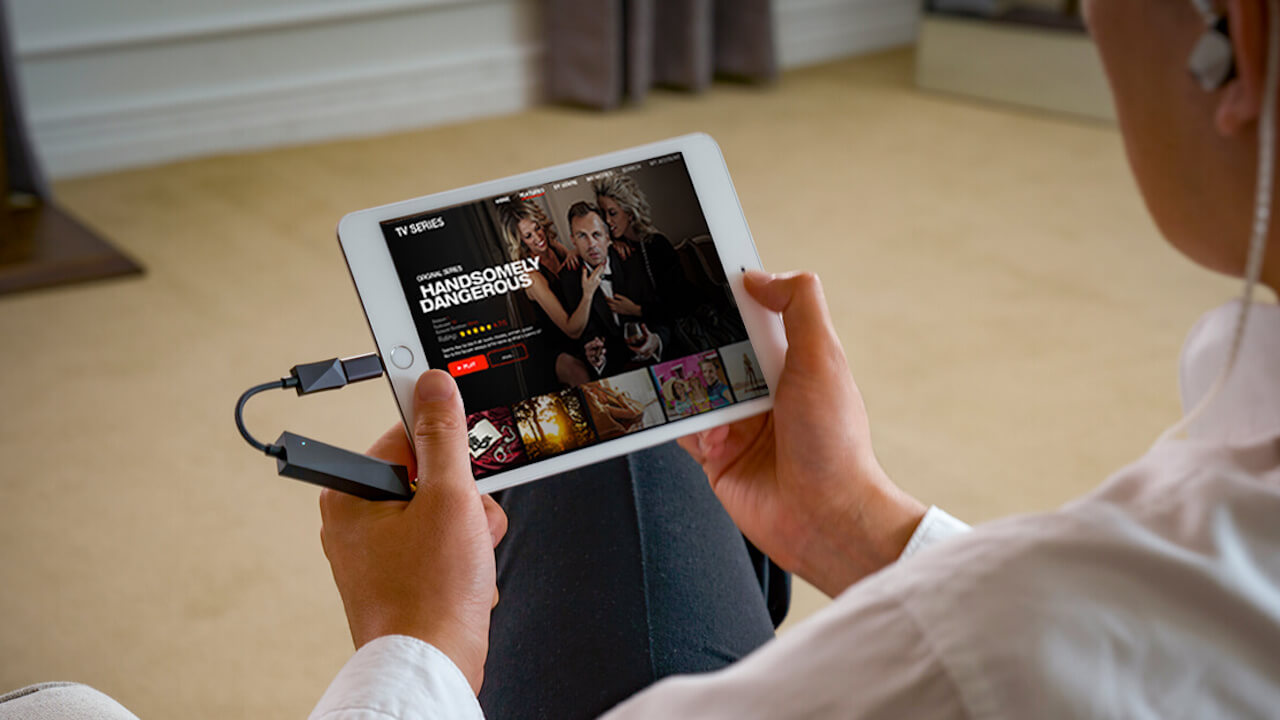 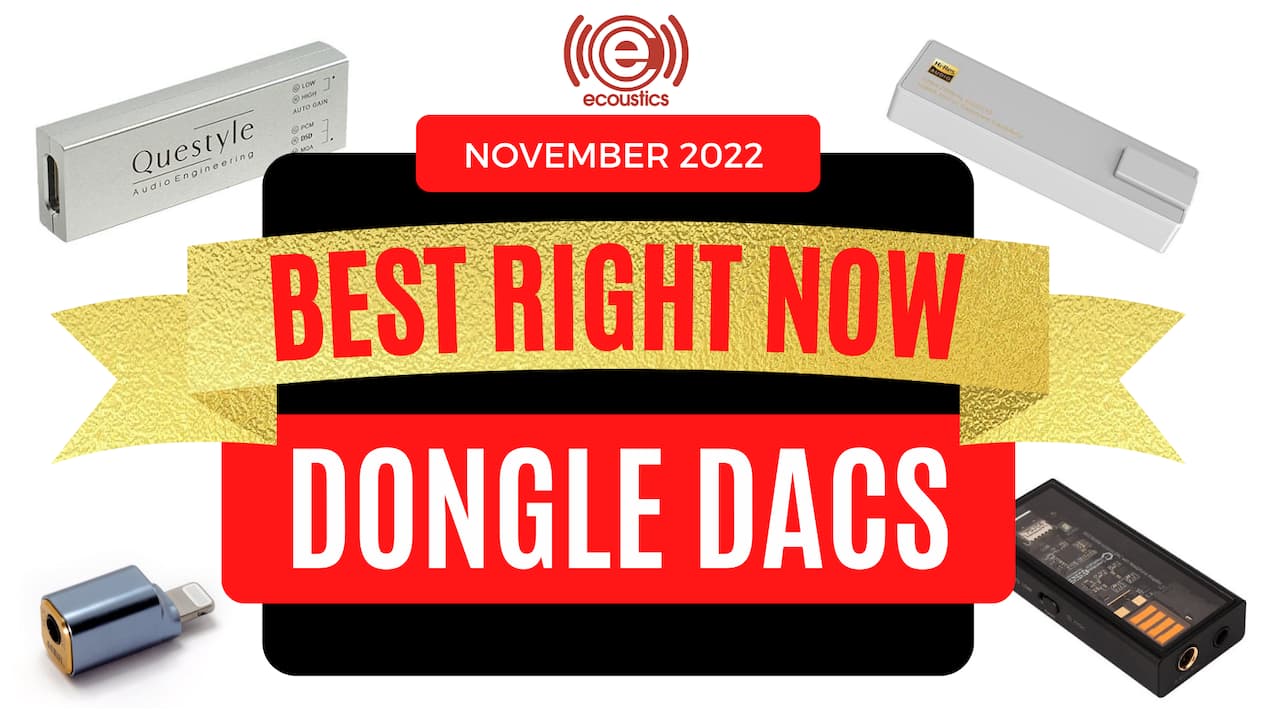 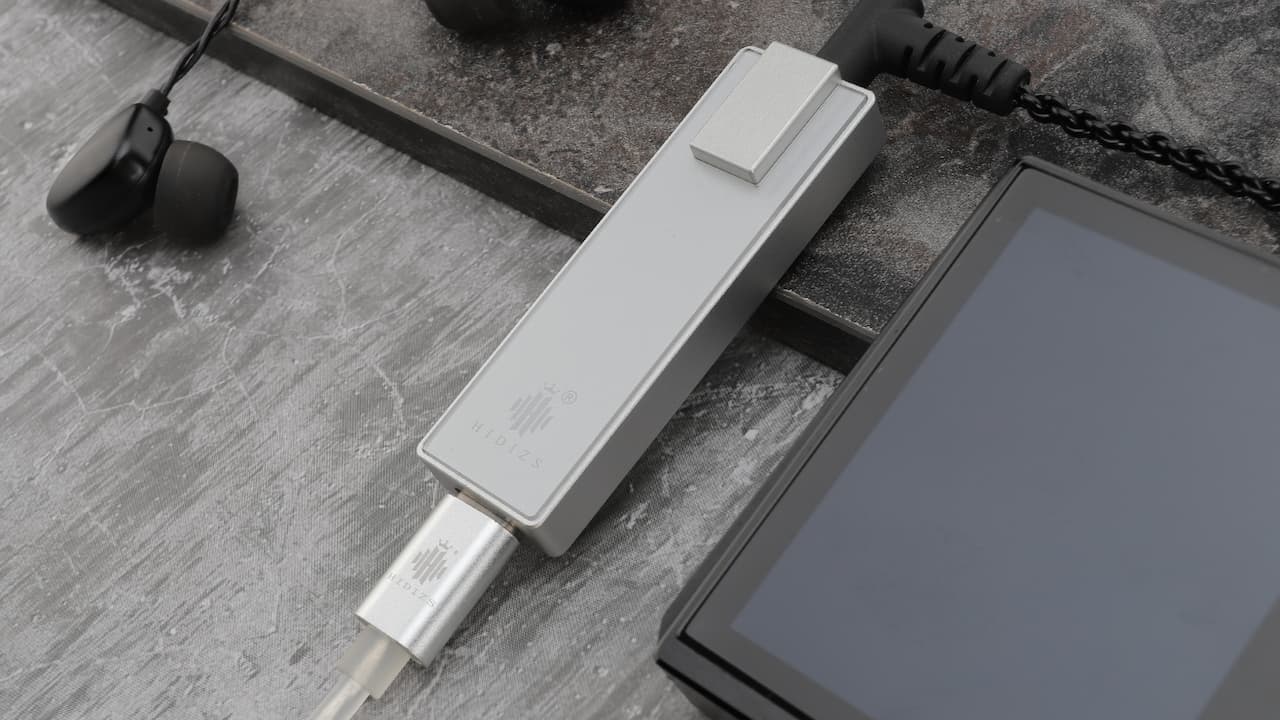 Only $129 and a surprisingly powerful Dongle DAC destined to drive the IEMs in your bag. 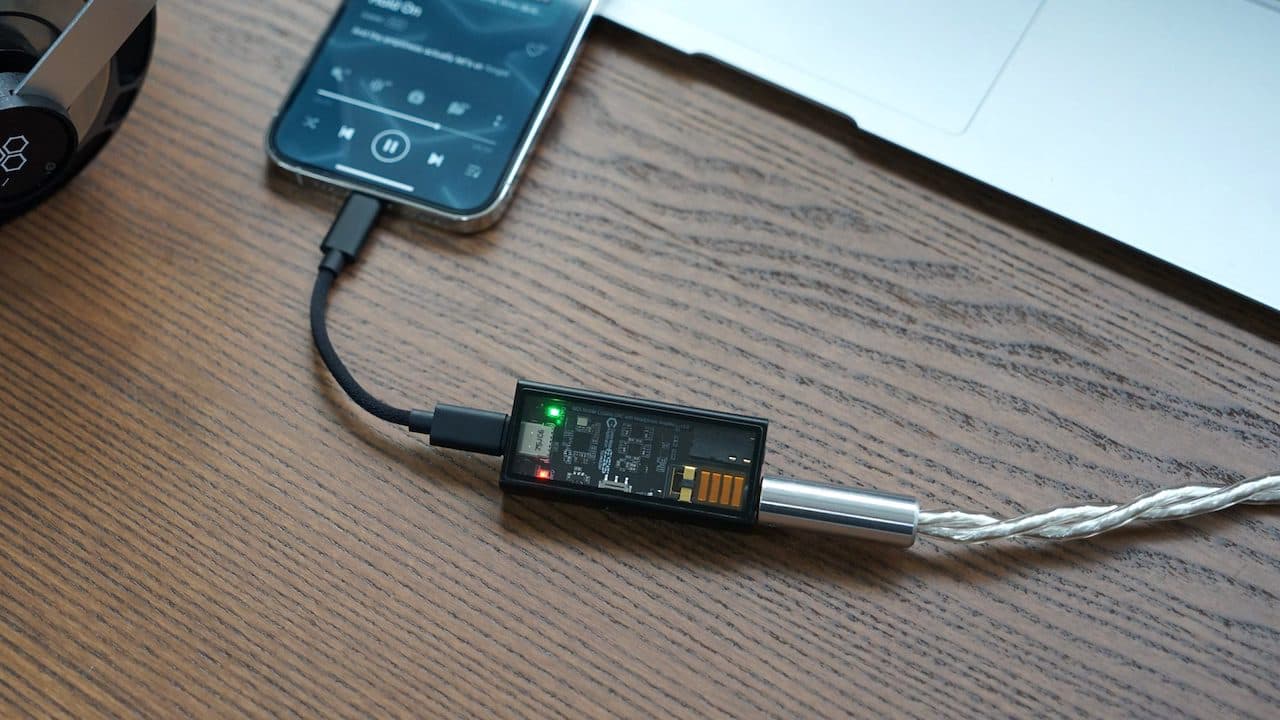