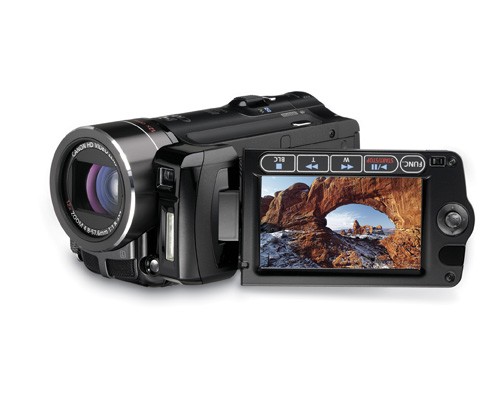 “We are very excited about our new VIXIA family of camcorders, as well as being an innovator by offering Dual Flash Memory,” said Yuichi Ishizuka, senior vice president and general manager, Consumer Imaging Group, Canon U.S.A. “Consumers are actively investing in HD televisions and they’re discovering the value of capturing memories in HD. Whichever format consumers may prefer, including our revolutionary Dual Flash Memory, all VIXIA camcorders share Genuine Canon Optics and a host of Canon technologies allowing precious moments to be preserved with unrivaled color and clarity.”

Flash Memory boasts a number of advantages and end-user benefits for maximum convenience and flexibility. Since Flash Memory is a solid-state memory format and has no moving parts, the camcorder can be smaller, more compact and lighter than ever before, allowing it to be carried anywhere. Additionally, Flash Memory is a highly stable method of storage, and as a result, accidental jolts to the camcorder are significantly less likely to result in failure or data loss. Consumers will also enjoy the camcorder’s low power consumption, which leads to longer battery time. Compared with other types of storage, Flash Memory camcorders are able to read and write data faster, so users can start recording faster and have immediate access to their recorded scenes. 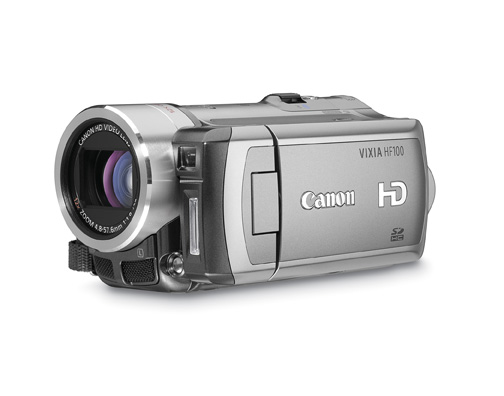 In addition to 24p Cinema Mode, which allows users to mimic the look of Hollywood-style movies, the VIXIA HF10 Dual Flash Memory and HF100 Flash Memory camcorders offer a new feature called 30p Progressive Mode. Canon’s 30p Progressive Mode, once exclusive to pro-level camcorders, delivers clarity for fast action events, such as sports or news, and is the perfect frame rate for clips intended to be posted on the Web. A 2.7″ Widescreen Multi-Angle Vivid LCD offers a wide viewing angle, making it visible from any direction. It also offers an expanded color range to more accurately reflect what users will see later on their HDTV. The models use an Intelligent Lithium-ion Battery, which indicate the remaining battery time down to the minute. Furthermore, the VIXIA HF10 Dual Flash Memory and HF100 Flash Memory camcorders offer a newly designed Mini Advanced Accessory Shoe, providing cable-free connectivity to an optional Canon microphone or video light. A microphone terminal with manual level control delivers additional audio flexibility and a fully functional 3.1 Megapixel digital camera is built right in, allowing consumers to capture high-quality still images with a wide selection of Advanced Photo features. 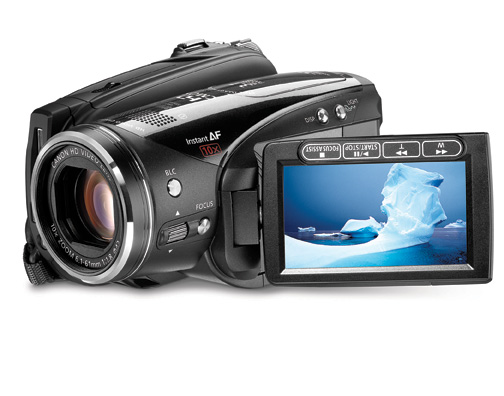 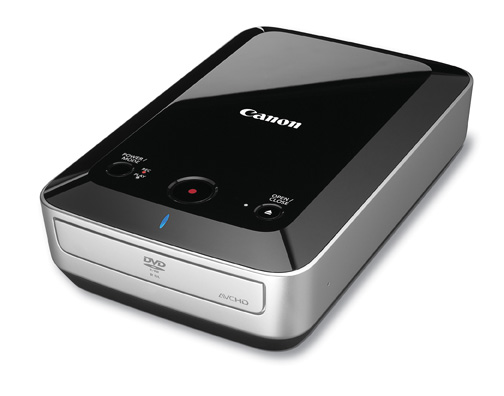 DW-100 DVD Burner*
The Canon DW-100 DVD Burner is the perfect companion for Canon Flash Memory camcorders and Canon Hard Disk Drive camcorders. It allows a consumer to burn all, part or previously recorded video from a compatible Canon camcorder to a DVD. In addition to burning Standard Definition DVDs, the DW-100 can also burn AVCHD DVDs which can be played in compatible Blu-Ray players. The DW-100 DVD Burner has only three buttons: power, record and eject, making operation fast and easy. Unlike other similar yet daunting devices, the DW-100 DVD Burner is designed for one-touch operation: connect via USB, set and burn. The DW-100 can also act as a player itself by connecting to an HDTV through the Canon VIXIA HF10, VIXIA HF100 or VIXIA HG10 camcorders.

About Canon U.S.A., Inc.
Canon U.S.A., Inc. delivers consumer, business-to-business, and industrial imaging solutions. Its parent company, Canon Inc. (NYSE:CAJ), a top patent holder of technology, ranking third overall in the U.S. in 2006***, with global revenues of $34.9 billion, is listed as one of Fortune’s Most Admired Companies in America and is on the 2007 BusinessWeek list of “Top 100 Brands.”

Prices, availability and specifications are subject to change without notice.

* The DW-100 has not been authorized as required by the rules of the Federal Communications Commission or tested for compliance with the U.S. Federal Performance Standard For Laser Products as mandated by 21CFR; as such, this device is not, and may not be, offered for sale or lease, or sold or leased in the United States until such authorization is obtained.
** All prices are estimated retail prices. Actual prices are determined by individual dealers and may vary.
*** IFI Patent Intelligence, January 2007.