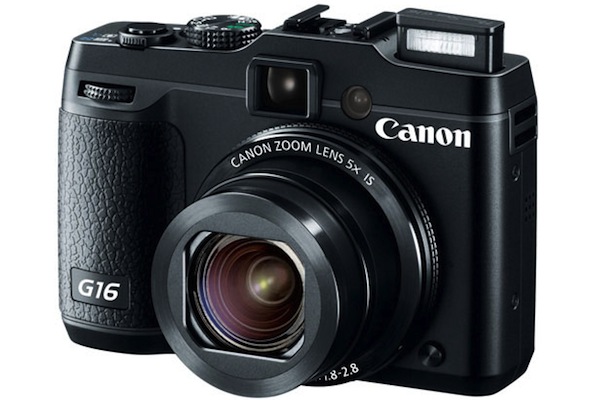 The new 12-megapixel Canon PowerShot G16 compact digital camera improves upon the the PowerShot G15 with Wi-Fi technology for easier sharing of photos, along with faster auto focus and reduced shooting lag. In addition, a new Star mode is available for night sky shooting.

The PowerShot G16 features a 28-140mm wide-angle lens with an aperture range of f/1.8 – f/2.8, which helps while shooting in low-light conditions or for users who want to create a dramatic shallow depth-of-field with soft backgrounds. The G16 is equipped with Canon’s HS System, which combines a DIGIC 6 image processor and a 12.1-megapixel High-Sensitivity CMOS image sensor, allowing for enhanced low-light image quality.

The advancements to Canon’s AF system help ensure users never miss a shot. Continuous shooting speeds of up to 9.3 frames-per-second are possible with the PowerShot G16, allowing users to capture images in full resolution as they happen. The G16 also captures 1080p/60p Full HD video, and includes a built-in stereo microphone and an HDMI output so users have the ability to view videos on their HDTV. 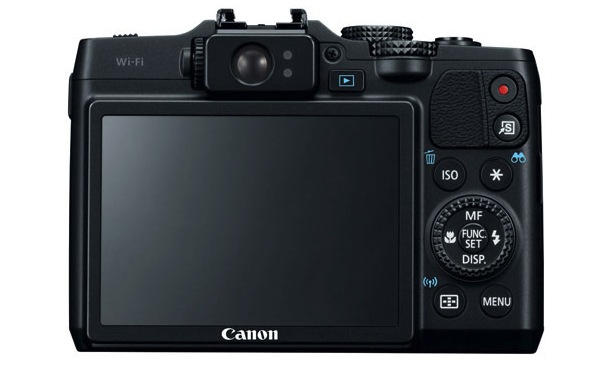 The PowerShot G16 also features new shooting modes to capture breathtaking images day or night. The new Star mode gives users the ability to capture the brilliance and wonder of the night sky through the use of three scene modes. “Star Nightscape” lets users shoot the radiance of stars in a landscape image, while the “Star Trails” mode captures trails of stars to turn them into a luminous still image. “Star Time Lapse Movie” captures continuous still images of the stars and then combines each to create a stunning video replicating the motion of the stars in the night sky.

For photographers who want the convenience and ease-of-use of a compact camera with the feel of a DSLR, the PowerShot G16 features dials and controls similar to those on Canon’s EOS Digital SLR cameras. It is also compatible with Canon Speedlite flashes and select accessories.

Price and Availability
The Canon PowerShot G16 is scheduled to be available in October 2013 for $549.99.