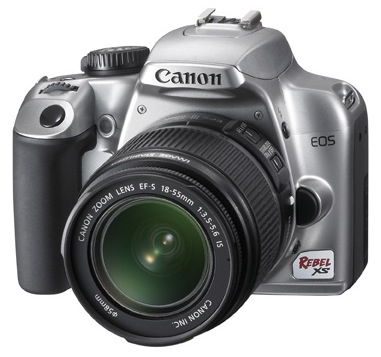 Canon U.S.A., Inc., a leader in digital imaging, announced the introduction of the EOS Rebel XS, a new entry-level digital camera that affordably puts Canon SLR technology such as an Optical Imaged Stabilized lens and easy-to-use professional features into the hands of emerging photographers. Consumers looking to take their photography a step further and begin shooting with an SLR will find the transition easier than ever with Canon’s new Rebel XS digital SLR camera. From the parent photographing a little league game, to the tourist shooting a wondrous new city, the Canon Rebel XS camera makes photography easy for everyone. Canon has also introduced the latest model in the EX series of Speedlite flashes: the Canon Speedlite 430EX II.

Ideal for a wide range of photographers from first-time digital SLR users to veteran photo enthusiasts, the new Canon EOS Rebel XS camera was designed to embody what customers have come to expect from the EOS Rebel series — a fast, non-intimidating, lightweight, easy-to-use camera that produces excellent images and starts emerging photographers off on the right foot. Immediately, photographers will take notice of the camera’s Optical Image Stabilized kit lens for crisp focus, compensating for camera shake from unsteady hands or a moving vehicle. The new Rebel model also incorporates Canon’s DIGIC III image processor, 10.1 megapixel CMOS sensor, Live View, Auto Lighting Optimizer, 7-point wide-area autofocus (AF) sensor and 3.0 frames per second continuous JPEG burst rate where the number of consecutive shots in a burst is only limited by the capacity of the flash memory card in the camerai.

“We are proud to introduce the new EOS Rebel XS camera at a very exciting time in digital imaging. As consumers have fully embraced digital photography, with many consumers purchasing their second or third digital camera models, we see the Rebel XS as the bridge to help photographers cross over from the world of point-and-shoot cameras to digital SLR technology,” said Yuichi Ishizuka, senior vice president and general manager, Consumer Imaging Group, Canon U.S.A.

A first in Canon’s EOS line-up, the Rebel XS camera’s continuous JPEG burst rate allows users to continuously shoot a scene until the memory card is at capacity. This will be particularly helpful for new photographers looking to capture that perfect image of a moving subject. 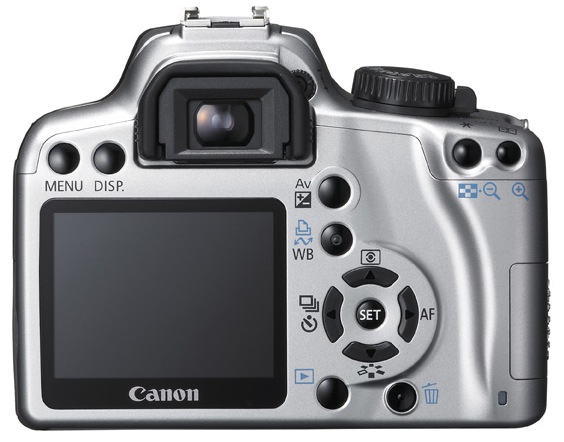 The Live View function allows users to frame and shoot images in real time via the camera’s 2.5 inch LCD screen, a great feature for users accustomed to framing shots via LCD monitors on point-and-shoot digital cameras. The Camera’s Auto Lighting Optimizer detects dark areas of an image and automatically adjusts brightness and contrast to ensure optimal image results. The Canon Rebel XS allows greater ease of use through large control buttons and easy-to-see operating panel indications such as ISO settings visible through the viewfinder and Canon Speedlite controls through the camera LCD menu.

The EOS Rebel XS camera is compatible with Canon’s extensive lineup of more than 60 EF and EF-S lenses, including the Image Stabilizer-equipped EF-S18-55mm f/3.5-5.6 IS, which is included in the camera’s standard zoom lens kit package. The Canon Rebel XS will be available in black or silver colored body variations.

In the Box
Expected to ship in August 2008 the Canon Rebel XS camera is available in a zoom lens kit version, which includes the EF-S18-55mm f/3.5-5.6 IS zoom lens, a rechargeable battery pack and charger, USB and video cables, a neckstrap, an EOS Solutions Disk CD, and a 1-year Canon U.S.A., Inc. limited warranty. The new camera’s estimated retail price is $699.99.