Kansas based Flyover Innovations, Inc. has attempted to solve the universal remote problem with an innovative App and device combo that lets you control all of your home audio and video needs from your smartphone, tablet, Apple Watch. The $99 Blumoo Homebase wireless adapter makes it all possible by converting device commands over Bluetooth into infrared signals components can understand. All controls are handled (and configured) from the iPhone or Android app where all of your normal buttons appear. But the beauty of the system is being able to control multiple things at once, like turn on/off multiple devices and select the correct inputs automatically. For those that are familiar with Logitech’s Harmony remote, it completes similar actions.

In addition to tap commands, Blumoo announced a voice-activation feature in conjunction with the Amazon Echo personal assistant gadget. That means new spoken features are now possible, like “Alexa turn on the TV.” For those that don’t know “Alexa” is the trigger word to initiate a voice command with Amazon Echo. 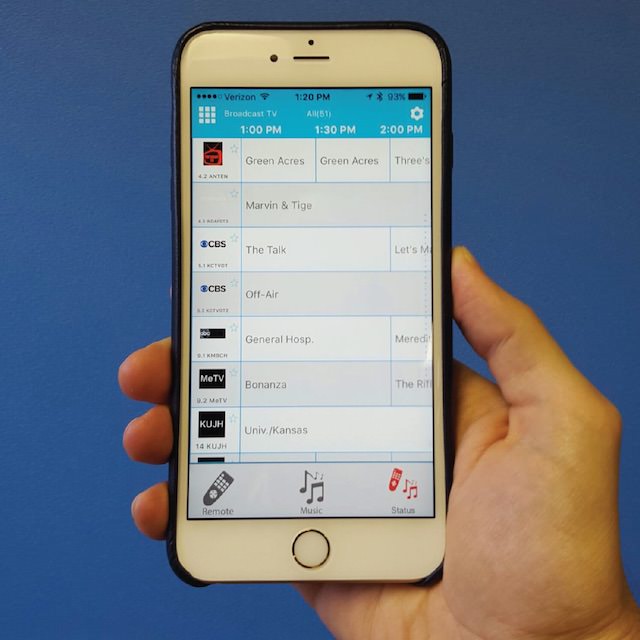 Blumoo integrates an interactive TV channel guide with filtering capabilities within the remote control application, which helps users quickly find all shows available to them. Simply click on the desired show and Blumoo will turn on the television and play it.

Blumoo also integrates a long-range Bluetooth music streaming receiver allowing users to not only control a stereo or soundbar via the app, but also access and stream music from mobile devices being played through Blumoo. The unit can stream music up to 150 feet away, five times farther than typical Bluetooth streaming devices. 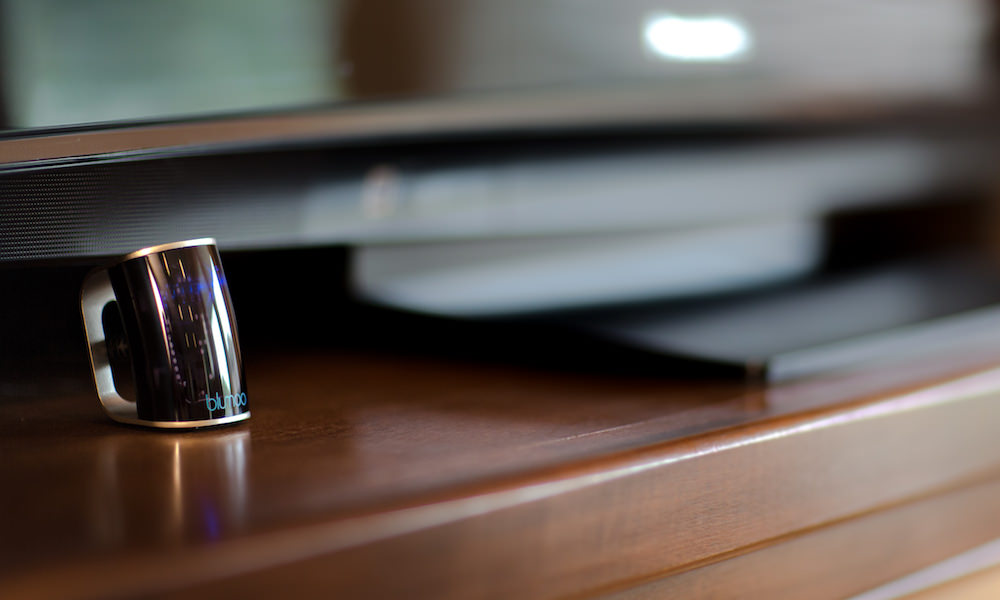 The company claims the real intelligence lies in the software, firmware and mobile application. Blumoo automatically updates itself to have the latest databases, updates and feature enhancements so it is one of the few products on the market that actually keeps getting better the longer you own it, without any associated monthly fees. The Blumoo App is a free download on the App Store or Google Play Store (requires Blumoo Homebase for operation).

See it in action here:

Given the complexity of working with 250,000 different devices, Blumoo does an admirable job trying to stitch them all together. The current reviews on Amazon.com indicate about half of users love it, while the rest have a long list of unique issues. One of the biggest problem right now is Comcast DVRs are not compatible due to Comcast preventing third-party access. The other common complaint is getting customized buttons setup can be a tedious task. Out of the box, Blumoo will take some patience to setup.

From the look of the demo videos, it appears Blumoo takes a few seconds to complete commands. The delay is likely due to the series of IR codes it must send in sequence. Nevertheless, the new integration with Amazon Echo appears to greatly improve the product, if it works as you’d expect it to.

Price and Availability
Blumoo is available now for $99 at Amazon.com, Best Buy, Sams Club, and at www.blumoo.com