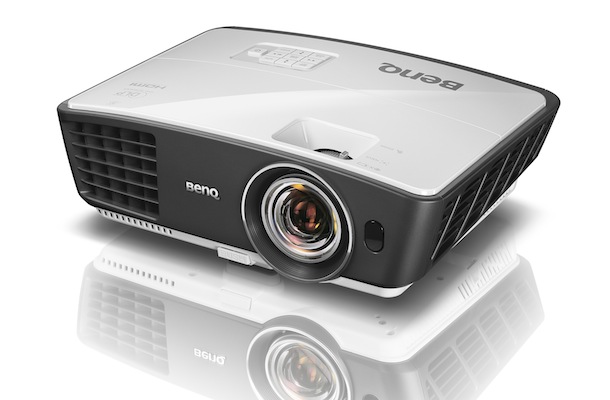 To simplify installation and setup as well as provide flexibility in projector placement, the short-throw W770ST casts an image more than 62 inches wide at 40 inches from the screen. As a result, the projector’s short-throw lens enables users to set up the device in areas such as small living rooms and bedrooms without experiencing space constraints for applications such as motion-sensing games. The ability to project large images so close to the screen eliminates image obstructions and shadows, while the projector’s quick-release button allows users to transport the device easily to any room of the house.

With the device’s integrated 10W speaker, users have the flexibility to watch movies, connect gaming consoles, or run DVDs for big picture enjoyment in any room of the house. On the screen, the W770ST provides the enhanced brightness of 2500 ANSI lumens and a high contrast ratio of 13000:1 to ensure brilliant, crisp images even in relatively bright settings. The DLP projector also features DarkChip3 technology, usually reserved for higher-priced projectors to provide deeper black levels at 720p HD resolution, and the projector offers 3D capabilities taking advantage of six primary colors (RGBCMY). The W770ST also comes with a Rec. 709 color gamut, allowing users to enjoy projected color images that match film studio and television broadcast standards, right out of the box.

To lower the device’s TCO, the W770ST comes with BenQ’s innovative SmartEco energy-saving technology. By automatically adjusting lamp power to maximize power savings, the projector delivers the best contrast and brightness performance by using only as much light as needed. The result is power savings of up to 70 percent, lower maintenance costs, and less frequent lamp replacements. To further reduce TCO, BenQ projectors are virtually free of color decay due to DLP image processing which ensures long-lasting picture quality and more reliable true-to-life color performance over time.

Price and Availability
The BenQ W770ST projector is available now for $649.