Atlantic Technology and Solus/Clements, two highly respected US loudspeaker manufacturers, today announced that they have joined forces to develop, market, and license a revolutionary new loudspeaker design protocol capable of delivering deep, low-distortion bass response at output levels unobtainable through conventional bass-alignment techniques. In particular, this technology will allow speakers with smaller cabinets and drivers to achieve levels of performance normally associated with much larger speaker systems. Proof of concept prototypes will be demonstrated at the CEDIA Expo in Atlanta, Georgia from September 10 through September 13, 2009.

The new patent-pending system, called H-PAS™, (Hybrid Pressure Acceleration System), combines elements of several speaker technologies: bass reflex, inverse horn, and transmission line. Using a unique cabinet design, these technologies are cascaded one to another to pressurize and accelerate low frequencies. In addition, the signals travel through a passive resonance/harmonic distortion line filter. The final result is the ability of an H-PAS design to deliver extended deep bass with exceptionally low distortion.

H-PAS does not require the use of special drivers, any kind of on-board electronics or outboard equalization — it is a purely passive system, completely compatible with all amplifiers and AV receivers.

The inventor of the technology is Philip Clements of Solus/Clements Loudspeakers, a 30-year plus CE industry veteran and loudspeaker designer. For the past eight months, Clements has worked closely with Atlantic Technology to develop a range of compact designs using H-PAS protocols. Clements has contracted with, and appointed Atlantic Technology as the exclusive licensing agent for the technology, and will now continue its development together with Atlantic.

The H-PAS demonstration model that will be on display at the CEDIA Expo utilizes two 4 1/2-inch drivers in an enclosure of approximately 1.4 cubic feet to produce bass that extends to 29 Hz (-3dB) at Sound Pressure Levels that exceed 105dB. Bass harmonic distortion is under 3%. Comparable performance in a conventionally designed loudspeaker system would require bass drivers of at least triple the size in an enclosure at least twice as large.

“Until now, I would have considered it virtually impossible to achieve such high levels of bass performance and quality in such small enclosures,” said Peter Tribeman, the president of Atlantic Technology. “With higher performance from smaller cabinets, and hence the potential for lower manufacturing and shipping costs, we believe H-PAS has applications in almost every corner of the loudspeaker business, ranging from large floorstanding towers to desktop computer speakers.”

“This new system,” Tribeman continues, “is the first ever to break the famous Iron Law of loudspeaker design, which states: ‘deep bass extension, compact enclosure, or good efficiency … pick any two at the expense of the third’. For the very first time, due to Phil Clements’ breakthrough design, we can have them all.”

Atlantic Technology anticipates shipping its first H-PAS product, the H-PAS-1 floor-standing speaker, in the 4th quarter of 2009. Solus/Clements will also deliver an H-PAS 6-1/2-inch tower and bookshelf model to be available early next year. 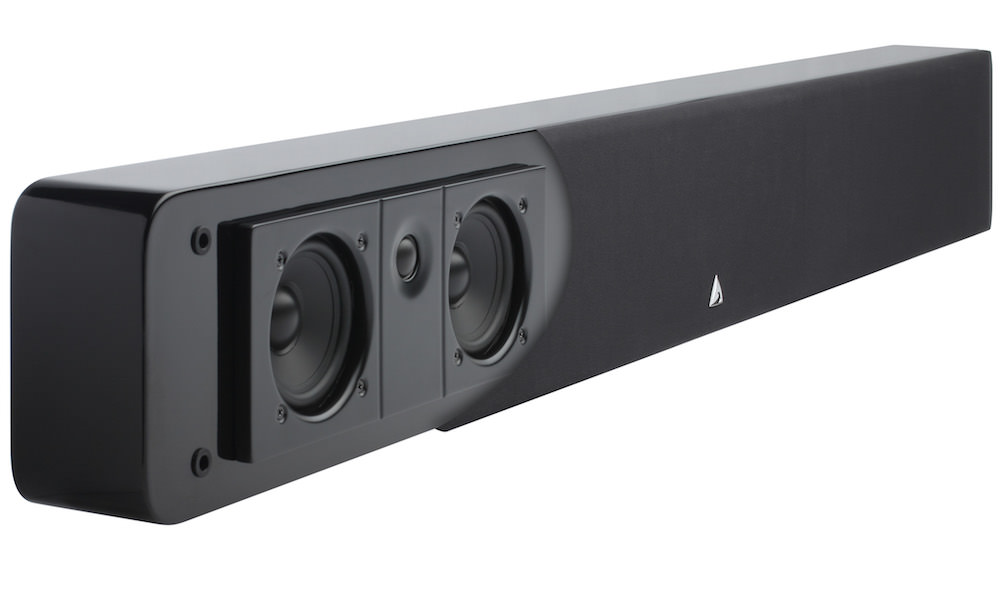 Atlantic Technology has introduced the WA-60 WA-60 Wireless Audio Transmitter/Receiver System, which eliminates the need to string unsightly audio cables across the room. With...