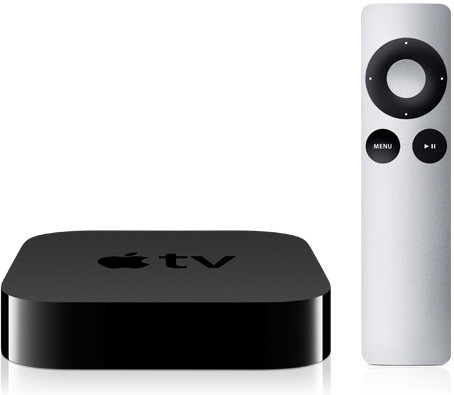 Apple® today announced the new Apple TV® which offers the simplest way to watch your favorite HD movies and TV shows on your HD TV for the breakthrough price of just $99. Apple TV users can choose from the largest online selection of HD movies to rent, including first run movies for just $4.99, and the largest online selection of HD TV show episodes to rent* from ABC, ABC Family, Fox, Disney Channel and BBC America for just 99 cents. 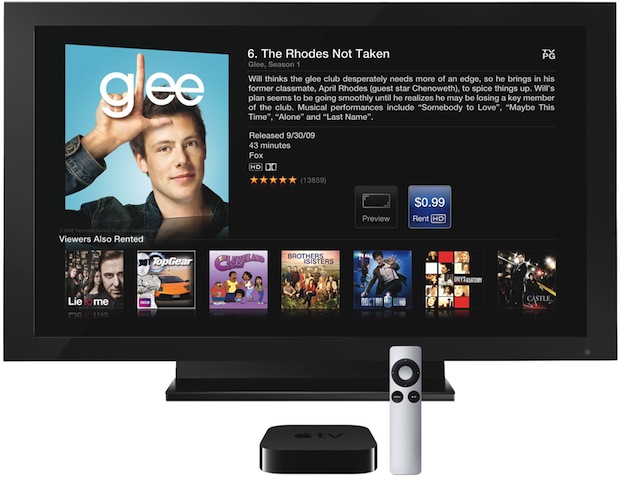 Apple TV users can now rent thousands of commercial free, HD TV episodes on iTunes® for just 99 cents, with up to 30 days to start watching and then 48 hours to finish–or watch multiple times. Users can also rent over 7,000 movies with over 3,400 available in HD, with most new releases available the same day they are released on DVD.

Apple TV also gives access to the Netflix streaming catalog for Netflix subscribers, and the ability to browse and search, rate content, add to or remove from your queue, or instantly stream straight to your HD TV. Apple TV users can also enjoy millions of YouTube videos, more than 200,000 podcasts, 4,000 Internet radio stations and personal photos from MobileMe and Flickr with several gorgeous new slideshow themes. Music, videos and photos can also be streamed from PCs and Macs, turning your HD TV into the hub of your home entertainment system.

Apple TV set-up is quick and easy with a single HDMI cable connection (HDMI cable sold separately). Just connect Apple TV to your HD TV, join a Wi-Fi network and with a few clicks on the seven-button aluminum Apple Remote, you have access to amazing content. Users can also control Apple TV with their iPhone®, iPad or iPod touch® using the Remote app, available as a free download on the App Store℠.

Pricing & Availability
Apple TV will be available late this month for a suggested retail price of $99 (US) and can be pre-ordered beginning today on Apple's online store (www.apple.com). Apple TV, which comes standard with an aluminum Apple Remote, will be available through the Apple's online store, Apple's retail stores and Apple Authorized Resellers. Apple TV requires an 802.11b/g/n wireless network or Ethernet network, a broadband Internet connection and a high definition TV capable of 720p. iTunes TV show rentals and Netflix are only available in the US. Netflix features require account subscription. iTunes movies rentals are only available in the US, Australia, Canada, France, Germany, Ireland, New Zealand and the United Kingdom.

*99 cent HD TV rentals only available in the US.

Macworld (UK)10 years ago
You Are Here