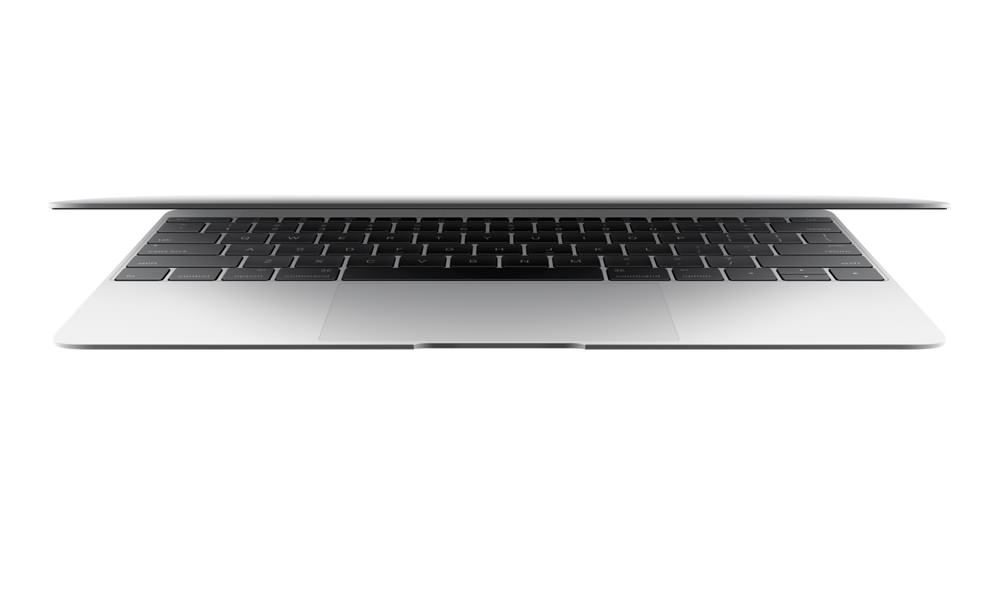 Apple today announced its thinnest and lightest MacBook ever for $1,300. It will come in gold, silver and space gray (just like iPhone). The all-new MacBook weighs just two pounds and is 13.1mm thin. It features a 12-inch Retina display, an Apple-designed full-size keyboard, all-new Force Touch trackpad, and a single port for power and data transfer called USB-C.

Measuring just 13.1 mm at its thickest point, the new MacBook design is an amazing 24 percent thinner than the 11-inch MacBook Air. Applying miniaturization techniques used in iPhone and iPad, MacBook features the most compact logic board ever in a Mac, measuring an amazing 67 percent smaller than the logic board of the 11-inch MacBook Air. With no moving parts or vents, the new MacBook was designed from the ground up to be the first fanless Mac notebook for silent, efficient performance. MacBook features the new fifth-generation Intel Core M processor that runs at just 5 watts and Intel HD Graphics 5300. The highly efficient processors work in conjunction with optimizations throughout OS X to make the new MacBook the world’s most energy efficient notebook. 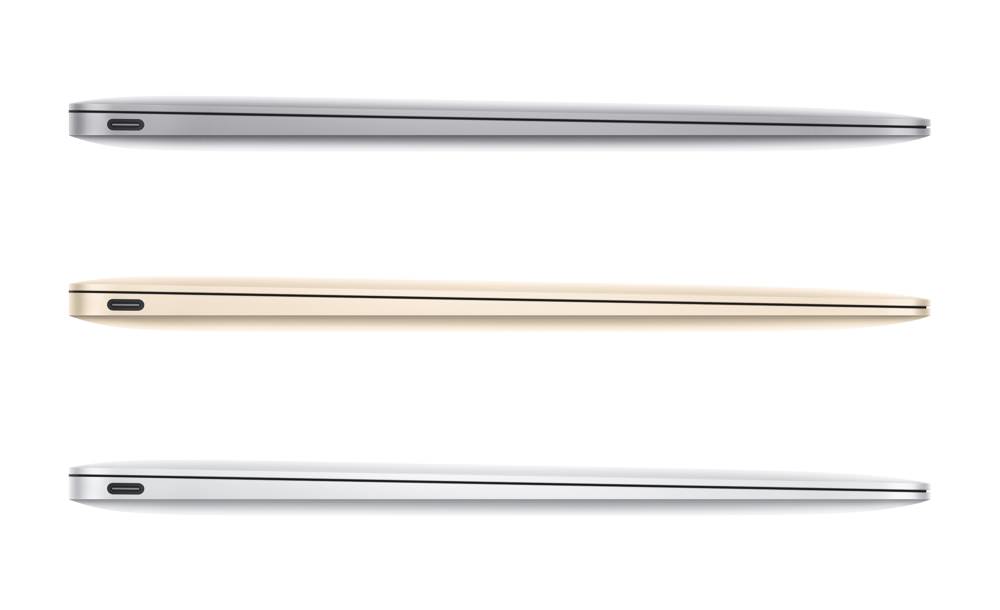 A comfortable keyboard is essential to the Mac experience and the new MacBook is designed around an all-new full-size keyboard. To fit the full-size keyboard into the amazingly thin MacBook meant completely re-engineering how a notebook keyboard works. The new keyboard is 34 percent thinner and uses an Apple-designed butterfly mechanism that is an amazing 40 percent thinner than a traditional keyboard scissor mechanism yet four times more stable, providing greater precision no matter where your finger strikes the key. New stainless steel dome switches located beneath each key deliver a crisp and responsive feel when typing, and every key on the new keyboard is individually backlit with its own single LED to deliver precisely calibrated, uniform brightness behind each keycap.

The perfect match to a full-size keyboard is a 12-inch display, and the new MacBook features a stunning 12-inch Retina display with a 16:10 aspect ratio. Measuring just 0.88 mm thin, the Retina display on the new MacBook is the thinnest display ever on a Mac. With a larger aperture for each pixel, the new Retina display is also extremely efficient and uses 30 percent less energy than existing Mac notebook Retina displays, while delivering the same level of brightness. And with a resolution of 2304 x 1440, text, photos and movies come to life with astounding clarity.

MacBook also features the all-new Force Touch trackpad that brings a new dimension of interactivity to the Mac. The new trackpad features built-in force sensors that allow you to click anywhere and haptic feedback that provides a responsive and uniform feel. You can even customize the feel of the trackpad by changing the amount of pressure needed to register each click. The Force Touch trackpad also enables a new gesture called Force Click, a click followed by a deeper press, for tasks like pulling up the definition of a word, quickly seeing a map or glancing at a preview of a file.

The new MacBook features a breakthrough terraced battery design that is layered in individual sheets that are precisely contoured to fit the MacBook’s sleek, curved enclosure. As a result, the new MacBook has 35 percent more battery capacity than would be possible with traditional battery cells and delivers all-day battery life with up to 9 hours of wireless web browsing and up to 10 hours of iTunes movie playback.

Designed for the wireless world, MacBook is perfect for tasks like streaming content from your MacBook to your HDTV using AirPlay, exchanging files quickly using AirDrop, or using wireless headphones. MacBook is equipped with the latest wireless technologies, including built-in 802.11ac Wi-Fi and Bluetooth 4.0 for fast wireless connectivity.