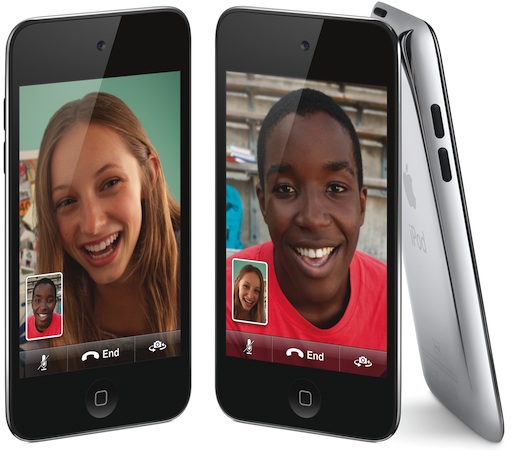 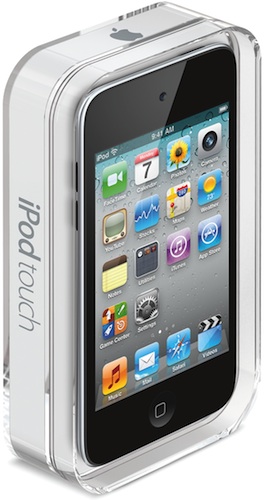 Apple’s stunning Retina display makes everything on iPod touch look even more incredible, whether playing games, watching video, browsing the web or flicking through photos. The Retina display has 960 x 640 pixels–four times as many pixels than before. The resulting 326 pixels per inch is so dense that the human eye is unable to distinguish individual pixels when iPod touch is held at a normal distance, making text, images and video look sharper, smoother and more realistic.

“We’ve put our most advanced technology inside the new iPod touch. Whether you’re listening to music, playing games, making FaceTime video calls, browsing the web, capturing HD video or watching TV shows and movies, the new iPod touch with its Retina display, A4 chip and 3-axis gyro is more fun than ever.”
— Steve Jobs, Apple CEO

The rear-facing camera on iPod touch is perfect for HD video recording. Users can easily capture HD video wherever they are and share it via email, MobileMe and YouTube. With the iMovie app, users can combine movie clips, add dynamic transitions and themes and include photos and music right on their iPod touch. Users can buy and download the app for just $4.99 through the App Store right on their iPod touch.

Apple’s A4 chip provides iPod touch users with exceptional processor and graphics performance along with long battery life. This remarkably fast and power-efficient chip, along with the Retina display and 3-axis gyro, makes games on iPod touch the best they’ve ever been on any mobile device.

iPod touch is the world’s most popular portable game player. Now with Game Center, iPod touch users can challenge and play friends or be matched automatically with new opponents. Game Center lets iPod touch users showcase their scores and achievements and discover new games their friends are playing. With the App Store on iPod touch, users have access to the world’s largest catalog of apps with over 250,000 apps, including over 65,000 game and entertainment titles to choose from.

Music and entertainment lovers can now easily access iTunes Ping directly from their new iPod touch. iTunes Ping lets you follow your favorite artists and friends to discover the music they’re talking about, listening to and downloading. iPod touch users also have the entire iTunes Store at their fingertips, giving them instant access to the world’s largest catalog of music, TV shows and movies.

Pricing & Availability
The new iPod touch (4th generation) will be available next week (September 2010) for a suggested prices of:

WIRED10 years ago
You Are Here