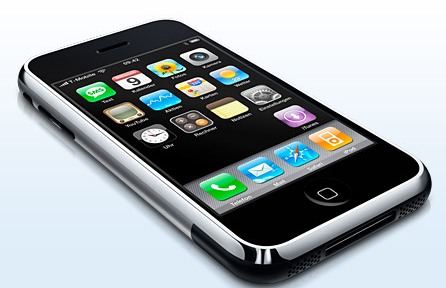 Rate Plans for iPhone in Germany, Starting at Just €49 per Month; All Plans Include Unlimited Data, Visual Voicemail & Access to Over 8,000 Wi-Fi HotSpots

T-Mobile and Apple today announced three simple, affordable rate plans for iPhone™ in Germany, starting at just €49 per month. All three “iPhone Complete” plans include unlimited data, Visual Voicemail and access to T-Mobile’s more than 8,000 Wi-Fi HotSpots in Germany. iPhone customers can easily choose the plan that’s right for them based on the amount of voice minutes and SMS text messages they plan to use each month.

“This means that users can enjoy the fantastic experience of the mobile Internet on the iPhone with no worries,” said Philipp Humm, managing director, T-Mobile Germany. The incredible combination of T-Mobile’s powerful EDGE network combined with the country’s largest offering of Wi-Fi HotSpots and the exclusive ‘iPhone Complete’ rate plans give T-Mobile customers everything they need to experience the iPhone to the fullest. The transparently structured Complete rates thus confirm our brand motto ‘simply closer.'”

“We’re thrilled to be partnering with T-Mobile and can’t wait to start selling the iPhone in Germany in just a few short weeks,” said Philip Schiller, Apple’s senior vice president of Worldwide Product Marketing. “Starting at just €49 per month, we think these three rate plans give customers the flexibility to experience all of iPhone’s revolutionary features at affordable and competitive prices.”

All iPhone plans include Visual Voicemail, an industry first, which allows consumers to see a listing of their voicemails, decide which messages to listen to, then go directly to those messages without listening to previous messages. Just like email, Visual Voicemail on iPhone enables users to immediately and randomly access the messages that interest them most.

iPhone combines three devices into one–a mobile phone, a widescreen iPod, and a breakthrough Internet device–all based on Apple’s revolutionary multi-touch interface and pioneering software that allows users to control iPhone with just a tap, flick or pinch of their fingers.

By the end of 2007, T-Mobile will be the only network operator in Germany to offer EDGE throughout almost its entire GSM network. EDGE accelerates the mobile data transfer rate to over 220 Kilobits per second, which makes it almost four times as fast as ISDN in fixed-line networks. With EDGE, the German market leader offers its customers broadband anywhere and at any time. With 20,000 HotSpots worldwide, T-Mobile is the biggest Wi-Fi provider in the world. Of those HotSpots, over 8,000 are in Germany, where HotSpot users can achieve download speeds of up to 11 megabits per second.

Pricing & Availability
iPhone is scheduled to go on sale on November 9 and will be sold in Germany through Telekom Shops of Deutsche Telekom and the T-Mobile web shop. iPhone requires a new 2-year T-Mobile rate plan and will be available in an 8GB model for €399 including V.A.T. and will work with either a PC or Mac.

iPhone activation will require an Internet connection; an iTunes Store account or a major credit card; the latest version of iTunes available at www.itunes.de and a PC or Mac with a USB 2.0 port and one of the following operating systems: Mac OS X v10.4.10 or later; Windows XP Home or Professional with Service Pack 2 or later; or Windows Vista Home Premium, Business, Enterprise or Ultimate Edition. 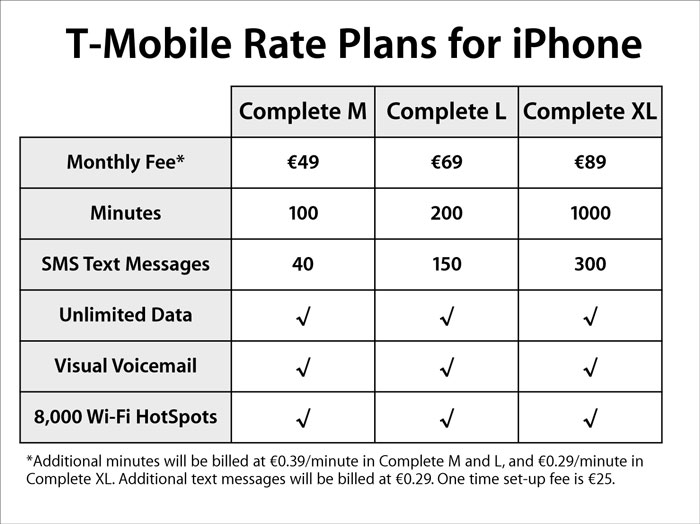 T-Mobile International is one of the world’s leading companies in mobile communications. As one of Deutsche Telekom’s three strategic business units, T-Mobile concentrates on the most dynamic markets in Europe and the United States. Almost 112 million mobile customers were served by companies of the Deutsche Telekom group by June 30, 2007. The common technology platform is based on GSM, the world’s most successful digital wireless standard. This also makes T-Mobile the only mobile communications provider with a seamless transatlantic service.

Apple ignited the personal computer revolution in the 1970s with the Apple II and reinvented the personal computer in the 1980s with the Macintosh. Today, Apple continues to lead the industry in innovation with its award-winning computers, OS X operating system and iLife and professional applications. Apple is also spearheading the digital media revolution with its iPod portable music and video players and iTunes online store, and has entered the mobile phone market this year with its revolutionary iPhone.