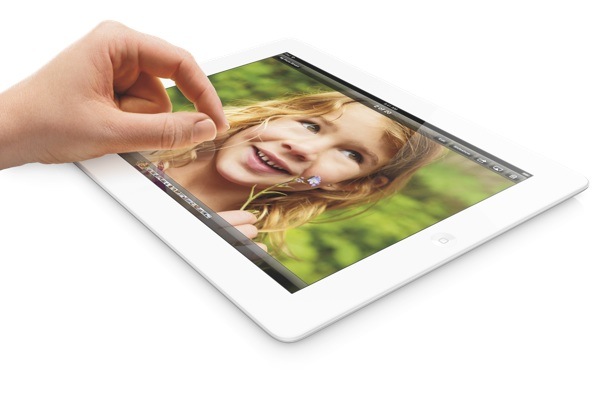 The latest 9.7-inch Retina display tablet from Apple is twice as fast as the previous iPad with improved front camera, Siri and new Lightning connector.

Apple announced the fourth generation iPad featuring a 9.7-inch Retina display, new Apple-designed A6X chip offering twice the CPU performance and up to twice the graphics performance of the A5X chip (from the 3rd generation iPad), all while delivering the same 10 hours of battery life in the same thin and light iPad design. Other new features include a FaceTime HD camera, twice the Wi-Fi performance when compared to previous iPad models and support for additional LTE carriers worldwide.

The Retina display on iPad features a 2048×1536 resolution, rich color saturation, and an astounding 3.1 million pixels. That’s four times the number of pixels in iPad 2 and a million more than an HDTV. Those pixels are so close together, your eyes can’t discern individual ones at a normal viewing distance. 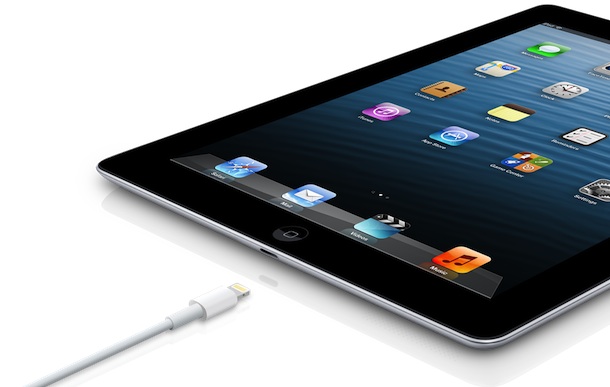 For the first time on iPad, Siri allows you to command your tablet with voice commands. Siri understands your natural speech and works right out of the box, without any work on your part. Siri uses voice recognition algorithms to categorize your voice into one of the dialects or accents it understands. Siri also uses information from your contacts, music library, calendars, and reminders to better understand what you say.

The fourth generation iPad is also known as iPad with Retina display. That’s a little confusing because the 3rd-gen iPad also has a Retina display, but was called the new iPad at its debut. Regardless of the naming Apple’s iPad 4 is really just a minor upgrade over its predecessor, yet it pushes the bar even farther ahead of its competitors.

Pricing & Availability
The fourth generation iPad with Wi-Fi models were released on November 2, 2012 in black or white for:

Fourth generation iPad with Wi-Fi + Cellular for AT&T, Sprint and Verizon should start shipping on November 25, 2012 for:

Additionally, iPad 2 is available at: