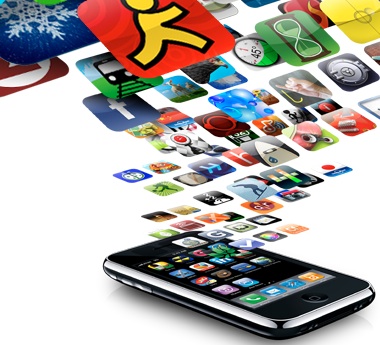 Apple today announced that customers have downloaded one billion applications from its revolutionary App Store, the largest applications store in the world. The one billionth app, Bump created by Bump Technologies, was downloaded by Connor Mulcahey, age 13, of Weston, CT. As the grand prize winner of Apple’s one billion app countdown contest, Connor will receive a $10,000 iTunes gift card, an iPod touch, a Time Capsule and a MacBook Pro.

“The revolutionary App Store has been a phenomenal hit with iPhone and iPod touch users around the world, and we’d like to thank our customers and developers for helping us achieve the astonishing milestone of one billion apps downloaded,” said Philip Schiller, Apple’s senior vice president of Worldwide Product Marketing. “In nine months, the App Store has completely revolutionized the mobile industry and this is only the beginning.”

Today, the groundbreaking App Store has more than 35,000 applications available to consumers in 77 countries, allowing developers to reach tens of millions of iPhone™ and iPod touch users around the world. This summer the iPhone OS 3.0 software update will provide developers with over 1,000 new developer APIs enabling In-App Purchases, Peer-to-Peer connections, App control of accessories, and Push Notifications. The iPhone OS 3.0 release will also add over 100 customer features including cut, copy and paste; Spotlight™ search; landscape keyboard and view for all key iPhone apps; MMS* support; and expanded parental controls for apps, TV shows, and movies from the App Store.

*MMS messaging is available only on iPhone 3G; fees may apply. MMS may not be available in all areas.