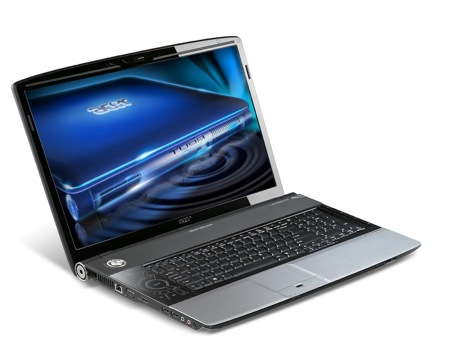 In the wake of the great success achieved by the first Aspire Gemstone range, launched in May 2007, Acer has developed a brand new notebook concept that fuses elements of the original Gemstone series – exclusive design, innovative textures (surfaces) and materials, Dolby audio enhancements – in a market-exclusive form factor based on a 18.4-inch footprint that reveals a true HD nature. In addition, a signature element animates the product: blue, color and light, is the element that marks the design of this new series, named Aspire Gemstone blue.

The Aspire 8920G series was designed to deliver a high-quality High-Definition experience that engages all the senses.

Vision
The Aspire 8920G is a pleasure for the eyes: Acer is first to market with a 18.4-inch Full HD CineCrystal LCD panel with 1920×1080 pixel resolution, 8ms response time and native 16:9 widescreen aspect ratio, the golden ratio to enjoy HD content with realism and precision.

The Exceptional high-definition viewing is guaranteed by an HDMI connector with HDCP support, an interface that delivers crisp high-quality visuals and high-fidelity audio using only one cable. In addition, the new notebook series is equipped with Wide Color Gamut Plus displays and delivers 100% more color range intensity than the typical notebook panels.

Experience
New design and new controls: the Aspire 8920G comes with the brand new CineDash media console, a touch-sensitive interface that gives you a new way to manage entertainment and launch Acer Arcade in seconds, as well as navigate menus, adjust volume and control media on the fly. The new design also means new surfaces including the intricate texture of the NeoWeave palm rest which signifies refined taste and exacting technical prowess, while providing a comfortable area for placing your hands.

Style
The Aspire Gemstone blue sits on the leading edge of a new era in Acer notebook design. Dynamic and sophisticated, it reveals its true identity through eye-catching features like the multi-layered, shimmering 3D finish, contrasting textures, a chic blue, black and silver color scheme, and interior/exterior lighting effects.

The Holographic 3D cover radiates true elegance. The Starlit backlight shines beneath the Floating Acer logo, the focal point of the iridescent, midnight sapphire sub-layer, which sparkles with varying gradations of black and blue when viewed from different angles.

The Enlightener power button shines flashes to life in a sharp line of bright blue neon when the notebook is turned on, along with the CineDash media console. This ultra-slick media control area is both magnificently styled and instantly easy to use. No other notebook offers the same degree of style and substance.

The intricate texture of the NeoWeave palm rest is both refined and rugged, providing a comfortable, ergonomic area for your hands.

A shining adaptation of the original Gemstone design, the DiamondBlack eKey flaunts the classic appeal of precious stones and launches a world of empowering technologies.

Storage
Generous HDD space of up to 640GB (2x320GB) meets the needs of multimedia collectors. For the optical drive, the Aspire 8920G models lets you choose between two excellent Blu-Ray Discs™ and a DVD-Super Multi double-layer drive. In addition, for easy and speedy data transfer, the series features a comfortable 6-in-1 card reader that supports the most common card formats.

By integrating a TV Tuner for digital television (on selected models) the Aspire 8920G provides a simple way to capture the interactive world of terrestrial digital and analogue television. Arcade Deluxe, Acer’s multimedia software suite, helps users view and switch between channels with a clear and easy-to-use interface.

Videoconference
On selected models, the Aspire 8920G comes bundled with a VoIP Bluetooth phone, a handy device that can be used as a normal cell phone connected to the notebook through Bluetooth connections, or can be placed on any desk or surface and used as a speaker phone, letting the user communicate freely while continuing to work on the PC. Used in combination with the integrated Acer CrystalEye camera, the VoIP phone guarantees real-time videoconferencing and effortless broadcasting.

All Acer notebooks come with a standard 1 year Carry In (International travellers warranty – ITW) which can be extended to 3 years’ cover with the Acer Advantage service that also covers accidental damage to the notebook.

About Acer
Since its founding in 1976, Acer has constantly pursued the goal of breaking the barriers between people and technology. Focused on marketing its brand-name IT products around the globe, Acer ranks as the world’s No. 3 (Q407) vendor for total PCs and No. 2 for notebooks, with the fastest growth among the top-five players. A profitable and sustainable Channel Business Model is instrumental to Acer’s continued growth, while a successful merger of Gateway Inc. as a wholly owned subsidiary completes the company’s global footprint by strengthening its presence in the U.S. and enhancing its strong position in Europe. Acer Inc. employs 5,300 people worldwide. Estimated revenue for 2007 is US$14.06 billion. See http://www.acer.com/us for more information. 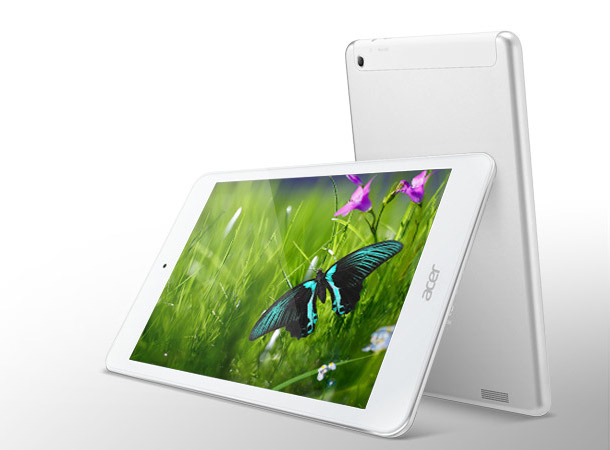 The new Acer Iconia A1-830 is a 7.9-inch Android 4.2.1 Jelly Bean tablet with a premium and stylish design, vibrant IPS display, responsive performance... 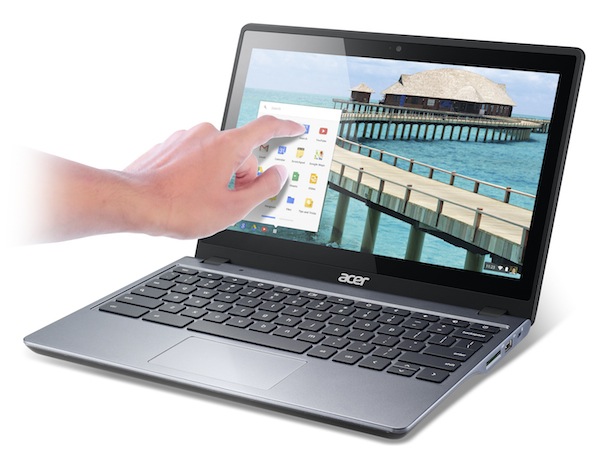 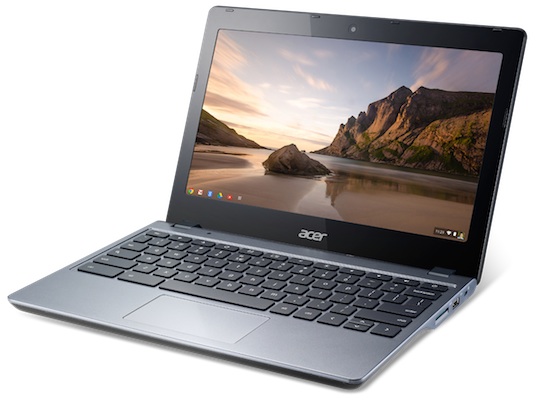 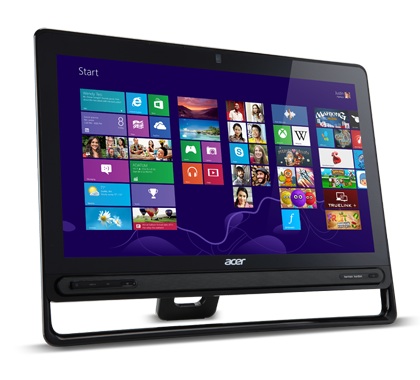