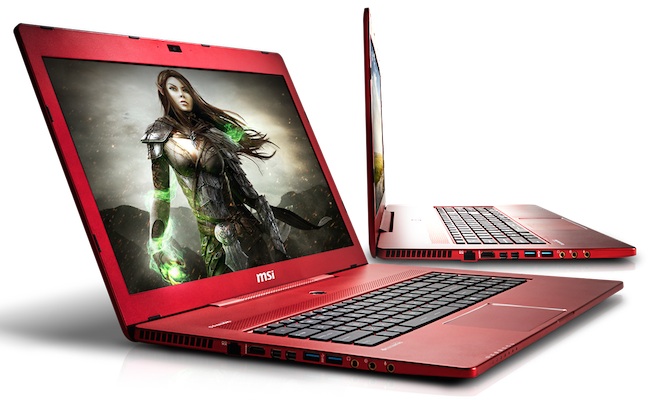 MSI’s newest gaming laptops feature their exclusive SHIFT power adjustment technology that enables easy tweaking of CPU and GPU performance to best suit the gamers’ needs. SHIFT comes with three proprietary modes: Sport to maximize CPU and GPU usage for extreme performance, Comfort for a smooth and balanced ride, and Green, which enables the lowest power consumption of both CPU and GPU while maintaining the coolest constant temperatures for both.

All new laptops can be customized via the Dragon Gaming Center and SteelSeries Engine. Gamers can SHIFT CPU and GPU usage through the Dragon Gaming Center as well as monitor system performance, temperature, network speed, power consumption, fan speed and more. The SteelSeries Engine gives gamers the ability to personalize playing style with over a billion customization options, program individual keys for unlimited configurations, determine key color and lighting patterns, save and share configurations, and learn gaming patterns with key usage statistics.

Price and Availability
All GS and GT gaming laptops equipped with NVIDIA’s GTX 900M graphics are available now starting at $1,599.99.

Upgrading
If you have one of the older MSI gaming laptops, this video shows you how to upgrade your MSI GT72 Dominator (Pro) graphics solution to a GTX 970M/980M. Be careful though, it will void your warranty.