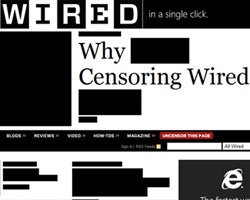 It has been very hard to be online without seeing the acronyms SOPA and PIPA. Both are pieces of legislation being proposed by Congress, created with the hope of finally bringing some sort of regulation for copyright infringement to the web. The proposed bills look to stop websites from spreading copyrighted material or selling counterfeit items. More than that, the laws would affect websites like YouTube, where users often post content that violates the rules in the terms of service. If one of these videos slipped through the cracks, technically the government could require ISPs (Internet Service Providers) and search engines to block the site — which is not really a workable, or even reasonable, solution.

The bill currently being debated in the House of Representatives is SOPA, the Stop Online Piracy Act. Spearheaded by Republican Representative Lamar Smith, the proposed legislation has come under fierce scrutiny from tech industry monoliths like Google and Facebook, as well as security experts who think it's technically disastrous. PIPA, the Protect IP Act, is the Senate's even weaker version of the bill, which has already lost support from at least 18 Senators. I'd like to think that the online protests had something to do with the recent Senatorial distancing.

"You're destroying the Internet!" versus "We need to stop these digital thieves and protect intellectual property by passing a sweeping law!" played out for a while mostly outside of the public eye until some of the biggest websites put the issue front and center. Wikipedia, Google, Mozilla, Wired and Reddit were among the sites that used their valuable digital real estate to protest, what they consider, egregiously ignorant legislation. These protests seem to have been effective. Google announced that it acquired over 8 million unique signatures on its SOPA/PIPA petition, just from a link on its homepage. Wikipedia directed over 7 million people to their local representatives so they could express their opposition to the legislation. But what exactly is being opposed?

One of the controversial provisions would give the government broad power to make service providers block websites at the DNS (Domain Name System) level. Many agree that this would not only be ineffective, it could pose potential security issues. If legislation is to be passed to regulate content on the Internet, much greater technical foresight will be required. Choosing to not understand how the Internet works is no longer an acceptable option, especially for those tasked with regulating it.

A less technical provision that is ruffling feathers would make the maximum penalty for streaming or downloading copyrighted content, five years in prison. Most reasonable people would agree that a mother caught illegally downloading a torrent of Josh Groban's Christmas album probably should not face the possibility of five years in jail.

As flawed as the language and provisions of SOPA and PIPA are, there is one part of both bills that make absolute sense: stealing content is wrong. Sadly, there is a fairly large group of people who believe everything on the Internet should be free. Hacktivists routinely cripple websites of businesses, organizations and even governments that oppose the idyllic "free web." While I completely understand how post-Napster digital natives have come to believe that stealing copyrighted material (and depriving rightsholders of the value of their intellectual property) is OK. I violently disagree with their thesis.

This puts me in a very strange position — I am aligned with people seeking the same short term result I am seeking — these bills, as written, must not become law. However, after SOPA and PIPA are defeated, we are going to have to figure out how to reconcile the fact that "we the people" who respect copyrights, and "we the people" that don't, are going to have to work together to solve this problem. It won't be easy. In fact, it may never happen.

Which begs for the question, "How should intellectual property rights be protected?" Unfortunately, the technological answer is far, far easier than the political one. Before we can protect content creators, we need to agree that content needs to be protected. Considering the passionate beliefs on both sides, I'm not optimistic.

About the Author: Shelly Palmer is the host of "Digital Life with Shelly Palmer," a weekly half-hour television show about living and working in a digital world which can be seen on WNBC-TV's NY Nonstop Tuesdays at 10p Eastern and online, and the host of "MediaBytes," a daily news show that features insightful commentary and a unique insiders take on the biggest stories in technology, media, and entertainment. He is Managing Director of Advanced Media Ventures Group, LLC an industry-leading advisory and business development firm and the President of the National Academy of Television Arts & Sciences, NY (the organization that bestows the coveted Emmy Awards). Mr. Palmer is the author of Television Disrupted: The Transition from Network to Networked TV (2008, York House Press) and the upcoming, Get Digital: Reinventing Yourself and Your Career for the 21st Century Economy (2009, Lake House Press). You can join the MediaBytes mailing list here. Shelly can be reached at shelly@palmer.net For information visit www.shellypalmer.com

Home > Latest > Articles > Why SOPA and PIPA Must Be Stopped