Sony today announced it will permanently take $40 off the price of its PSP (PlayStation Portable, model PSP-3000) gaming system. Starting February 27, 2011 the PSP will be available for $129.99 instead of $169.99. Since launching in 2005, the PSP system has sold more than 23 million units in North America and 67.8 million worldwide, offering more than 590 engaging titles in North America as well as access to a vast selection of downloadable content from PlayStation Network. In addition to the new price point, 13 new games will be added to the PSP “Greatest Hits” and $9.99 “Favorites” software collections, further delivering upon the PSP system’s incredible entertainment value.

“This new price point enables us
to broaden the PSP platform to a
larger group of consumers who are
looking for best-in-class handheld
entertainment.”
— Tim Bender, SVP, Sales, SCEA 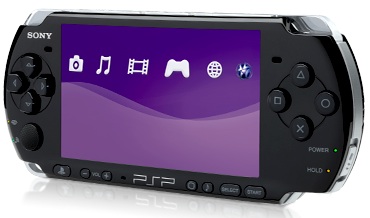 Acclaimed for being the first truly integrated handheld entertainment system, the PSP system continues to deliver unparalleled gaming experiences only possible on the PSP platform while offering a wide variety of affordable entertainment options to consumers.