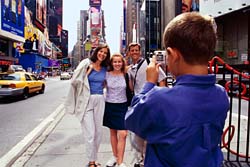 OK, how about this: Should the government be able to regulate production crew activities that will impact the flow of pedestrian or vehicular traffic in public areas like streets, plazas, bridges and tunnels?

There was a news item on WNBC-TV New York's local news last week that tried to sensationalize these questions beyond reason. I understand that TV is ratings-driven. And, I also understand that conflict makes for good, compelling stories. But film permits are not about Homeland Security… or are they?

According to their website, the New York City Mayor's Office of Film, Theater and Broadcasting (MOFTB), founded in 1966, was the first U.S. film commission. The MOFTB has always offered free permits. In addition, if warranted by the activity, it has also offered free police assistance to streamline filming in New York City. The permit has served as the filmer's authorization to interact with, and stage production activity, on City property.

Here is an overview of the proposed new rules:

Read a complete .pdf file of the proposed rules at www.nyc.gov/film. 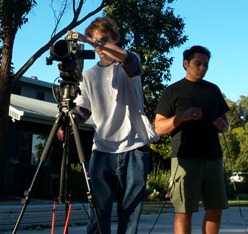 So why are the Civil Liberties people up in arms? First and foremost, citizens of New York who are not active members of the film and television production community probably have no idea that there have been permits issued for production in NYC for over 40 years. The way this subject is being presented, in the news and in the blogosphere, makes it sound like a new idea. It is not.

Then, there's the quite logical "fear factor." If we let the City regulate a small part of something, will they ultimately regulate all of it? And, of course, is the City government simply starting something that the state and federal governments are going to jump on?

I received so many emails and phone calls on this subject that I was literally forced to call the Commissioner's office so I could hear the story directly.

I was treated to an off the record conversation about the issues and referred to the document I have referenced above. You can draw your own conclusions as to the intentions of the MOFTB.

However, I would urge production professionals to exercise some restraint in over-sensationalizing this issue. For some reason, everyone seems to think that this is some kind of government plot to prevent you from taking a point and shoot snapshot of your grandmother standing in front of the Empire State Building. As far as I can tell, it isn't. However, if you want to bring a 10 person crew to 34th Street and Fifth Avenue, hang some lights, put your camera on a tripod or dolly and film for eight hours, you're going to need a permit. Just like you did yesterday, last year and five years ago. 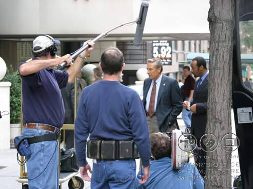 How this proposed revision to the NYC film/tv shoot permitting process has been distorted in the press is at best, sensationalistic, and at worst, a huge disservice to the professional production community.

It would be great if every location in America was as easy to shoot in as NYC. During the Bloomberg administration, Commissioner Oliver has bent over backwards to help make New York as easy and economical location as it can possibly be. The police are a huge help, parking permits are relatively easy and the insurance requirements make total sense in this litigious day and age.

By the time you read this, the official time for comments on the matter will be closed. But I hope the press (citizen journalists and news professionals alike) will take a hard look at the facts before another round of pointless fear mongering. These regulations will not impact tourism or the family photo album — unless your next family video requires a crew and causes a traffic jam.