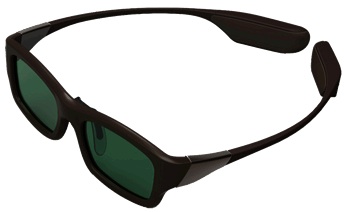 On April 24, 2011 Samsung began offering two free pairs of 3D active glasses with the purchase of any Samsung 3D LED TV or 3D Plasma TV from an authorized Samsung retailer. For those who haven't received their 3D glasses yet, Samsung has created a new website (samsung.com/us/3Dglasses) to submit a claim. All claims must be submitted within 90 days of purchase and must include proof of purchase.

3D Glasses Promotion Details
For those consumers who purchase a 2011 Samsung 3D TV from an authorized Samsung retailer between April 24, 2011 and June 25, 2011, and do not otherwise receive 3D glasses from that retailer (either as part of the 3D glasses promotion or as part of a 3D Starter Kit provided by the retailer with select TV models), Samsung will provide two pairs of 2011 3D battery glasses directly to the consumer.

Samsung Lowers Retail Pricing for 3D Glasses
Samsung also has lowered prices on its complete line of glasses as of May 1. Revised pricing follows.

About Samsung 3D technolgy
Samsung's 3D Active technology delivers a no-compromise 3D experience. Unlike other approaches to 3D, Active 3D Technology delivers up to double the resolution for an immersive, Full HD image (1080p picture for each eye), a wider viewing angle and no black lines interfering with the picture.