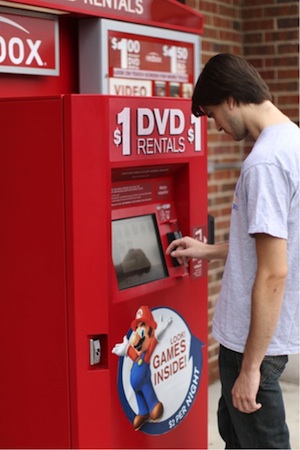 Top video games and new release movies are priced at $2 a day, complementing $1 DVD and $1.50 Blu-ray daily rental prices. Plus, the redbox rent and return anywhere policy allows families to rent at one destination and return at another

“Whether customers are playing a new game or genre, trying a game before they buy it or simply entertaining friends and family, they’re embracing the availability of games at redbox,” said Joel Resnik, vice president of video games, redbox.