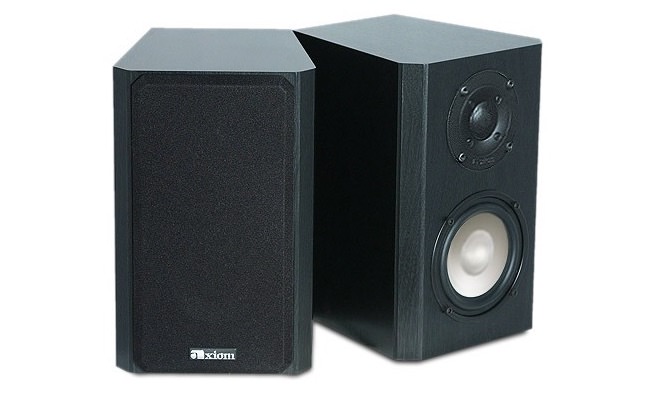 In an uncertain economy, as companies run lean and lay off workers, most everyone except the super rich rein in their spending one way or another. And certainly a case can be made that elaborate high fidelity and home theater surround systems are relative luxuries, although I won’t be the one to make that case. Having my music and video entertainment presented attractively and realistically in my own home at relatively little expense over the long term isn’t a “luxury.” For me, it’s essential, to keep me calm and sane in a jumbled world. It’s a retreat, and an escape, like falling into a great book or sitting in the dark and getting lost in an adventure through the eyes of an imaginative director, writer or composer.

As it turns out, I’m not alone in this thinking: if you delve deeply enough into the sales figures, even in this economy, most of us are apparently unwilling to postpone getting that large-screen television. Sales continue to grow, albeit not at the same rate as before the stock market plunge and the implosion of the mortgage and banking markets (in the USA).

Still, some degree of prudence is in order, if only to maintain an emergency fund for those “what if. ?” scenarios. Here’s my recession recipe for getting lost in great sound (and video) without breaking the piggy bank.

1. Keep It Simple; Start with Stereo
Just because your AV receiver contains seven amplifiers, you don’t have to immediately order up seven loudspeakers and a subwoofer. Stereo–just two good bookshelf speakers–can be eminently satisfying for a huge variety of music until such time as you have the funds to gradually expand your 2-channel system to accommodate surround sound and ultra-low bass. Great music reproduction is quite possible with natural, linear modest speakers like Axiom’s M2 v2 bookshelf model. I was reminded of this in June when I was at Axiom’s plant doing a double-blind comparison of two speakers (unknown to me during the comparison). I ended up rating the two almost identically on fidelity and accuracy (each got about 8 out of 10) and wrote that it was almost impossible to choose between the two. I wanted a little more bass from each and I did have a very slight preference for one over the other but I recall writing “These are both very good speakers!” As it turned out, both were M2s, one with a little design variation in the tweeter dome. I was astonished at how loud they’d play, how natural they sounded and how difficult it was for me to find flaws in the reproduced music, which illustrates the pleasures to be had from a pair of modest Axiom speakers that sell for $296US/pair ($320 CAD) including delivery.

2. Be Content With 50 Inches.
Of course we’d all love the dedicated home theater room with a 1080p front projector capable of throwing a huge 10-ft. (120-inch) diagonal high-definition image from a Blu-ray disc player. But 1080p projectors and electric screens begin to add up, as do the big home theater recliner seats and elaborate construction required for tiered seating in a dedicated room. Until the economy recovers, a 50-inch diagonal flat screen, either plasma or LCD can be eminently satisfying from a viewing distance of 8 to 15 feet, and you’ll keep your budget from ballooning beyond reason.

3. Do the Gradual Upgrade: Add Surround Speakers or a Subwoofer Later On
You’ve got your gorgeous flat screen, between 46 and 52 inches. Now you have to add some good speakers to bring the audio up to match the High Definition video. Do it gradually: you could start with three small bookshelf speakers across the front for a minimum outlay. Or go for the front left and right main speakers now and get two surrounds, leaving the subwoofer and center-channel speaker for later. An audio reviewer friend of mine suggested a different alternative, especially for those who mostly watch movies—get a big center speaker like the VP150 now, and a decent subwoofer, with four small satellites (M2). That way, the center (and subwoofer) will handle the bulk of audio content of movie soundtracks very well and you’ll have full-blown 5.1-channel surround sound. And the system will still do a good job with music.

For the consumer who rarely views movies and focuses mainly on music, an alternative route would be to get two floorstanding left and right main speakers with good bass output, and two small surrounds. The floorstanding mains–M50s, M60s or ,M80s–will handle virtually all of the deep bass present in pop, rock and classical music very effectively (as well as much of the bass in movie soundtracks). Leave the center for later (use the Phantom mode for the odd movie, which splits the dialog between the front left and right main speakers), and get two small surrounds. Forget about the subwoofer until you can afford it or feel you need it for the Low Frequency effects of movies and greater bass extension for music.

4. Use Your Living Room for Music and Home Theater.
Not everyone has the resources to budget for a dedicated home theater room or a home with a “great” room. A conventional living room will work very well for excellent home theater and music experiences as well as your everyday relaxation. Compact surround speakers like the QS4s or QS8s can be painted to match the décor or you can do an entire surround system with hybrid in-wall speakers or small on-wall satellites like Axiom’s M2, placing the subwoofer unobtrusively in a corner behind a plant. For more ambitious budgets, moderately priced electric screens that lower at the touch of a button can be concealed behind a valance on the ceiling. HD front projector prices have come down significantly, especially 720p models. These widescreen 720p projectors are a wonderful alternative to the pricey 1080p models, sacrificing very little performance for a fraction of the cost. Remember that 1280 x 720p resolution is still High-Definition and the standard for the vast majority of broadcast HD shows and movies. Highly rated 720p projectors in LCD and DLP formats from brands such as Panasonic, Epson, Sanyo and Mitsubishi start at just over $700US “street price” and are capable of very pleasing big, widescreen images. If you must have 1080p, you’ll generally pay a big premium: popular, well-reviewed models from the above brands begin around $2,500 for 1080p, except for Sanyo, which has a strong contender in the Z700, at $1799(US).

5. The Problem with HTiB.
For those on a really limited budget, getting an all-in-one Home Theater in a Box (HTiB) system may seem like a viable starting point at a very low cost. Unfortunately you’ll quickly become disappointed in the mediocre sound quality of the “OEM” speakers and grossly underpowered amplifiers supplied with such systems, and there is no way to upgrade. Your only option is to scrap your HTiB and start over, making your initial investment a waste. Instead, get a pair of well-reviewed bookshelf speakers and a decent entry-level AV receiver with surround-sound output capabilities (good ones start at $300). You can use it in stereo and later on add surround speakers, a center channel, and a subwoofer as your budget increases and consumer confidence returns.