A rare Star Wars concept poster printed for the 1980 sequel The Empire Strikes Back sold Sunday, July 29, 2018 for $26,400 at Heritage Auctions, setting a world record as the most expensive movie poster from the space opera ever sold at auction.

The poster was estimated to sell for between $5,000 and $10,000 in Heritage Auctions’ Movie Poster Auction, which realized more than $1.6 million in total sales. 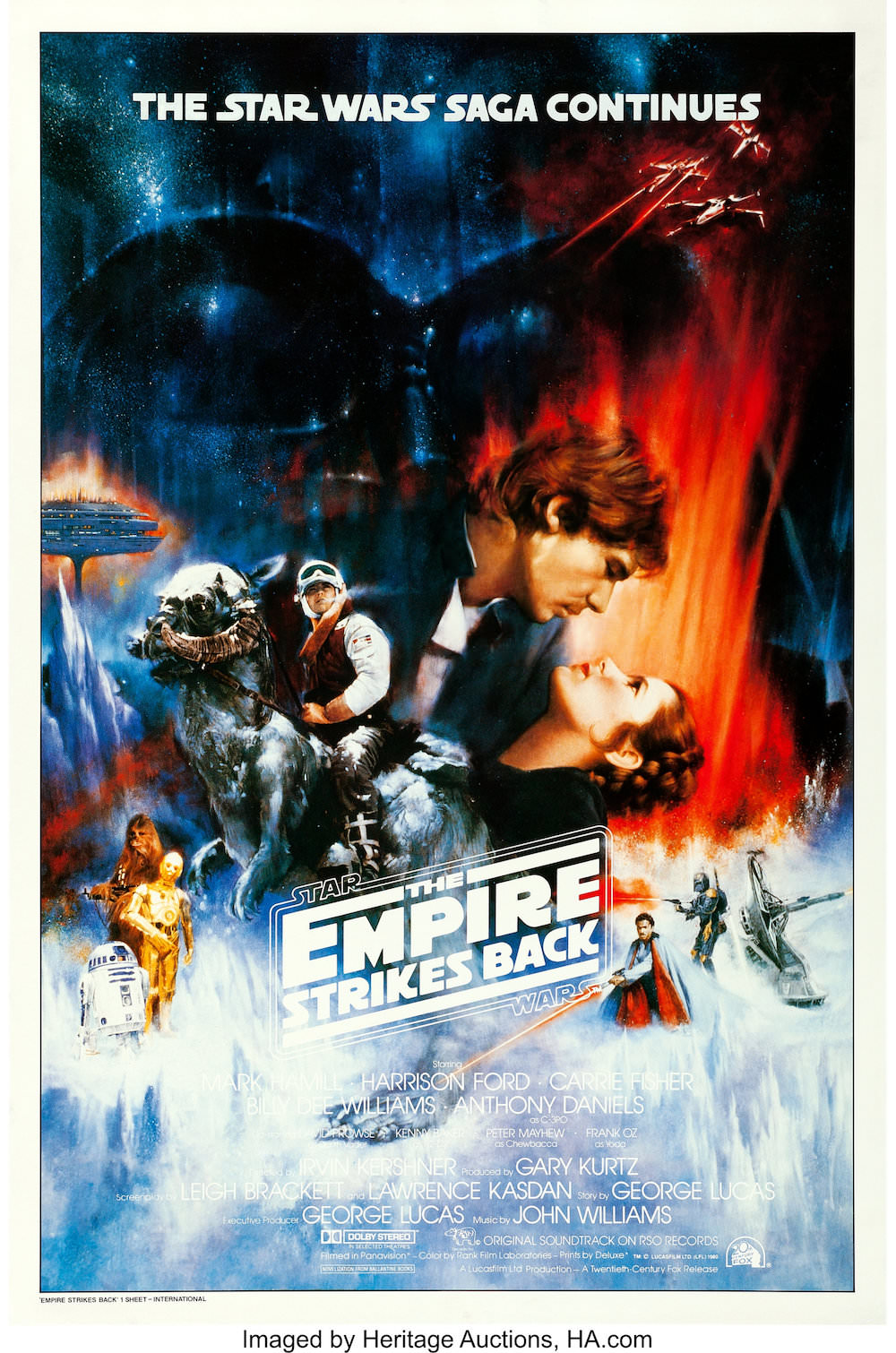 “This poster is considered to be one of the more rare posters in the entire Star Wars trilogy,” said Grey Smith, Director of Vintage Posters at Heritage Auctions. “This poster is unique as it features the complete Kastel artwork in the original color palette for the second in George Lucas’ trilogy.”

One of a handful of original examples known to exist, the poster was a trial run featuring art by artist Roger Kastel. Kastel took inspiration from a poster for Gone with the Wind for the film’s 1974 re-release. That poster features an image of Clark Gable carrying Vivien Leigh surrounded by flames. In Kastel’s poster, characters Han Solo and Princess Leia Organa share a similar embrace while surrounded by action scenes and a menacing visage of villain Darth Vader.

Perhaps done as a test printing of the International edition of the poster, this version includes images of Lando Calrissian, Boba Fett, Cloud City and more. When the studio made their final revisions, those additional elements were removed from the original Kastel design, as they were considered too busy. 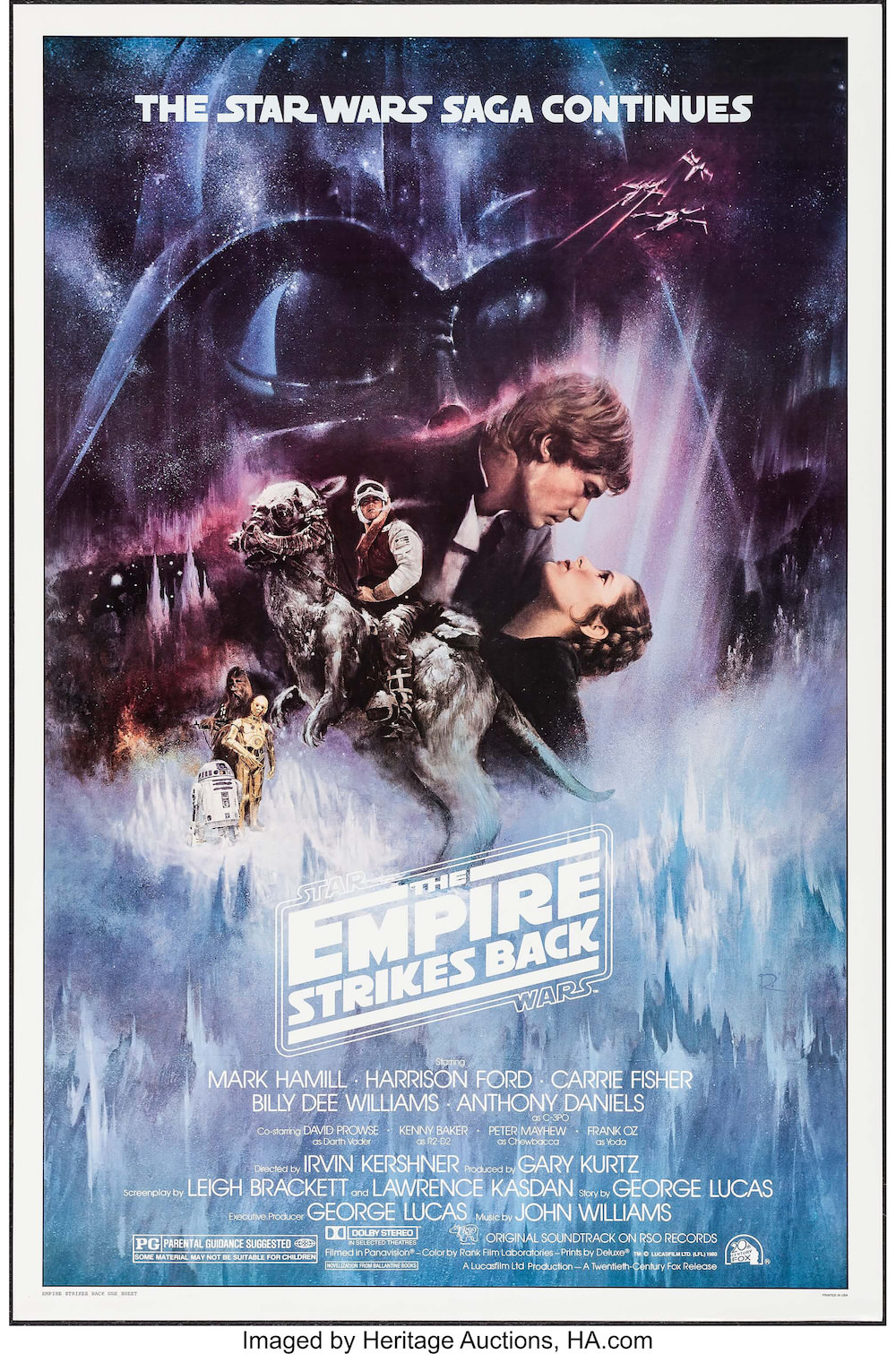 The studio also went with a darker color scheme of mostly blues and purples, losing the vibrant reds and oranges from Kastel’s original vision.

The most expensive item in the entire Vintage Movie Poster auction was the original poster artwork for Star Trek IV: The Voyage Home by Bob Peak (Paramount, 1987). It sold for $46,800.