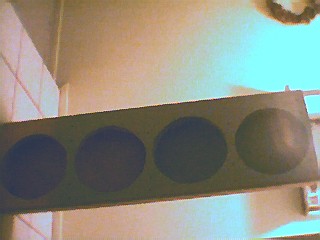 Retrieving real deep bass and reproducing it in your home theater or listening room at real-life levels is not easy. In fact, there are laws of physics that dictate how deep a subwoofer will extend its bass output, and as often as not some of these work against simple physical limitations of room size and placement.

For example, other things being equal (and each of the following may be manipulated to achieve certain gains at the expense of other performance factors), the larger the subwoofer box is in relation to the diameter of the woofer, the deeper the bass output will be. (One enthusiast I know installed a huge driver in one wall of a room in his house, using the adjoining room as the enclosure! When this is fired up, the entire house resonates. Is it any surprise that this gentleman lives alone?) Put another way, the smaller the box in relation to the driver, the less deep bass output will be. Or we can get somewhat deeper bass by reducing the driver size along with the box but sacrifice maximum loudness.

How low do we need a subwoofer to go to deliver audible output? Human hearing extends to about 20 Hz, and although there are frequencies deeper than that–some huge pipe organs actually produce a fundamental tone at 16 Hz — they are typically more felt than “heard.” If you feel the vibrations in a church pew, or in the floor, you are likely feeling 16 Hz or so, but actually hearing the second harmonic at 32 Hz. To most of us, hearing a 32-Hz harmonic of a pipe organ “sounds” really low — and it is — but to add to its impact, a really fine subwoofer needs to add that ultra-low “felt” component, and deliver significant output in the 20-Hz region. Virtually all popular subwoofers achieve some bass output in the 20-Hz region, but they do so only through the assistance of room reinforcement and advantageous placement in the room. (And that’s also how the sub’s performance is measured, by advantageous placement of the measurement microphone in a area or node of bass reinforcement.) All of this works as long as the room isn’t too big. In fact, many of us have experienced very deep bass in a car equipped with a good sub, because of the small volume of air in the passenger compartment.

But in a larger space like a big room, true 20-Hz subwoofer output is hard to get. And it’s this content that adds the enormous wow! element to movie soundtrack effects, and furthers the realism of great orchestral music. Earthquakes, train crashes and artillery all produce frequencies in the 20-Hz region, as do orchestra bass drums, pipe organs, synthesizers and even some pianos.

Attempts have been made (not really successful) to reduce the subwoofer enclosure size and try to compensate by using very large amplifiers and huge magnet assemblies (to take the extra power) in order to produce deep bass extension and output. But ultimately, box-size-to-woofer-diameter rules! You can extract tones as low as 40 Hz from a small sub by putting it in a smaller room in a favorable location — a room mode or corner (a node in a room can give you 6 dB of boost). Similarly, some available ultra-compact and expensive cube subwoofers do produce fairly low frequencies, but they have real limitations in maximum output. They simply won’t play low frequencies at anything approaching real-life loudness. If the sub’s output is 9 dB down (-9 dB) at 32 Hz (about half the output at 70 Hz), you would need eight times the power to correct for the 9-dB loss (you must double the power for every 3 dB of boost applied). If you started out using a 200-watt amplifier, you would have to increase that to a 1,600-watt amplifier and then lose most of those gains to the driver required to take the power!

If in theory you wanted to design a sub that could truly reach the 20-Hz level with no more than a 4-dB drop in output in an anechoic environment, then the laws of physics dictate that the box must be large. There is no way around this. You would also need to incorporate an efficient amplifier because true deep bass extension requires enormous output (over 400 watts) in order to achieve sufficient loudness at these frequencies. It also must have the power to drive a large woofer and move the requisite quantities of air. This can present a problem for conventional analog amplifiers that are not very efficient (50% efficiency is common; the rest is dissipated in heat). Digital amplifier technology can lend itself to this application but the design would need to overcome the inherent problems with this type of amplifier. (At the moment, digital amplifiers are not generally used this way; more often they are implemented to reduce manufacturing costs at the expense of proper dynamic head room .) Overcoming the problem of a digital amplifier’s “hard ceiling” in terms of dynamic headroom is a major challenge to amplifier designers. A conventional digital amplifier goes into immediate and severe distortion at its output limits. Given the widely varying signal levels of music and movie soundtracks, it’s essential that new digital amplifier designs incorporate a means of preventing the amp from sudden distortion if a loudness peak exceeds the output limits of the amplifier.

Digital amplifier design is making great strides and receiving lots of attention at the moment. Innovative approaches to solving the dynamic headroom puzzle will inevitably be forthcoming. This is a whole different topic, and your faithful writer will look at this in greater detail in a future issue, where I will present alternatives that may make digital amplification appropriate for high-quality audio applications.

Why a Trumpet Sounds Like a Trumpet
All notes from a musical instrument, deep bass included, are made up of a “fundamental” tone and harmonics, which occur at mathematical multiples of the fundamental tones and help give each instrument its tonal signature or identity. For example, even if different instruments–trumpet, sax, and piano–all play the same note of identical pitch and frequency, each instrument will sound quite different. This occurs because each instrument’s harmonic makeup gives the instrument its distinctive sound. It’s harmonics that make a sax sound like a sax and a piano like a piano. That’s also why we are still able to “hear” a 16-Hz organ pedal tone, because we actually hear the 32-Hz harmonic, which is much louder than the 16-Hz fundamental. However, if our subwoofer doesn’t reproduce any of the 16-Hz energy, then we won’t feel as much and it won’t seem as realistic. The same goes for soundtrack effects.