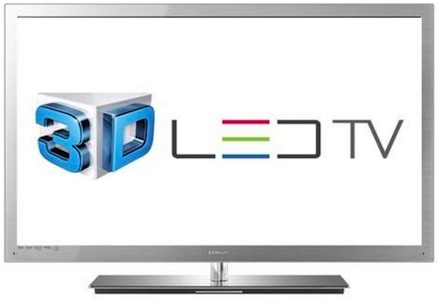 Internet connectivity, LED backlighting and 3D were supposed to make you want a new HDTV, but consumers are not falling for it.

According to the DisplaySearch Global TV Replacement Study, the main reasons why people decide to buy a new TV are the same ones that have been cited for years: to have a newer, bigger and better performing TV, and not just to replace a broken TV, although that can be a motivator. In an effort to drive even faster replacement activity, TV set makers have been developing new features to entice consumers to trade in even recently purchased sets that are just a few years old.

“While it is valuable to know how often people are upgrading or adding new TVs to the home, it’s also important to understand why,” noted Paul Gagnon, Director of North America TV Research at DisplaySearch. “Some of the findings from this study show that newer features are not yet strong drivers of new TV purchases compared to fundamentals like trading up in size or getting a flat panel TV.”

LED backlights promise thinner form factors and lower power consumption for LCD TVs, but at a higher cost, while internet connectivity expands the range of content TV viewers have access to. Finally, 3D was pitched as the next revolution in TV viewing, akin to the move to HDTV. These features add capability to TVs, along with cost, but the hope by many participants in the TV industry was that these features could nudge recent flat panel TV buyers back into the market for a new set earlier. The findings from the DisplaySearch study show that more work needs to be done to educate and convince consumers on the merits of these new features.

Importance of New Features by Country, Relative to the Other 14 Drivers of TV Replacement

LED Backlights – Most Important of Three Advanced Feature Drivers, But Only Above-Average in Importance in Two Countries
In the majority of countries studied, LED was a below average driver of new TV replacements, but ranked stronger than internet connectivity and 3D in most cases. Only Urban China and Russia had an above-average incidence of LED being a reason to upgrade an existing TV, with Indonesia following closely behind. The reasoning could be low awareness or understanding of the value offered by LED backlighting (lower power, thinner, lighter), but also an unwillingness to upgrade just to get this feature when price premiums are still 20% or higher.

Internet Connectivity – Below-Average Upgrade Driver in Every Case
As a wide range of devices come with internet connectivity, and internet video consumption grows every year, upgrading a TV to gain internet connectivity may seem like a strong draw. But a very confusing marketplace and lack of embedded wireless connectivity mean that most view it as a nice feature to have, but certainly not a principle reason to upgrade a TV. Many of the countries that showed a higher level of interest were also emerging economies, so the lack of a strong traditional broadcast infrastructure may actually increase the relative importance of getting video content via the internet, and therefore make an internet-connected TV more of a motivating factor to upgrading existing sets.

3D Capability – One of the Weakest Drivers of New TV Replacements, Contrary to Set Makers’ and Retailers’ Hopes
Few new TV features have garnered as much attention in the last year as 3D has. TV brands and TV retailers had been expecting the availability of 3D TVs to kick off a new boom in TV replacement, akin to the HD and flat panel booms. Although 3D TV shipments showed strong growth in 2010, the study results indicate that consumers aren’t looking to make a new TV upgrade just to get 3D. The study results do indicate that 3D is a more important criterion for consumers who are already looking to purchase a new set. Even Japanese consumers, long considered to be early adopters, cited 3D as a relatively unimportant factor when deciding to buy a new TV. More likely, the lack of broadly available 3D content is making 3D a future-proof feature, but not a main reason to upgrade in the first place.