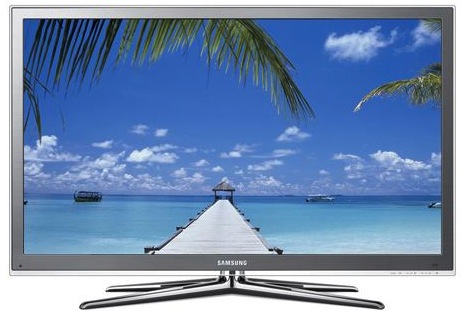 Initial 3D TV Tests Find Images Pop, But There's Not Much to Watch – Yet

There's been a lot of hype surrounding the launch of 3D TV, but is the new technology worth buying right away? Consumer Reports tested several new sets in its labs–the first hands-on evaluation outside the manufacturers' facilities–and found that the sets live up to their advance billing, but the average consumer shouldn't rush out to buy one.

The results of Consumer Reports' tests of two Samsung LCD sets and a Panasonic plasma TV with 3D capability are impressive. Full results are published in the June issue on newsstands May 4 and online at www.ConsumerReports.org. The 3D images had excellent depth, color, and high-def details, creating a compelling 3D picture as good as a movie theater.

However, for consumers who are satisfied with their current HDTV and aren't burning to have the latest technology, Consumer Reports recommends waiting to buy. The price of 3DTVs and Blu-ray players is likely to drop, and there should be more 3D content to watch in time.

"Blu-ray discs with 3D content are just arriving, and while 3D broadcasts are starting up it will be a while before there are many of them," said Paul Reynolds, electronics editor, Consumer Reports. "Though there isn't a huge price premium for the TVs, a 3D setup isn't inexpensive. For the sets we tested, you should figure on paying about $3,000 for the TV, Blu-ray player, and glasses for a family of four."

The sets were connected to each company's new 3D Blu-ray player, the Samsung BD-C6900 and Panasonic DMP-BDT300, each $400. Both Blu-ray players worked on all of the sets, but the glasses are brand-specific, and don't work with other TVs. Consumer Reports testers watched the same Blu-ray 3D disc on all three TVs.

What was found
All three sets delivered eye-catching three dimensional effects in full 1080p resolution and they also provided an acceptably bright picture, important because 3D glasses can make images appear dimmer. The Samsung LCD TVs displayed subtle ghosting of 3D images to varying degrees in different scenes. Such ghosting, technically called "crosstalk," indicates that the images for each eye aren't being kept completely separate, as they should be. The ghosting was distracting when visible and it detracted from the 3D effect. Also, when testers tilted their heads, as if lying on the couch, the picture dimmed a bit on both Samsungs.

On the Samsung 7000 model, testers also noticed some cloudiness caused by uneven backlighting in darker scenes, which was a bit distracting. Testers were able to minimize cloudiness on the 8000 by lowering the backlight and using the "smart LED" dimming feature. Like most LCD sets, both sets have a fairly narrow viewing angle, so picture quality degraded as the viewer moved off center.

Despite these minor glitches, Consumer Reports found that the Samsung sets provided excellent picture detail and satisfying colors and contrast with 3D and regular HD content. The glasses were lighter and more comfortable to wear than the Panasonic's.

The Panasonic plasma displayed negligible crosstalk and no cloudiness, adding to the realism of the 3D effect. The viewing angle is virtually unlimited and testers saw no change in image brightness when they tilted their heads. Picture detail and black levels were excellent. The Panasonic model might have the best motion resolution of any flat-panel TV CR has ever tested. Detail remained sharp and clear even in test patterns designed to reveal blur in fast-moving images.

Consumers Union 2010. The material above is intended for legitimate news entities only; it may not be used for advertising or promotional purposes. Consumer Reports® is published by Consumers Union, an expert, independent nonprofit organization whose mission is to work for a fair, just, and safe marketplace for all consumers and to empower consumers to protect themselves. We accept no advertising and pay for all the products we test. We are not beholden to any commercial interest. Our income is derived from the sale of Consumer Reports®, ConsumerReports.org® and our other publications and information products, services, fees, and noncommercial contributions and grants. Our Ratings and reports are intended solely for the use of our readers. Neither the Ratings nor the reports may be used in advertising or for any other commercial purpose without our permission. Consumers Union will take all steps open to it to prevent commercial use of its materials, its name, or the name of Consumer Reports®.