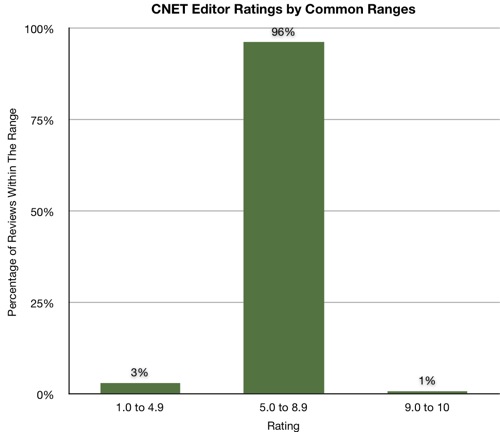 Our study analyzed 1,325 product reviews by CNET Editors across all categories during the 2007 calendar year.

CNET uses a 10-point rating scale to rate products. Each product is evaluated and given a score for “Design” (30%), “Features” (30%), and “Performance” (40%). CNET then calculates the weighted average to get a products final score.

Please note that value or price is not factored into a CNET rating.

Our study revealed the following:

Each point on CNET’s 10-point scale is given a classification and definition. The table below outlines the CNET rating/meaning and the percentage of reviews that received a rating in that range. Also, note the tabs below the spreadsheet reveal more data. 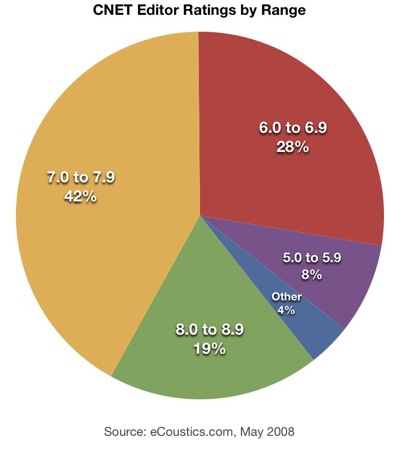 CNET’s most popular rating was 7.0, followed by 8.0, and then 7.3. The chart below shows the number of reviews given the same rating. 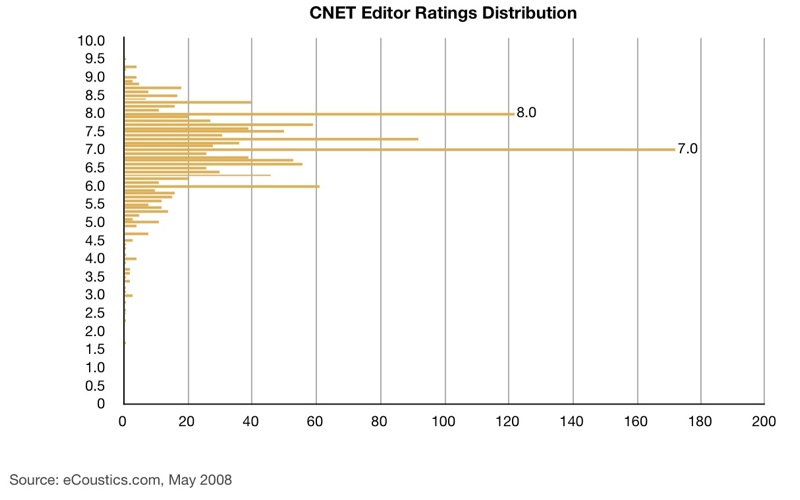 The highest and lowest rated products both happened to be video games: 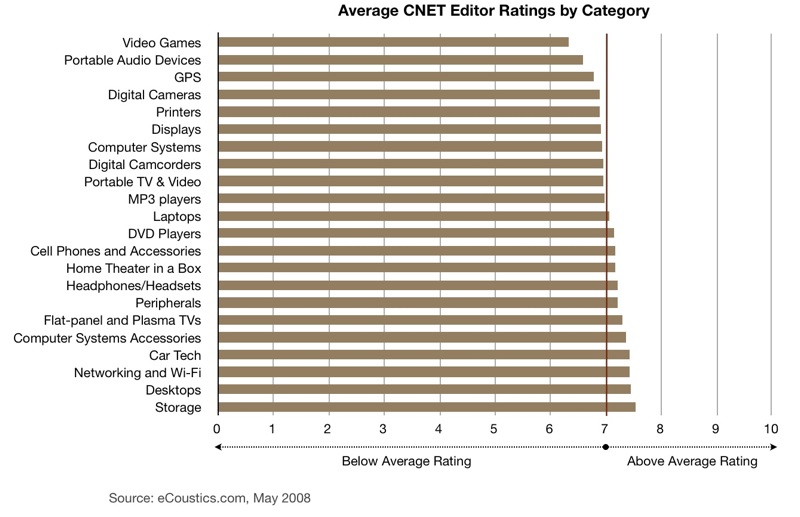 A closer look at the brands revealed a slightly greater variation from the overall average rating (7.0). Of the major manufacturers RIM (Blackberry) and Apple achieved the highest average ratings, while Casio and Olympus received the lowest. 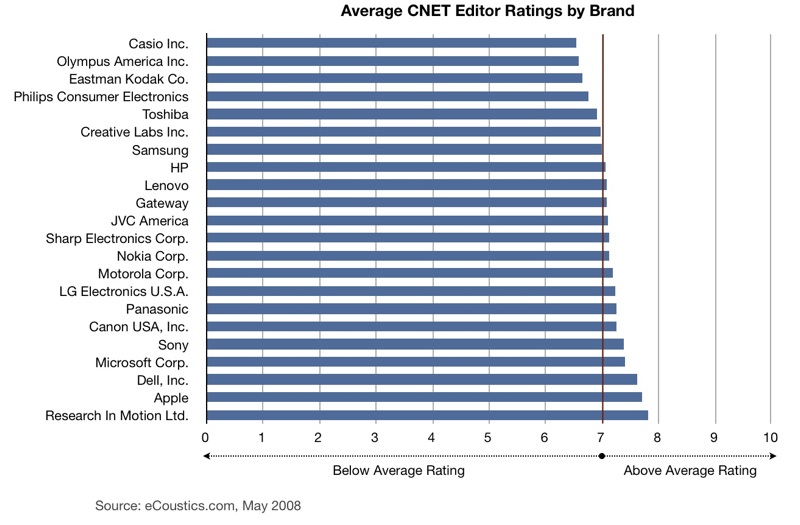 Methodology
This was an independent study by eCoustics.com. The sample size was 1,325 product reviews by CNET Editors in 2007. Duplicate reviews (e.g. same model in different colors) and products reviewed but not given a number rating were elimated.