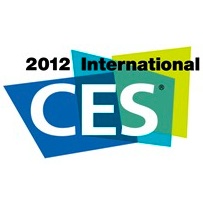 The theme of this year's Consumer Electronics Show was connected living. Everything from wrist watches to toaster ovens featured ways to connect to the Internet. Why? Because they could. Do you really need your wristwatch to connect to the cloud? Well, I don't know if "need" is the right word. In many cases, connectivity is a "nice to have," not a "need to have."

I like to say that there are only two kinds of people, and two kinds of devices: connected and not connected — apparently, that's how the Consumer Electronics (CE) industry sees the world as well. But here's the thing: hidden under the excitement of cloud-connected devices is the reality that the industry is changing, and changing fast.

If you know anything about the CE industry, you know that interoperability is not something big electronics firms are fond of. For years, Sony refused to use industry compatible SD cards in favor of its Sony Memory Stick. It even used an obscure type of Firewire connector, just to promote the sales and non-interoperability of its video and still cameras. Not to single out Sony, almost every CE company has its own proprietary ecosystem. And all of them hope you will choose their way of thinking if you want to interface with their gear.

This is not a consumer-friendly strategy, but some "old school" businesspeople believe it is the right way to do business. At one time, it may have been a good idea, but it's over. Cloud storage, 3G, 4G, WiFi, h.264, .mp3 and other very common consumer standards have wrenched control away from big CE companies and handed it to consumers. Which begs for the question, can you market a successful closed system in 2012 and beyond? I'm pretty sure the answer is no.

If you walked around the show floor, one of the key takeaways would have been silos and unique proprietary systems are not making the cut. The consumers have won, and won big.

What was interesting at the show? Intel chips have enabled a new class of personal computers called Ultrabooks. They are all MacBook Air look-alikes, but they run Windows and they are inexpensive by comparison. This is going to be one of the big stories of the year. They are really going to sell and, I humbly submit, give tablets a real run for their money. Of course, the same technology will find its way into tablets and the arms race will continue. The winner … you! Consumers will benefit in every way. Faster, smaller, thinner and more connected personal computing experiences.

I also liked LG's 55" OLED TV. The picture is indescribably gorgeous and it's about 4 millimeters thin. No price or specific delivery date, but look for it by the end of the year.

Samsung debuted a series of big, flat screen TVs that have motion sensing and voice recognition built in. Think of it as an Xbox Kinect without any extra boxes or cables. The demo was fun, but it's not ready for prime time.

Samsung also showed off the Samsung Galaxy Note, a 5.3" Android phone/tablet crossover. Lots of people liked the size, some said it was too big, others said it was too small. Where's Goldilocks when you really need her.

The most remarkable thing about International CES 2012 was the number of people doing business. There were fantastic parties, everyone had an optimistic, upbeat attitude about the future and the general consensus was that things are turning around.

Of course, it's not business as usual, everyone is trying to figure out how to be more like Apple. From operating systems to hardware, almost every pitch included some reference to iDevices, iTunes or the iTunes store — and everyone is playing catch-up. This was not 2 million square feet of Apple Fanboys, this was a town full of electronics professionals wondering how they missed the mark and what they could do about it.

Lastly, if you're wondering if Microsoft will be missed at next year's show? The short answer is no. CES is not about any one manufacturer; it's about an industry. Kudos to the CEA for putting on an amazing exhibition that included the best of the best in every category — this year was truly awesome!