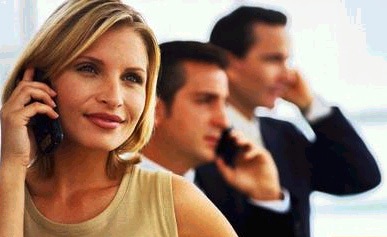 The AP is reporting San Francisco's Board of Supervisors on Tuesday gave final approval to the country's first law requiring cell phone retailers to post the amount of radiation emitted by the phones they sell.

The board voted 10-1 to approve the first-of-its-kind ordinance that requires stores to disclose each phone's specific absorption rate, or SAR.

The measure is backed by Mayor Gavin Newsom, who is expected to sign it within 10 days.

"From our perspective, this is a very reasonable and quite modest measure that will provide greater transparency and information to consumers for whom this is an area of interest or concern," said Newsom spokesman Tony Winnicker, who noted that the mayor is an iPhone user. "We're playing a role that we've often played, which is to be at the forefront of a debate."

Opponent of the new requirements, CTIA Vice President of Public Affairs John Walls said, "CTIA and the wireless industry are disappointed that the San Francisco Board of Supervisors has approved the so-called 'Cell Phone Right-to-Know' ordinance. Rather than inform, the ordinance will potentially mislead consumers with point of sale requirements suggesting that some phones are 'safer' than others based on radiofrequency (RF) emissions. In fact, all phones sold legally in the U.S. must comply with the Federal Communications Commission's safety standards for RF emissions. According to the FCC, all such compliant phones are safe phones as measured by these standards. The scientific evidence does not support point of sale requirements that would suggest some compliant phones are 'safer' than other compliant phones based on RF emissions.

"While we have enjoyed bringing our three day fall show to San Francisco five times in the last seven years, which has meant we've brought more than 68,000 exhibitors and attendees and had an economic impact of almost $80 million to the Bay Area economy, the Board of Supervisors' action has led us to decide to relocate our show. We are disappointed to announce that the 2010 CTIA Enterprise and Applications show in October will be the last one we have in San Francisco for the foreseeable future. We have already been contacted by several other cities that are eager to work with us and understand the tremendous benefits that wireless technology and our show can provide their area."

Findings.
a) Government agencies and scientific bodies in the European Union (EU) and Israel have recognized the potential harm of long-term exposure to radiation emitted from cellphones and, as a result, have issued warnings about their use, especially their use by children.

b) The United States Federal Communications Commission ("the FCC") has established a maximum allowable Specific Absorption Rate ("SAR") rating that manufacturersmust disclose to the government when offering a portable wireless device (cell phone) forsale. The SAR is a value that corresponds to the relative amount of radiofrequency energyabsorbed in the head or body of a user of a wireless handset.

At the time of adoption of thisordinance, the FCC limit for public exposure from cellular telephones is an SAR level of 1.6 watts per kilogram (1.6 W/kg) for spatial peak (local) SAR, such as SAR in the user'shead, as averaged over any 1 gram of tissue.

d) Cell phones are an important communication tool, especially during emergencies, and radiation exposure from cell phones can be reduced by using a speakerphone or a headset, or by sending text messages.

Requirements
a) No retailer within the City may sell or lease, or offer to sell or lease, any cell phone to the public without disclosine the SAR value for that phone as required by this Chapter and any regulations promulgated pursuant to this Chapter.

About CTIA
CTIA-The Wireless Association® is an international organization representing the wireless communications industry. Membership in the association includes wireless carriers and their suppliers, as well as providers and manufacturers of wireless data services and products. CTIA advocates on behalf of its members at all levels of government. The association also coordinates the industry's voluntary best practices and initiatives, and sponsors the industry's leading wireless tradeshows. CTIA was founded in 1984 and is based in Washington, DC.