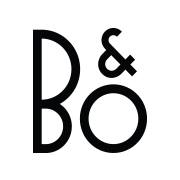 Bang & Olufsen today announced the introduction of a new wireless speaker platform, the first ever to use wireless technology that is robust enough for high-end digital sound, at CEDIA 2013 tradeshow in Denver, Colorado. With the new wireless technology, audiophiles can now enjoy 24-bit, uncompressed music wirelessly. Installers and decorators can achieve cinema-quality surround sound without the wire clutter. The new wireless technology by Bang & Olufsen incorporates WiSA’s (Wireless Speaker and Audio Association) open standard to achieve the ultimate sound performance in multi-channel wireless set up. Therefore, Bang & Olufsen’s next-generation wireless speakers, to be introduced later this fall, will connect to any WiSA compliant third-party television, Blu-ray player, AV receiver or the like – simply, flexibly and brilliantly.

With the introduction of its new wireless speaker platform at CEDIA 2013, Bang & Olufsen is the first brand to incorporate the new WiSA standard into high-end speakers. The Danish company is building the innovative platform into its newest generation of speakers – slated for launch next month – as well as including it in upcoming television releases.

Bang & Olufsen has collaborated with Summit Semiconductor and the WiSA association in the development of the new standard. “Working with Bang & Olufsen’s strong audio team to perfect a high fidelity, wireless audio signal has created industry leading performance for the consumer’s enjoyment,” says Brett Moyer, President and CEO of Summit Semiconductor. “WiSA certification ensures the best available quality in high-definition wireless audio,” says WiSA president Jim Venable. “We are proud to announce that the first brand to achieve the WiSA stamp of approval is also one of the world’s most iconic champions of amazing sound. Bang & Olufsen is paving the way to a new generation of wireless speakers of uncompromising quality.”

The WiSA platform utilizes the relatively uncongested 5.2-5.8 GHz range to avoid interference from other signals, and to provide enough bandwidth to stream 24-bit, uncompressed music at native sampling rates. There are enough channels to drive anything from a pair of speakers to a full-blown 7.1 surround system – without the wires.

Audiophiles and professional installers will be happy to know that Dynamic Frequency Selection enables WiSA-certified speakers to overcome the latency and error problems that plague low-end wireless speaker solutions: annoying pops, clicks and hisses are a thing of the past. Lip synch issues due to compression-induced latency – sometimes on the order of seconds – have been eliminated by the new standard’s fixed latency of just 5ms.

The less technically inclined consumer will also be happy to learn that they can now achieve the ultimate in uncompressed, wireless audio right out of the box. Setup is simple. Wiring mistakes are impossible and interoperability means that Bang & Olufsen wireless speakers will work with any WiSA-compliant television or receiver – whether it’s from Bang & Olufsen or another manufacturer.

“Our engineers have been testing the boundaries of wireless speaker technology for years,” explains Bang & Olufsen CEO Tue Mantoni, “but until today the transmission quality simply hasn’t been reliable and good enough. Now, our investment in this pioneering technology and our collaboration with WiSA pay off as we introduce Bang & Olufsen’s latest innovation in sound, design and technology – we call this Immaculate Wireless Sound. Immaculate Wireless Sound is the biggest innovation from Bang & Olufsen for several years and will form the backbone for a launch of several new speaker products later this year.”

Bang & Olufsen will announce the release of its first Immaculate Wireless Sound speakers in late October.