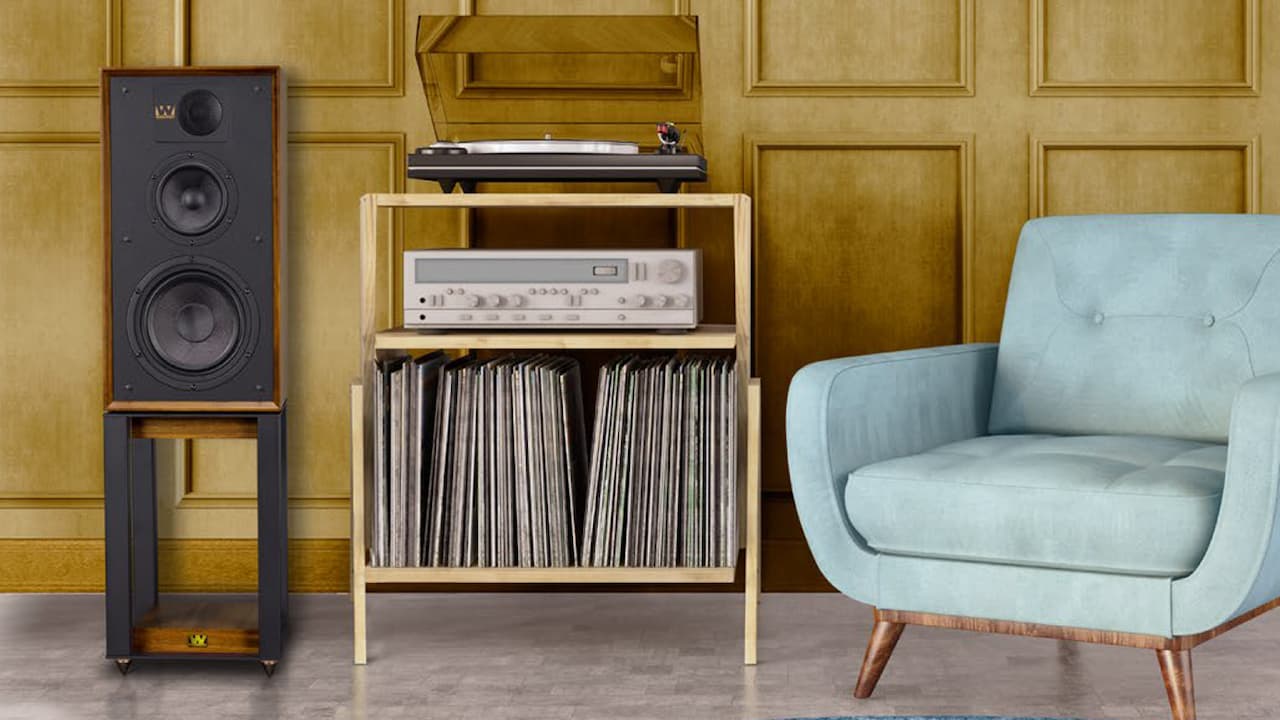 I am old enough to remember being active on BBS Boards in the 1980s and 1990s and remembering what it was like to interact with audiophiles and members of the A/V press at that time. It was crude and nobody had the ability to message one another with a wireless device while standing in line to get a slice so you had to wait to get home from school or work to catch up and read through the very long threads that were often very passionate or somewhat hostile diatribes about specific products. Products like the Wharfedale Linton Heritage would have been all the rage back then; especially with a number of American reviewers at the two major publications who would have argued about the superiority of Vandersteen, Thiel, or Dahlquist.

Social media absorbs far too much of our attention and time in 2022 and in many ways, very little has changed in regard to online behavior. Having made the personal decision to detox from Facebook, Twitter, Reddit, Pinterest, and Instagram, I feel far more productive and mentally healthy.

Instagram might be the lone platform that I miss because the community there feels very different when it comes to high-end audio. There are the usual collection of miscreants who were not raised properly but the vast majority are there to learn and share.

One of the things I love about Instagram is that music lovers are far more creative with their posts than most publications. I’ve added hundreds of new albums to my record collection and Qobuz/Tidal playlists thanks to suggestions from people who have become “friends” and I often find inspiration when it comes to A/V from their posts.

One of the most popular loudspeakers on Instagram are the Wharfedale Linton Heritage and as a customer of the British manufacturer for more than 15 years — I concur with the suggestion from the IG community, that they are fabulous loudspeakers.

A Success 7 Decades in the Making

Wharfedale’s founder, Gilbert Briggs built his first loudspeaker in 1932 in his home in Ilkey, Yorkshire; the town was based in the valley of the river “Wharfe.” Briggs opened Wharfedale Wireless Works in 1933 supplying advanced loudspeaker drivers to the growing radio industry and the company became a leading supplier selling more than 9,000 units per year until the outbreak of World War II. The company flourished after the war and became one of the first companies to offer a two-way loudspeaker in 1945 – the prototype for the modern loudspeaker. Briggs would be quite impressed with the Wharfedale Linton Heritage speakers more than 7 decades later.

Wharfedale introduced the original Linton in 1965 and the model which utilized three drive units developed a strong following with its smooth midrange, punchy low end, and sense of scale. The model disappeared from their line-up in the 1970s but was recently reintroduced as the stand-mounted Linton Heritage. Wharfedale has also designed a custom stand for the Linton Heritage that puts the tweeter around 36” from the floor and includes room for records as well.

The three-way loudspeakers are larger than most bookshelf loudspeakers making the stands a logical accessory to maximize their performance. The modern Linton feature an 8-inch Kevlar cone woofer, 5-inch Kevlar cone midrange driver, and 1-inch soft dome tweeter. Listeners may decide to ditch the woven grille covers, but we think they give the Linton that old-school look that makes them stand out.

Wharfedale designed the Linton with two rear ports which requires giving these loudspeakers some distance from the wall behind them; the 8-inch woofer can deliver the goods playing Led Zeppelin with only 20 watts so don’t confuse old with polite. The Linton Heritage offer all of the midrange resolution and natural sound of the original, but with a lot more detail, speed, and transparency.

They deliver scale and image rather well considering their boxy looking cabinet. If your budget can stretch to $1,800 which includes the stands, the Linton should be on your short list.

What we like the most about the Wharfedale Linton Heritage speakers is that you don’t need to spend a fortune on electronics to really enjoy them and they look great; some people are unhappy that they are manufactured in China but there is no way Wharfedale could manufacture these in the United Kingdom with this level of quality at that price. No way.

I know that everyone can’t pull these 2 to 3 feet out into the room, but it makes a big difference if you can. It also helps if you can angle them towards your listening position as opposed to pointing them directly ahead.

Having lived with a pair of Spendor SP2/3s for almost 8 years, I am painfully aware that speakers like the Linton Heritage (which remind me so much of the Spendor Classic lineup) can produce a “wall of sound” and not image very well if you don’t angle them at your listening position.

The positioning can have a huge impact on the bass response and while you might lose some of the midrange warmth with the drivers pointed directly at your head, the precision of the imaging will improve and you are likely to hear more detail in your recordings.

The stands should also be considered a mandatory accessory.

The Linton Heritage can work well with a lot of different amplifiers; Audiolab, Rotel, Cambridge Audio, Naim, Croft Acoustics, Creek, and vintage amplifiers from Marantz, Audio Research, and Sansui are all solid options.

I’m not sure that I would use really warm sounding amplifiers with the Linton Heritage only because it will be too much of a good thing and my listening experience with them suggests that they could become rather boring over the long haul.

I do think they sound better with 45 watts or more and they will not self-destruct with 200 watts/channel either.

Depending on your budget, the Rotel A14MKII Integrated Amplifier, Croft Phono Integrated, and Naim NAIT 5si will all work really well with the Linton Heritage speakers.

The Rotel A14MkII is an updated version of Rotel’s best-selling A14 integrated amplifier that has a lot of power under the hood. The chassis doesn’t give way just how much grunt there is under the ventilated top cover but it’s there. It delivers 80 watts/channel with a decent MM phono stage.

The Croft Phono Integrated only delivers 45 watts/channel but it sounds far more powerful and has a phenomenal MM phono stage in a no-frills chassis that looks dated as hell. Croft has never spent any money on a fancy box but it sounds sublime with Wharfedale loudspeakers. I’ve used Croft & Wharfedale together for many years and it’s definitely going to be one of my systems when I retire.

Add a Bluesound NODE streamer ($599) and a Naim CD5si CD player ($1690) and you have one really impressive sounding system for under $6,500 that you’re unlikely to upgrade anytime soon.

Finishes: Walnut at Amazon or Red Mahogany at Crutchfield 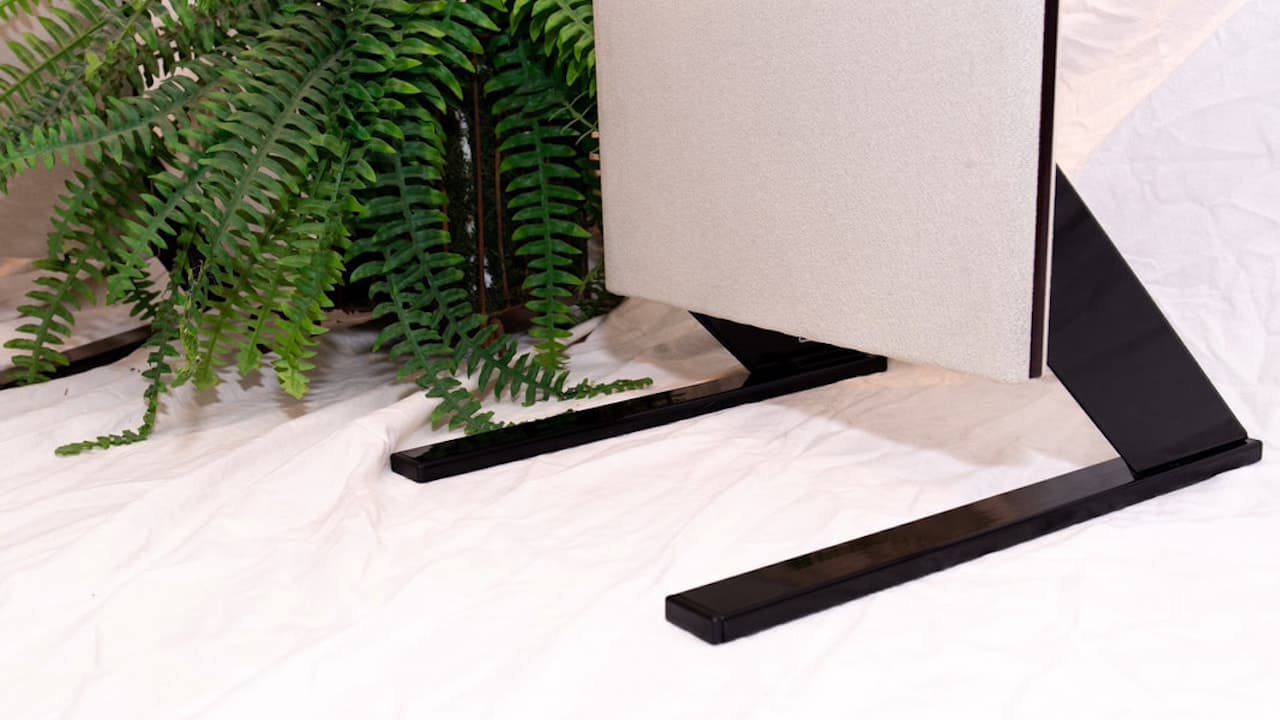 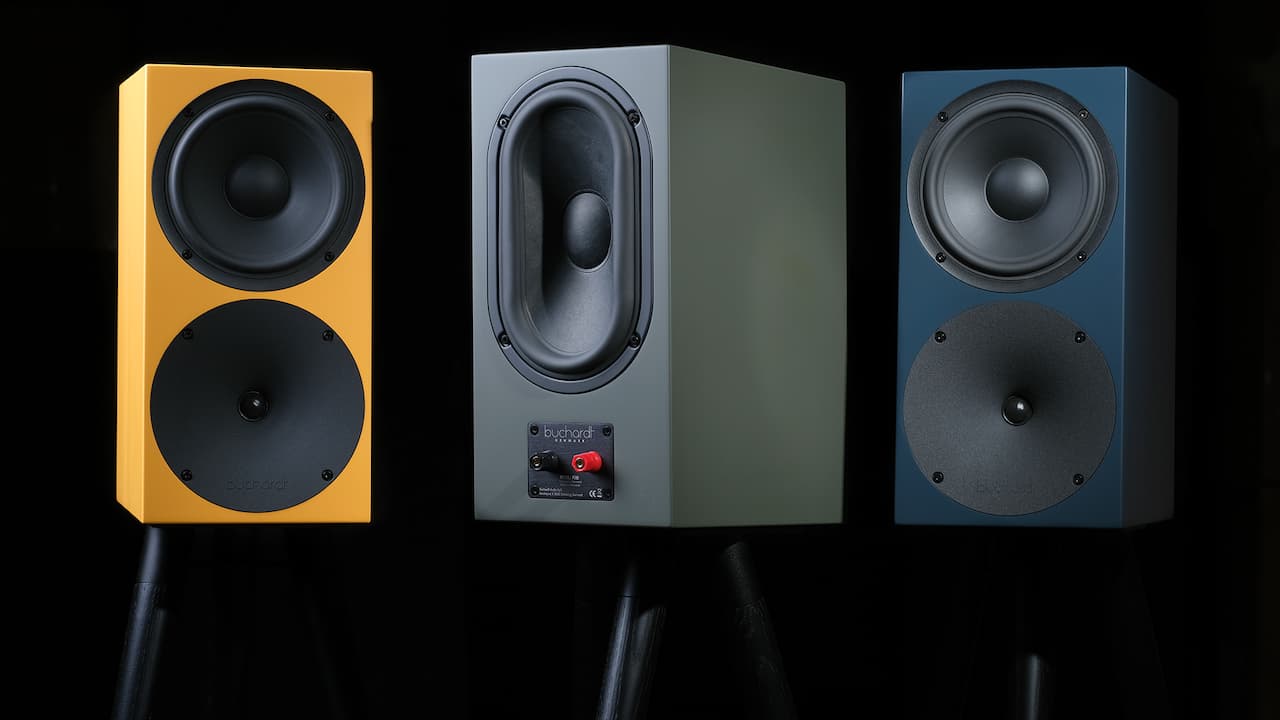 The Buchardt Audio P300 Loudspeakers fill an interesting void around $1,300 and are not fussy about placement. 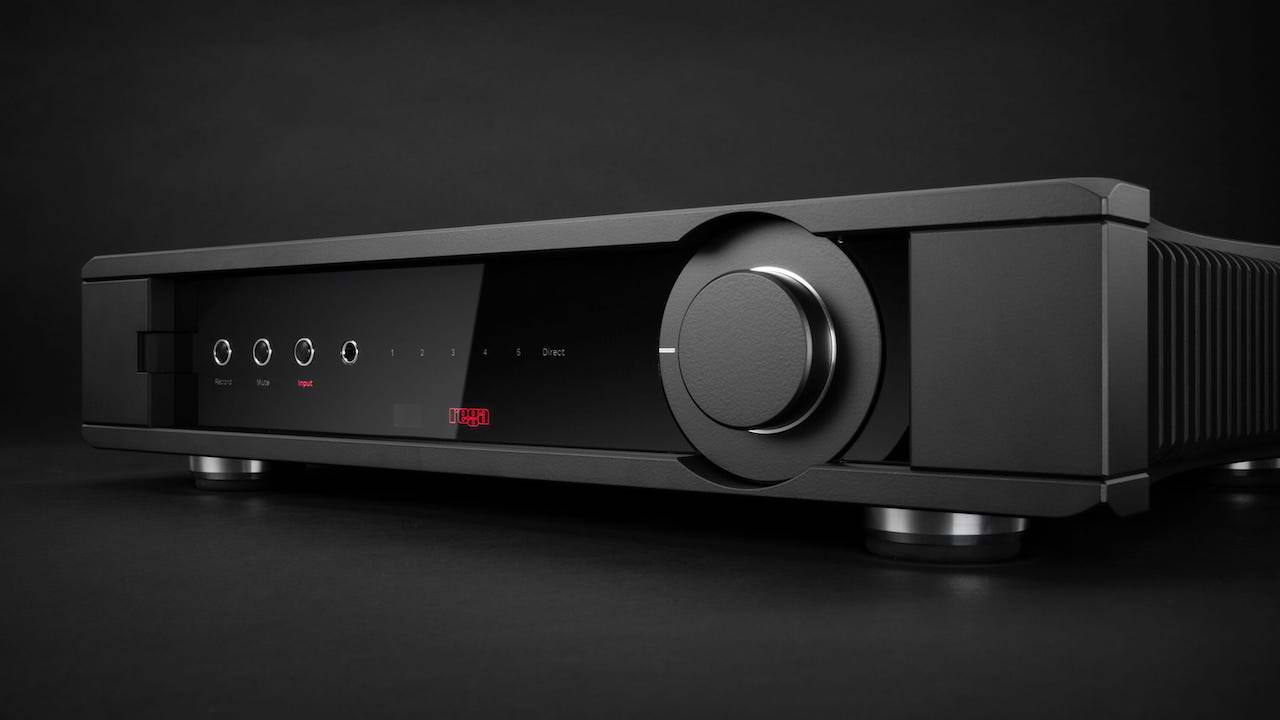 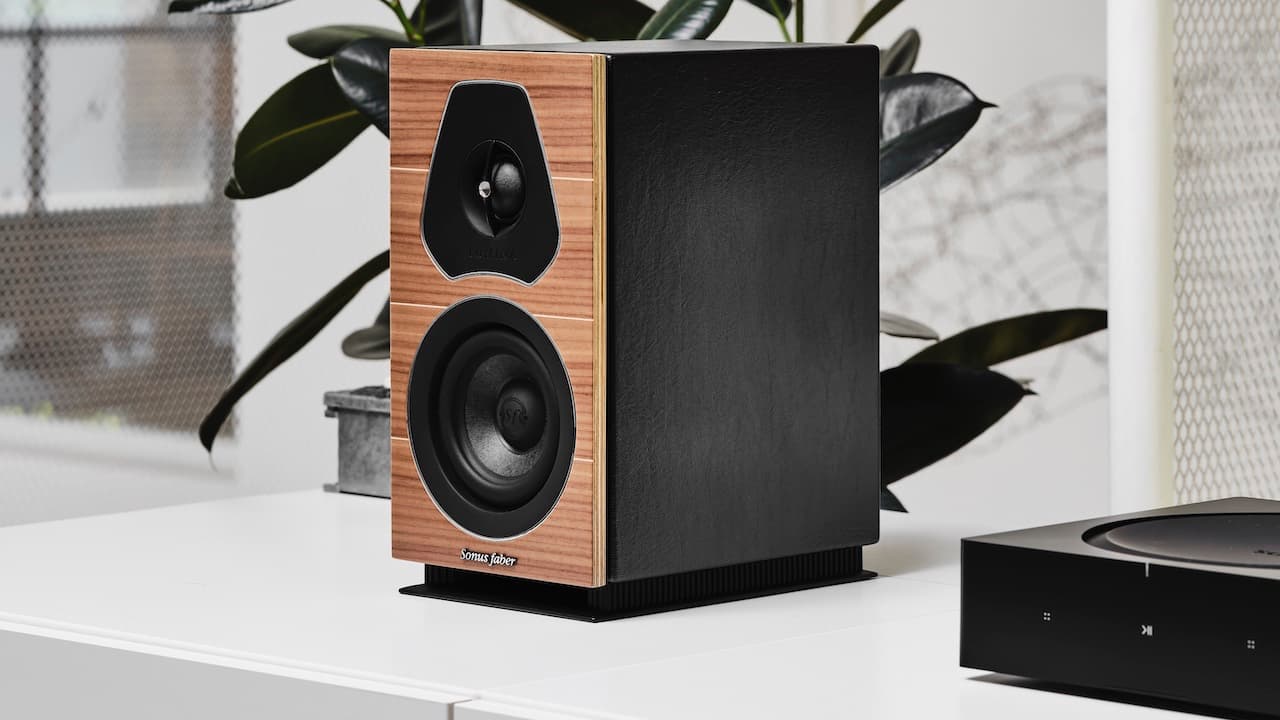