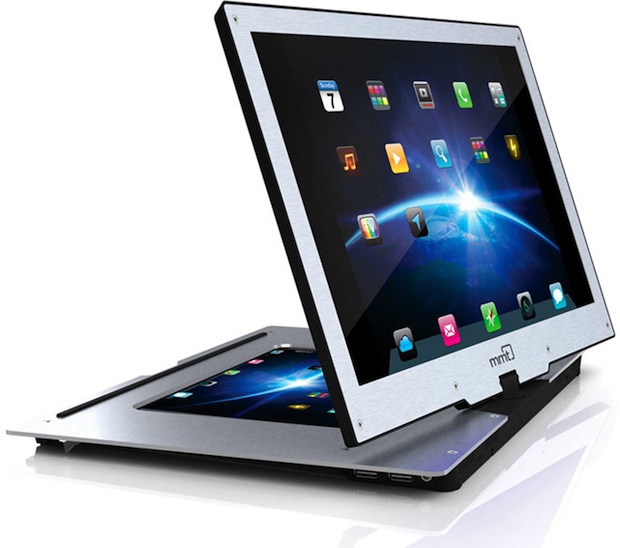 Mobile Monitor Technologies (MMT) announced the 15.6-inch Monitor2Go portable LED-backlit LCD monitor that swivels around 180-degrees. The clamshell monitor includes a dock for iPad 2, as well as USB and HDMI connectivity for use as second monitor with notebooks or smartphones, including the iPhone.

Monitor2Go boasts a 1600×900 HD+ screen that not only extends the displays of USB enabled notebooks and PCs, it also mirrors the displays of Apple devices (iPad, iPhone and iPod) and HDMI compatible smart phones and tablets, as well as carries, protects, and locks the iPad 2.

An industry first, the patent-pending Monitor2Go is constructed in sleek and rugged aluminum designed specifically to house, lock, and transport the iPad 2 as well as work with other mobile devices. And with over 140,000 apps for the iPad, there are likely to be unlimited uses for Monitor2Go’s large, fully rotatable display.

Price and Availability
Monitor2Go will be available mid-April 2012 for under $300.